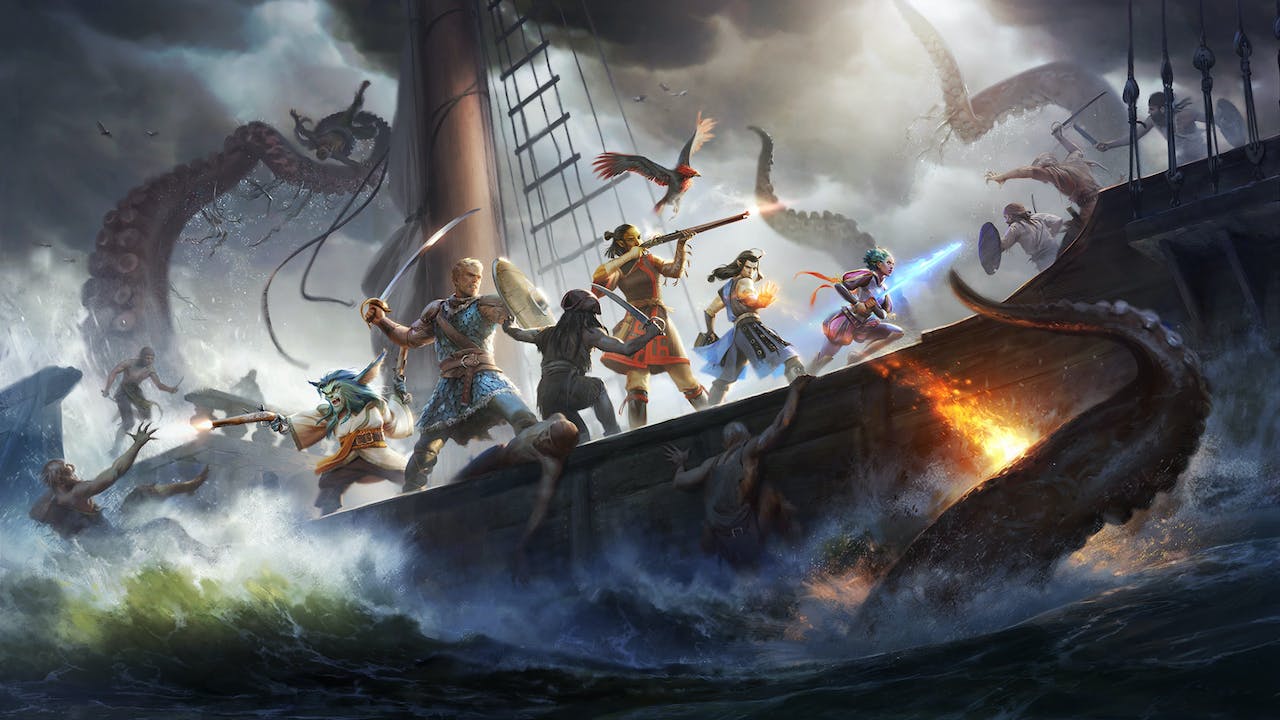 The sequel to one of the highest-rated PC games of all time, Pillars of Eternity II: Deadfire is a party-based, isometric role-playing game with a rich narrative, intricate world design, and tactical combat. Pillars II will be available on PC, Mac,...

Gameplay-wise it looks like more of the same, which is perfectly fine by me! Greatly improved graphics, yadda yadda yadda. They also added NPC schedules ala Ultima 5.

I pledged instantly, and if you want to support great PC CRPGs, you should too.

I really need to play the first one, I haven’t made it past the opening bonfire area, heh.

Backed it! I know I will finish Pillars 1 before this comes out.

I was not thrilled with the combat in Pillars, so I’ll wait for the inevitable sale after launch sometime just to experience the story.

Did you play after they added NPC AI? That improved the game immeasurably for me.

Nope, I actually started playing it around the time of the announcement of that AI being added, so I shelved it and just haven’t found time to go back, its on the todo list!

Did you play after they added NPC AI? That improved the game immeasurably for me.

Didn’t you just cheat your way through the game anyway? :D

Here is how Pillars 1 did, from the kickstarter page. I am surprised they didn’t go back to kickstarter. Is fig better in some way?

It looks like they own Fig so they want to pump it up for other developers to use.

It has a profit sharing model like WMD. (Just checked: I’ve received 30 Euros from my 10 Euro investment.) They don’t take an up front fee. They also have Kickstarter-style rewards.

Obsidian’s CEO Feargus Urquhart is on the board of Fig.

I can’t type the word YAY loud or big enough.

Deadfire is the name of a collection of islands, looks like it’s the location the game takes place. So, like calling it The Sword Coast. /shrug

A new golden age of the Infinity Engine. Our generation is truly blessed.

I feel bad for the steward of Caed Nua.

I feel bad for the steward of Caed Nua.

That’s you-- you play the same character as the first game.

Remember the giant jade statue scattered throughout the endless paths of Caed Nua dungeon? A God comes back to life, possesses the statue, digs itself out of the earth, and basically destroys the place. That’s where the story begins.

Spoilers I guess if you haven’t played PoE, although it’s nothing compared to what’s on the fig page.

I was talking about the lady in the throne. After waiting countless years and numerous failed lords, she was so happy when you restored everything, killed the master below, etc.

Someone on some thread somewhere quoted someone saying something about the party size being reduced down to 5.

5 is ok. On my last run in PoE I used a Chanter so I effectively had a party size of 5 as far as micromanagement goes. Felt pretty good.

I’m quite hyped for this, once I actually gave the combat in PoE a fair shot I really started to enjoy it and appreciate all the balancing that went into it.

Holding out hope for a redesign of the buff/debuff condition spam of the first game too, but I doubt it’ll happen.

I just don’t want to have to care about the difference between Frightened, Scared, Feeling A Bit Tetchy, and The Meat Served For Lunch Was Questionable.