OK, if @Thraeg is a Defilist or whatever, would it be better for me to be a Whipmaster or a Templar? What do you think @malkav11 and @ArmandoPenblade?

I’ve been watching the Rolling Solo playthrough videos to get an idea about the rules.

Do what you’d rather play. They all work, and the SoS ones have a few specific tricks to interact with the SoS systems, too.

Ok, I’ll be the Whipmaster then just because I really like the peacock feathers 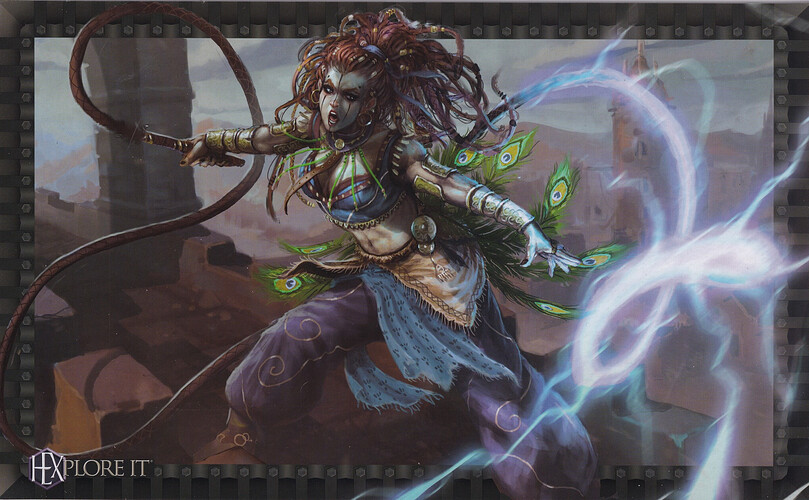 No preference at this point. I’m open to trying whatever.

I’ll have more time to do initial setup, fill out stats, etc later but for now, presenting our party:
@Matt_W as the Empowered Troll Whip Master

Please feel free to come up with names and elaborate backstories for your doom…I mean, valiant adventurers.

Edit: Okay, calculated the numbers, and put them in this spreadsheet.

Before you do anything else in the game, you can spend any or all of your ten starting gold on Gear Upgrades for your stats. Abilities start at 4 gold for the first Rank you purchase as Gear, and go up 1 gold each time from there. Skills, 3 gold etc. Vitals, 2 and up. (The ring around each stat is the gear ranks and their costs.)

General thoughts: y’all suck at skills. Especially survival. Holy shit. Three of you kind of really need survival (well, 2 of you if our Metabolic Trap Specialist can get some Metabolic ranks going) or you’re going to be starving in the Wastes constantly. (Speaking of which, you might want to save some gold for buying rations - they’re 2 gold plus a surcharge from whichever Caravan Master is at the nearest Caravansary, or just 2 at a city bazaar. Up to y’all, though - some enemies also drop food and most will drop gold.) Mando, you’re kind of unprepared for this whole frontline fighting gig with a whole 1 point of attack and 3 health. Thraeg, you really want to get at least one more point of Ectoplasmic Growth because you don’t get to actually get any Mutations when you use it until you have 3 points of it. Which, you would normally start with, but…you’re Headstrong. Tough luck! Let me know which gear if any y’all would like to grab. Keep in mind after this you won’t be able to buy gear usually except in City-States, and they’ll only offer specific stats.