Play the best game of 2006 on your Playstation 4 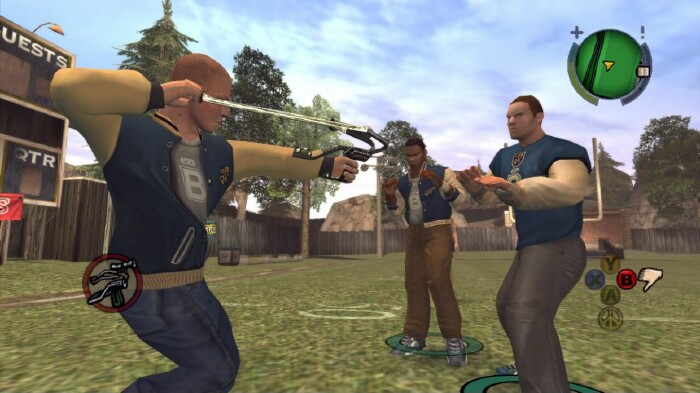 It's a shame that it's not a remaster of one of the scholarship editions. They made it for PC and Wii also.

Ahhh, the halcyon days of when tom chick was beholden to the "gameplay/graphics/sound" format

What do the Scholarship Editions add? Am I going to have to play one of those to best re-appreciate Bully?

I still have my Bully dodgeball and locker-shaped PS2 box.

The Scholarship Edition has 8 new missions and a few new characters plus 4 new classes: Biology (dissect a frog minigame), Music (button synch minigame), Geography (match the name/shape of the country to a map) and Math (jumbled math trivia game). They also added some single-console, 2-player-vs. "multiplayer" stuff, but it's not good at all.

Ah thanks, actually, I had the exact same question as Tom. My thinking is that if I'm going to pay for the game again, I'd rather go for a version that has some new stuff I've never seen.

I was not a huge fan of the new minigames, at least on 360 back in the day. I own the PC version because I love Bully so much but since I actually beat it on PS2 (I think the only Rockstar game I've ever beaten) I've never gotten around to diving back in to see the new missions.

The modern ports of Vice City and San Andreas were buggy and very sloppy. This game will probably get the same treatment.