I believe you’re thinking of https://www.hotstock.io/us

Finally scored one from Amazon!

Hooray! I’m so happy to see people who are actually going to use them get their hands on them. What’s your first game planned? Besides Astro’s Playroom, that is.

I got Demons Souls and Miles Morales/Spiderman for Christmas!

Congrats! Those are the same two I started with, and both were fantastic.

Astro’s playroom is so ridiculously fun. Really enjoying it. Also having fun with Spider-Man remastered. Demons Souls I got for Xmas but only played the intro so far. Gorgeous.

Astro is a really good time and it’s worth playing a bit beyond finishing all the worlds. The speed run challenges are a good time.

I also really want Horizon Zero Dawn - I see a PS5 specific version is coming next year, and I loved that game on PS4 and have nearly pulled the trigger on the PC version several times (I never did play the expansion), and now I’m kind of glad I waited to play it on a big HDR TV on the PS5 some time.

Oh nice. I played a bit of that on PS4 but didn’t finish it. I tested it out on the PS5 but it was still locked at 30fps which made it feel clunky next to Miles Morales and Ghost of Tsushima, so I shelved it again. Glad to hear that they will be doing an update for it.

Wait, have they announced an official update for the original game aside from the sequel?

Fabulous if so, but I must have missed it.

Is there a link you have for them updating Horizon: Zero Dawn? I don’t think that’s been announced. There is a sequel coming, but Guerilla hasn’t said they’re doing work on the original game for PS5 that I have seen (and I searched…).

Oh man, sorry guys - you know what, it was the sequel to Horizon - Forbidden West, looks like, that I had seen and somehow just conflated it with the existing HZD. Dumb of me, I had completely forgotten they announced a sequel.

Well, shit, maybe I should grab HZD to play on PC after all?

There may be some technical reason they don’t want to revisit the original. I think Killzone was already an unlocked framerate which is why it went right to 60 with PS5. It’s possible also they’ll do a true PS5 remaster and try to charge everyone $30 again too.

I’d like to think they’d have a free upgrade for folks that own the PS4 version, but I guess you can never tell.

Since the sequel is coming and it’s something I’d be super excited to own a PS5 for, I just grabbed HZD complete off Steam (GMG had a key for $35 no tax) and it runs like a damned dream on my PC, so this will do just fine, I suspect. I’ll miss the HDR though, but probably not as much as I’ll love the load times on an SSD and the high frame rates. 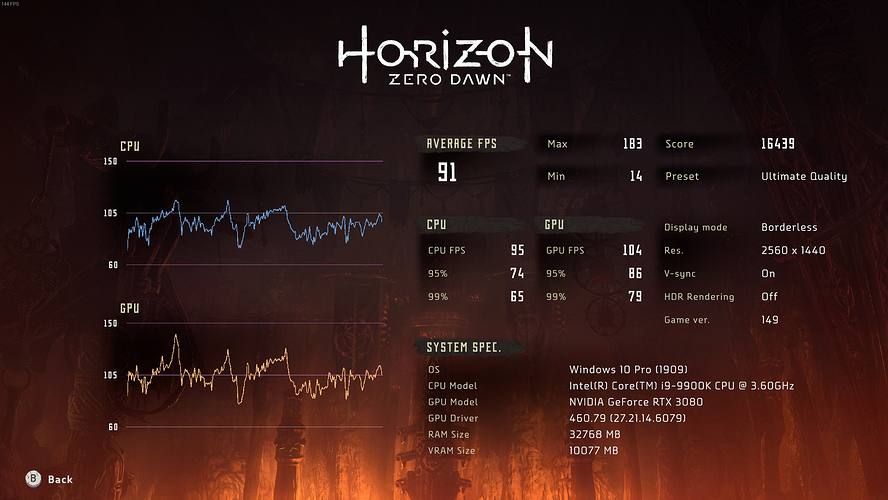 My unbricked PS5 is back. I will probably get Demons Souls. But I’m looking at their services, and there’s PS Now and PS Plus. Plus looks like what I need to play online, but it has some game unlocks too. PS Now looks like Sony’s Gamepass, but also allows online play. Why are these separate services?? Which one am I supposed to get?

You just need Plus, and it gets you a couple of games each month plus a backlog of PS4 games on the PS5. Now is their streaming service/gamepass like. As to why both man I dunno man blame Microsoft for introducing Live all those years ago…

PS+ - multiplayer, cloud saves, game rental library that grows the longer you have it.

PS Now - Huge selection of game rentals. Fantastic if you never owned a PS3 or you like the weird stuff. PS4 games available with the service are mostly indies & old stuff.

There has been a lot of overlap between the games. It’s not really worth having both unless you get a big discount. PS+ changes the games in a couple days so if you’d like to play Bugsnax sign up now.

If you’re not interested in renting games, PS3 streaming or multiplayer you can ignore both services. The games they offer are usually only slightly more expensive for permanent licenses.

PS Now has a pretty poor selection of downloadable PS4 games compared to the AAA titles available in Game Pass. It’s still primarily a streaming service for PS3 games, which can be played on your Windows PC.

My son’s PS5 has arrived, we just moved him to his new townhouse for his new life stage (he just finished community college up and is now going to a university to focus on his specialty, psychiatry) and it shows up the next day (on a Sunday, puzzlingly). He’s driving back up to pick it up, haha, I knew he couldn’t let it sit here “until the next time he comes down”. :)

Mine should be here next week, but I’m still a little jealous he gets to play it tonight (Demon’s Souls is the game both of us are the most jazzed for, so I assume that’s what he’ll start when he gets back to his apartment).

That said PS+ on PS5 gets you access to a pretty good selection of PS4 games.