Yeah, I noticed that when they first announced the PS5. That the sideways placement had the disc drive on the underside, not “on top” like with all other consoles.

Please review your consoles orientation in a non judgemental fashion. Yeah, I noticed that when they first announced the PS5. That the sideways placement had the disc drive on the underside, not “on top” like with all other consoles.

I have mine standing upright anyway, so it’s not really an issue, but it feels strange to have the “bottom” of the PS5 disc point “outwards” away from the center of the device.

it feels strange to have the “bottom” of the PS5 disc point “outwards” away from the center of the device.

Yeah, presumably it’s because the central core hardware of the console is shared between the disc and digital versions. It’s probably much easier for engineering to bolt on a disc tumor in the periphery than to shift the existing hardware around to make room.

That makes a lot of sense, for sure.

I made the same mistake when I inserted my first disk.

And hey, I’d love some PSN friend requests. I only signed up for PS+ a couple of months ago so I’ve got few friends. I go by papacheepa on PSN.

I haven’t tried a disc yet. I assume it just what spits it out when i can’t read it and then I know to turn it around? Problem solved.

It doesn’t spit it out. It just shows the disk as unreadable. That’s what messed me up for a minute or two.

That seems… odd. I mean it’s been a long time since I’ve put a disk in incorrectly, but didn’t even the Wii spit it out?

Most of the time yeah, it will spit the disc out - just about every device since DVD players do this. That’s why I panicked for a bit thinking my disc was defective. Like I said, just a PSA.

The Series X doesn’t spit out an incorrectly inserted disc either.

I’m Thraeg on PSN (and pretty much every other platform).

I posted like the first day about the disc being upside down when I tried to play Modern Warfare. Cleaned the disc and everything before I finally figured it out.

Yeah, gave me a bit of a fright when it said the disc was “unreadable” so on a whim I tried flipping it so the silver side was up (if it were resting on it’s side) and sliding it in and that did the trick. Super odd.

If the PS5 is resting on its side, the disc drive is on the lower half of the machine, as @Becoming shows.

The disc doesn’t go in upside down, in that orientation it goes in with the label up, silver side down. The stand for the console doesn’t accommodate orienting the machine horizontally the other way. It’s either vertical, or disc drive low.

Yup, I remembered. But I thought you meant the OTHER upside down when you posted. It’s like USB-A connector. You have to try it first.

Damn, that thing is YUGE.

It took me awhile to find your playstation in that picture. :)

Damn, that thing is YUGE.

I think it’s a trick. I’ve certainly never seen the PS5 look that huge before. I think Scott has a small TV, which is making the PS5 look larger than it is.

It took me awhile to find your playstation in that picture. :)

LOL and then once you see it, you can’t unsee it. I took a bit of time cleaning up my console gaming area of my “nerditorium” (that’s what my wife calls my room full of Cool Stuff) because my son pointed out when I sent him that image that I should put it up on something, so the nearby (not picture above) end table that previously had stacks of my paintings is now cleared off and I’ve moved it there (and this time I installed the stand). 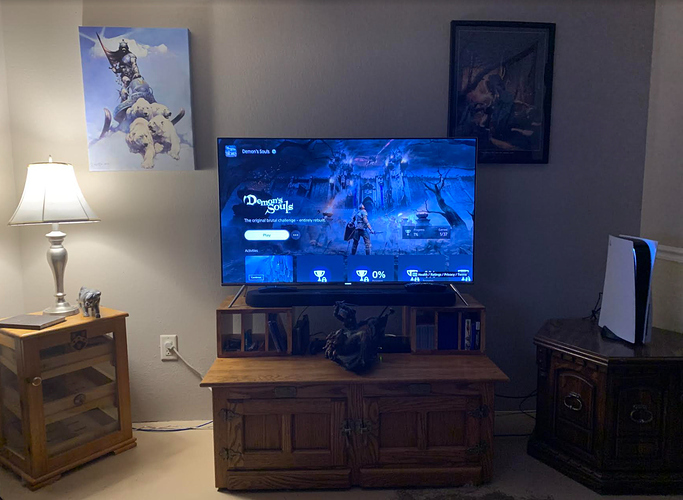 I put about 2 hours into Demon’s Souls once I got things set up and the game updated (which was an extra half an hour of waiting to play because I didn’t see @DaveLong post about the drive orientation when he posted it, or if I did I didn’t register/understand it). Thankfully no harm done, and I was off.

Dark Souls is a franchise I really love and I’ve put a lot of time into, but the first game in the series (this one) I barely played and when I did I gave up early. My son pointed out that this is a rough entry point into the Souls game franchise, and I think he’s correct. However, now these games are less of an enigma I’m having an absolute blast playing this and it’s almost all new to me, as I barely made progress (I’m not sure I ever beat the first boss, something I just did this time without dying - though I am playing a wizard in “baby mode”, to be fair).

It looks so good on my Samsung KS8000. The HDR and lightning alone are worth the price of admission, let alone the textures and other visual goodies. 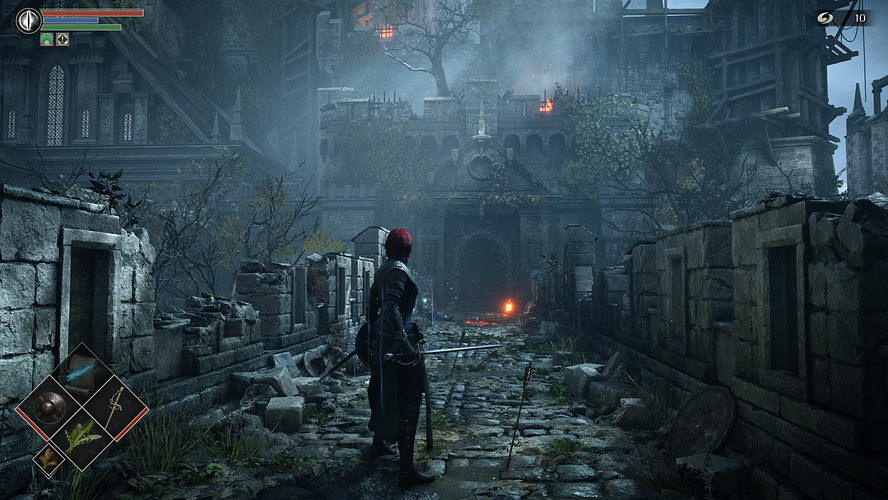 Here is a short 30 second clip of what it looks like to obliterate fools with wizard fire. 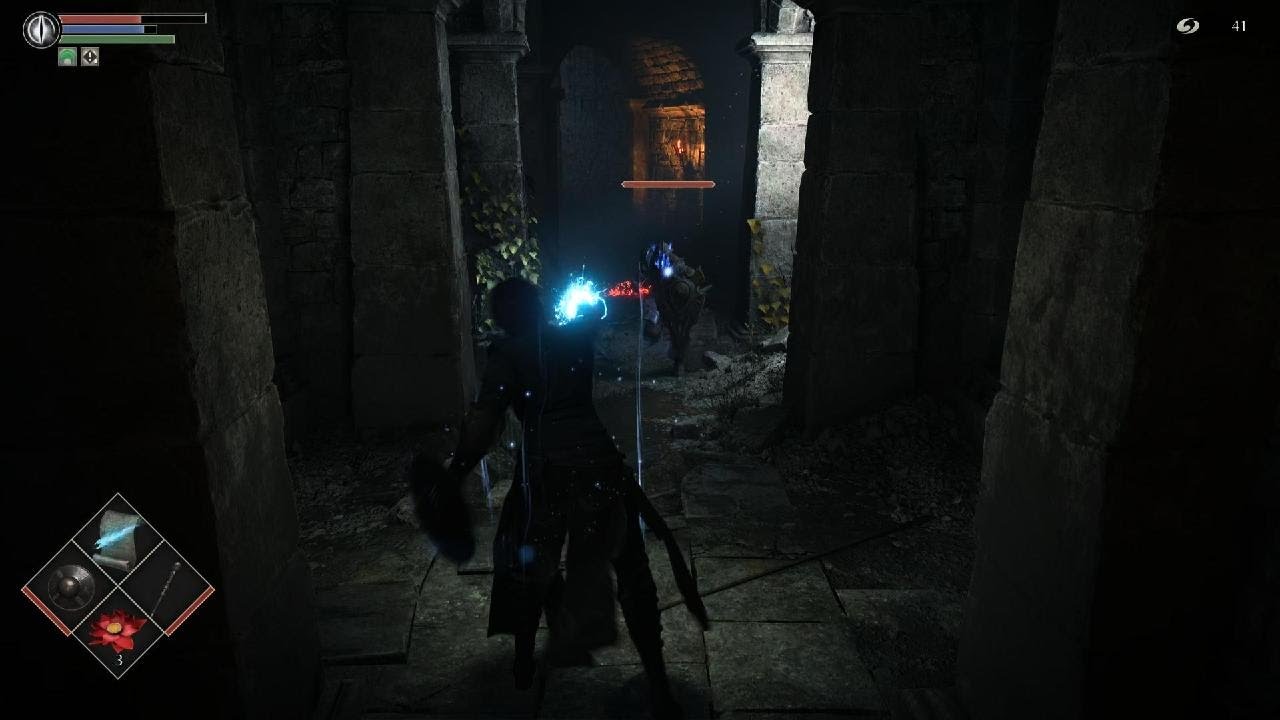 I like the updates to the Share (screenshots/video clips) as it is easier to fine tune what you want to upload/share on the fly, plus what you want to capture, and you can go back and capture a LOT of “previous” footage, which is fantastic.

The controller does feel excellent, and the speakers built into it sound really good and add a lot to the experience when sound comes out of them!

I’m going to break for a late supper, but so far so good.

The controller does feel excellent, and the speakers built into it sound really good and add a lot to the experience when sound comes out of them!

Definitely put some time into Astro as that really shows off the controller more than anything else so far.