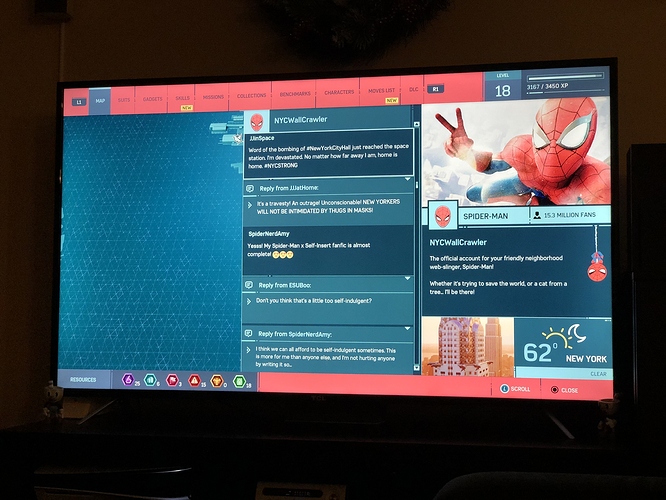 For the record, Ghost of Tsushima runs absolutely flawlessly on the PS4. Probably the single best execution of any game on that system in the entire generation. With an SSD, the load times were essentially non-existent, a truly amazing achievement.

This!! I’ve said it like 5 times the last couple of weeks. All major games after GoT have been too heavy for a regular PS4 to handle (without SSD).
I don’t have an SSD, and I had absolutely no loading times at all in GoT. Jump to AC Valhalla, where I can go make a cup of coffee while the game is loading my save…
Even talking to a merchant has a load time of 4 - 10 seconds. Sheesh.

I’m playing PS5 way more than I ever played my PS4 so need to get some friends.

Wow you weren’t kidding about load times on the PS4 with Valhalla. This video shows a PS4 Pro taking over two and a half minutes to load a savegame vs 26 secs on the PS5. Crazy.

I’m quickly getting spoiled by the PS5.

One thing that’s super noticeable is the snappiness of the store. I’m not sure I like the layout as much as the prior store, but I sure do love the performance of it. I used to buy stuff on the web site more often, but I don’t worry about that anymore.

I also appreciate the way they’ve separated the gaming and media ribbons from one another in the user interface. It’s a small change, but it’s just much nicer to have things contained that way compared to PS4.

Obviously, the in game performance is fantastic. I’ve got mine set to Performance Mode because I want framerate over graphics 99% of the time since I play competitive shooters quite a lot, but even then games are so pretty, load fast, and the gameplay is super snappy. It’s made me a lot less inclined to upgrade to a 3080 at my PC until those cards are readily available. I just don’t need it right now.

…oh, and edit to add that the sharing stuff is soooo much better. I love being able to capture quick snippets of gameplay or longer videos in a few button pushes. If you want to send those clips to your friends on PS5, that’s even easier now too. You just share it to a group chat. Very cool.

The PS5 has surpassed my expectations thus far. Pretty much everything is a significant step up: loading times, framerates, controller usability, etc. To echo others, the performance improvements alone are worth the purchase; I loved my PS4 Pro but the loading times were frequently annoying.

I hope supply issues can be resolved soon, this is a very exciting time for gamers!

If I have one complaint, it’s that they didn’t put buttons on the back of the controller, and/or offer a back button attachment at launch. I’ve become reliant on the BBA on the PS4 so much so that I bought two of them for my controller rotation charging. I use it extensively in FPS games as it allows me to ping targets/locations without ever stopping movement. You can see me do it in this clip from last night. (If you don’t play Warzone, pinging live targets is hugely beneficial. You’ll see the red dot I get when I quick ping the guy running before I take the one shot…) 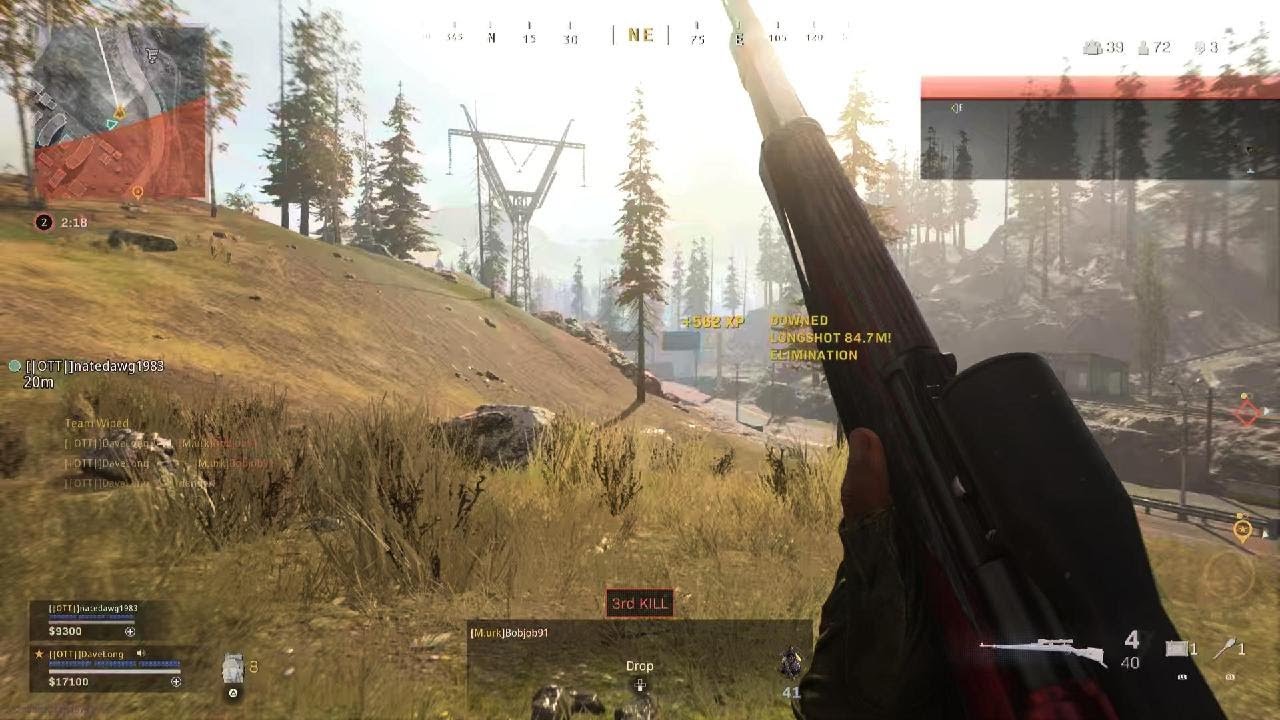 If I have one complaint, it’s that they didn’t put buttons on the back of the controller, and/or offer a back button attachment at launch.

Yeah, this is one of Sony’s greatest oversights at this point.
I honestly do not understand why they don’t make an “elite” version of their controller. We know from the XBox example (or other 3rd party back button options for the PS4) that they absolutely will make BANK on it.

And I guarantee Sony would be able to do a better job than the 3rd party trash that’s out there currently.

They already have the BBA, so just a PS5 fitting version of that would be fine. I don’t even need them to produce a $100 version of the standard gamepad.

I’m pretty sure right now it’s a launch problem. There is only so much manufacturing you can do with such high demand so everything needs to be as uniform as possible to produce it as quickly as possible, hence one color consoles and outer shells that can surround either a disc or discless version of the PS5 via one panel being swapped.

Hopefully it’s just a matter of time before a new version of the BBA appears for PS5 controllers.

They already have the BBA, so just a PS5 fitting version of that would be fine. I don’t even need them to produce a $100 version of the standard gamepad.

Having both, I’m sorry… but it’s really not comparable.
I mean, first, it only has 2 buttons… second, because it’s just a bolt-on attachment, it’s inherently less comfortable.

But I would love if Sony made something on par with the Elite controller, with metal paddles that won’t break like every scuf offering inevitably does.

Hopefully it’s just a matter of time before a new version of the BBA appears for PS5 controllers.

I’d much rather they build a new controller with paddles more integrated into the actual controller, rather than just stuck on the back.

There’s the proper way to set up a PlayStation 5. And then there’s the improper way, a method that has been utilized by such prolific users as (apparently) a PlayStation executive and (definitely) yours truly. Yes, I’ve had my PS5 upside down since...

I waited on PS3 and PS4 to get the slim models. I figured PS5 would also need a couple years before it solved heat and noise problems. Instead, the reviews all indicate that it’s cool and quiet. I’m more and more convinced to get initial hardware. This has the adverse effect of making me not play any of the stack of Black Friday games, because why should I waste time on loading screens. I also guess a PS5 running PS4 games acts at least like a PS4 Pro, if the developers did nothing specific for that game on PS5.

For folks with a PS5, have you compared its loudness to earlier PS consoles? (Please let it be silent.)

It basically makes no noise at all. It’s quiet and if it’s hot, I would never know as it stands next to my TV in use a lot of the day. No game I’ve played has made a fan come on that is audible.

The only sound that I’ve ever heard is the disc occasionally spinning up. I bought a couple of PS4 games on disc because they were on extreme sale. Owning the physical versions of those gives you the free PS5 download versions. I’ve never played the PS4 discs, but you do need to leave the game disc in the drive to prove you have a right to play the digital PS5 upgrade.

And I’m coming from a PS4 Pro that frequently sounded like a jet readying for takeoff. Playing the digital versions of the same games is totally silent.

I usually wait until my PS4 stops disk accessing because it’s so loud. Always half-expect it to spit the disk out it sounds so out of control.

Thanks for the info! The disc spin-up for validation seems like it will be the same as the PS4. Now I’m feeling giddy–this will be a real thing. Waiting for stock is like Christmas as a kid with no sense of time. Is it today? Though, sorry to all the games on pause. I just want you to be better.

It seems like PS5’s are getting easier to get. Best Buy’s site had them available for almost an hour on Thursday.

Yeah but the start-up, I’m doing something sounds the PS4 makes I am not hearing with PS5. You’re right, it’s pretty quiet, but there are some moving parts in there.

Not in my experience. I saw all the notifications about them being in stock but Best Buy was just putting a small number up every couple minutes and despite me babysitting it for 30+ minutes there was never even close to a remote opportunity for me to get one.