What is the future for the Afghanistan? Can they hold together as a nation, or will it fall apart and Balkanize? How much will the Taliban control what happens next, and how much will US diplomacy matter? 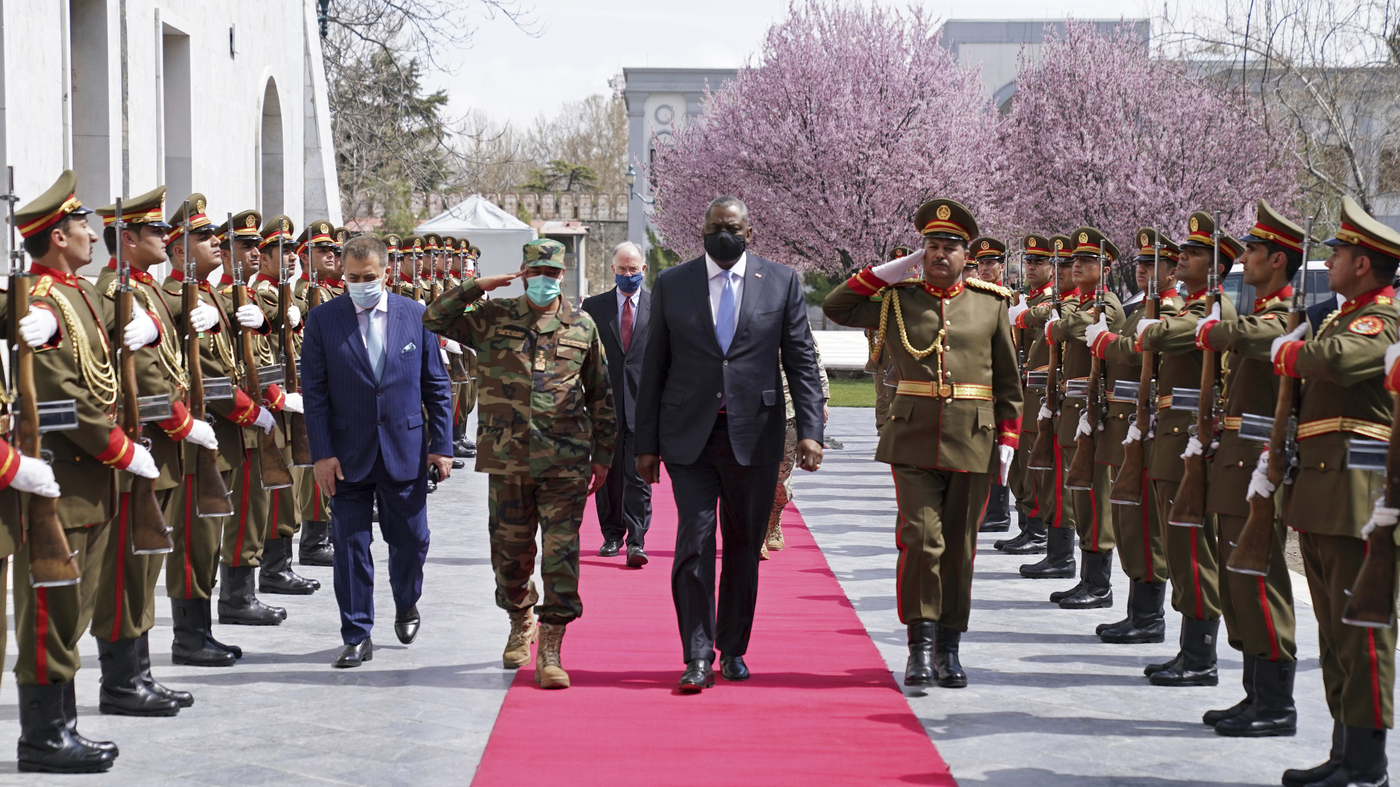 Can The Afghan Army Hold Off The Taliban Without The U.S.?

The Afghan military remains heavily dependent on U.S. equipment, training and money. It's far from clear how effective this U.S. assistance will be once American troops are gone.

A vehicle packed with explosive devices parked near the entrance door of Sayed Al-Shohada High School in Barchi of Kabul at 4:30 PM. As girl students--mainly 9th graders--crowded on the street, the vehicle exploded. At least 40 students are killed, and over 50 others are injured. https://t.co/o0qn0vF5ta

This is about the same school: aljazeera.com/program/101-ea… 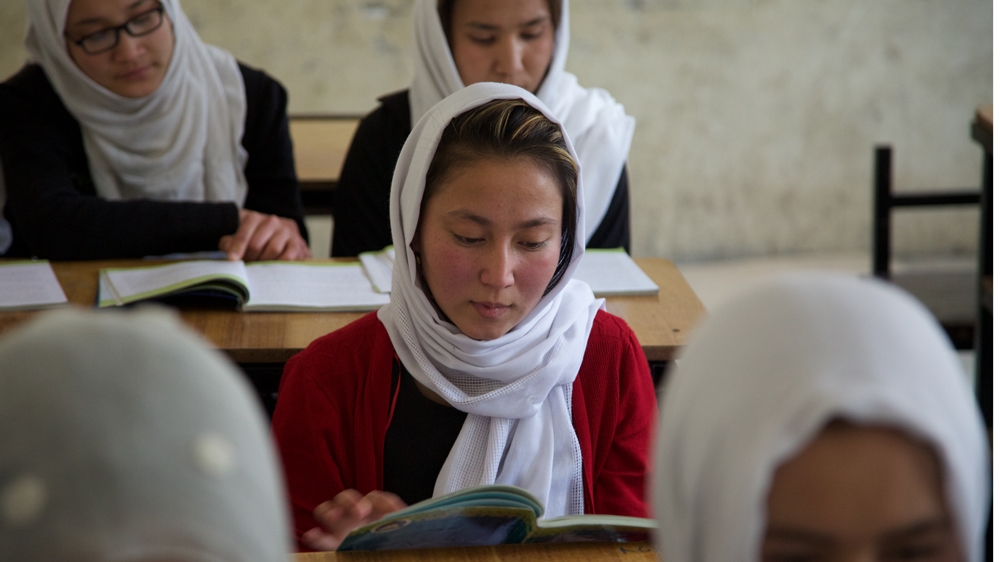 Why are so few Afghan girls in school, despite the international community investing billions into girls’ education?

I went hospital to hospital in search a friend's sister. All I saw was martyred, wounded young girls brought in and moms sobbing for their lost ones.
sillhouette May 8, 2021, 5:06pm #2

Opinion | The U.S. Still Has Leverage In Afghanistan. Here’s How to Keep It

After two postings in Kabul, I worry what comes after our September pullout. But we can still keep faith with the Afghan people.

So, what’s with people complaining that we are saying Afghanistan people instead of the specific ethnic group being targeted?

I mean, I get it. There are different groups there and like in pretty much everywhere I’m sure that’s a driver for the violence. I don’t think most Americans are going to recognize the various ethnic groups or understand how they relate, though.

It seems an important distinction to understand if you’re involved in Afghanistan as a soldier, diplomat, policy maker, etc. but for the American public reading the news I think the important thing is informing that 50 people are dead so I can understand if it’s reported that way.

A bigger problem with the framing of the whole question of “whither Afghanistan?” is that we often frame things as helping the people of Afghanistan, but the struggle there is between different groups within Afghanistan. That is, the Taliban, murderous and horrible as they (IMO at least) are, are also part of Afghanistan. What we really mean when we talk about aiding a country’s people is aiding those with whom we share some affinity, values, or other commonality. Which is fine, but it complicates things if your policy is effectively compromised because it is based on the erroneous idea that the “bad guys” are somehow not just as authentically indigenous as the “good guys.”

Well, we can probably cross out groups that support the bombing if schools and girls as a start.

The conflict between Taliban-type fundamentalists Pashtuns and Afghans wishing to live in a more normal state (or even an Islamic state with a nod to modernity like Iran) predates even the Soviet invasion. It’s not helped that the Pakistanis see the Taliban as the key to security on their northwest frontier.

We identify certain political groups and affinities within our own country as the “bad guys”, weird that we can’t do the same for a foreign country - especially when they are objectively bad by killing children.

It all depends on whether we intend to fight/boogeyman those groups, or let them be stakeholders (ie supporting odious landowners, drug dealers, warlords, dictators is part of the foreign policy sausage)

Folks are misreading what I’m saying. I’m not disagreeing the Taliban are scum (see where I say as much in my post), I’m speaking about policy. You can’t expect good results by imposing external perceptions on a complex internal situation. You can conquer, you can exterminate, or you can occupy, if you have the willpower, but if you want a lasting, indigenous situation that matches up with what we would consider desirable you have to change the minds of the people wherever you are. Especially the minds of those who disagree with you.

I mean, we have tried killing them, but leaving aside moral issues, it simply has proven impossible to kill enough of the bad guys to leave only the good guys. In fact, such application of violence tends to shift people from the good to the bad camps. The situation is not a binary. People in Afghanistan are no more monochromatic in their ideas than Americans are. Aghanis can be Pushtun and progressive, Hazara and anti-American, or basically apolitical and not terribly religious but strongly nationalistic, etc. It is impossible for an outside force to push such a diverse population into one set of ideas. You can cajole, you can encourage, and yes you can use force to create the conditions under which such shifts can happen (arguably what we tried to do) but in the end, if the horse won’t drink doesn’t matter how close to the water you lead it.

On the other hand, if keeping a small presence there indefinitely is the price to pay for forestalling a Khmer Rouge-style genocide, maybe that;s a moral obligation. We certainly have kept more troops in Korea and Germany for generations.

We certainly have kept more troops in Korea and Germany for generations.

Also true of many Afghans, probably the majority.

Well, that’s the question, isn’t it. I don’t think there are too many folks in S. Korea and Germany who really hate us and view us as a military enemy. (I acknowledge I previously said “want us there” but now I’m talking about “do not not want us there”, which is logically distinct (if you’ll pardon the double negative).) And presumably their leaders value our troops for the strategic security they provide. I just don’t think the same concerns apply to Afghanistan.

(edit: in response to Antlers, sorry for any confusion)

Hence the 20 years of armed resistance to our presence there.

I feel like if we were going to do any good in Afghanistan, it would have happened at some point in the last 2 decades.

We’ve spent decades trying to build and equip a competent Afghan army and it’s a miserable failure. And it’s not for lack of trying and funding.

On the other hand, if keeping a small presence there indefinitely is the price to pay for forestalling a Khmer Rouge-style genocide, maybe that;s a moral obligation. We certainly have kept more troops in Korea and Germany for generations.

Absolutely. That is a reasonable and measured goal. The challenge is, what do those forces do when something happens? The mere presence of troops obviously does not stop attacks. Finding some way to have a meaningful presence that actually protects without being fully engaged in a counter-insurgency is tricky. But I agree, certainly justified.

We certainly have kept more troops in Korea and Germany for generations.

Very different missions. We have been successful at preventing the soviets from running through Europe and at preventing North Korea from invading the South.

In addition, the troops we have in Germany and South Korea aren’t getting shot at and dying regularly.

We have been very unsuccessful at trying to stabilize Afghanistan as a country and we and others have been trying for dozens of years.