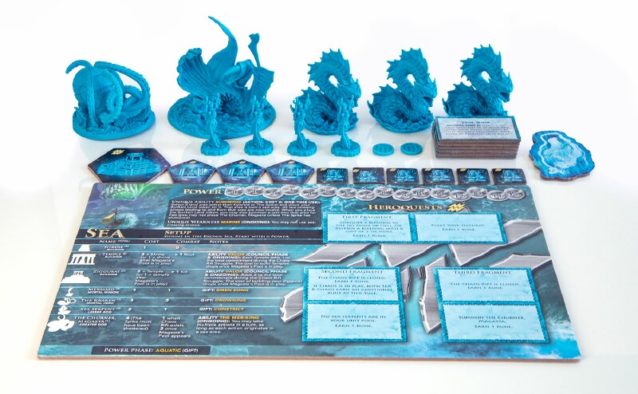 How can you have crusades without a holy land, why is Princess Leia so darn predictable, and what good is a race of duck people in a war among gods?

You really don’t remember
was it something that he said?
All the voices in your head
calling Glorantha?

You can totally have Crusades without the Holy Land! Have you never heard of the Northern Crusades? I’m also guessing you never watched Alexander Nevskii.

It’s great that you can convert the Prussians in Crusaders: When Will They Be Done? Hassan did a great job of selling me on this one. Nice job, Hassan!

Also, Tom totally crushed my enthusiasm for Star Wars: Outer Limits but got me all excited about Firefly. So good job on that, too.

Also, Tom totally crushed my enthusiasm for Star Wars: Outer Limits but got me all excited about Firefly. So good job on that, too.

Firefly is great, but as was mentioned in another thread, you’ll want the expansions, at which point it really sprawls. Like, one of the biggest table real estate hogs I’ve ever seen. But if you want solo play for fly/fight/trade space adventure, you want Xia: Legends of a Drift System for the sandbox and Xia: Embers of a Forsaken Star add-on for the solitaire. I assumed the base game was readily available: 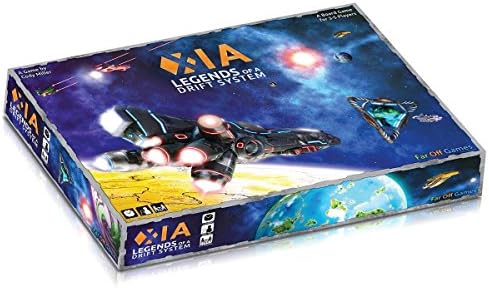 Xia: Legends of a Drift System

Find the best prices on Board Games at BoardGamePrices.com

Nope. I also thought the Embers of a Forsaken Star add-on had been reprinted recently and was also available. But, uh, nope:

Xia: Embers of a Forsaken Star

Find the best prices on Board Games at BoardGamePrices.com

So, ix-nay on the ia-Xay at this point. I’m sure there are some fan-made Firefly solitaire variants, but my feeling is that it really needs human interaction. Fortunately, it’s easy to get people psyched to play a Firefly game than it is to get people to play a Xia game. What’s a Xia?

Almost done listening. Nice job, all, except for the discussion about Glorantha being the setting for Pathfinder. Please take 2d12 of rep hits for that one. Glorantha is the setting for RuneQuest, the RPG that was better than Dungeons & Dragons. Also Dragon Pass, the best fantasy wargame ever made.

Seriously, I love these podcasts. You should start doing requests for games to discuss. I’ll bet you could monetize that shizzle.

except for the discussion about Glorantha

I know, right? When they mixed up Glorantha and Golarion I just felt such visceral, vicarious embarrassment for them.

I feel like at some point Tom needs to do a podcast with ~3 people who have Glorantha PhDs and do a deep dive into the setting and its history. I can contribute one of them; an old college friend who is super into the setting and has played and read every single thing related to it.

Oh and seconding the overall love for the board games podcasts. They’re one of my favorite things about the site.

Dragon Pass, the best fantasy wargame ever made.

Bruce, did you play Six Ages? Wondering what you thought of the sequel.

Man, I so desperately want to play Glorantha now. Anyone in the St. Louis area playing it?

I don’t think he means King of Dragon Pass, he means the wargame that was originally called White Bear and Red Moon.

Dragon Pass, sitting on my shelf, LOOKS like the greatest fantasy wargame ever made to me. But I don’t have any opponents, so I will never know?

I mean you can hire the ducks to fight a giant pumpkin head. They’ll lose, mind.

When they mixed up Glorantha and Golarion I just felt such visceral, vicarious embarrassment for them.

Terribly sorry! But they both start with G’s and I’m not familiar with either. D&D settings I can talk about all day though.

We are all kidding, it’s totally fine. OR IS IT???

Right on, and the designer tries a similar work-around in the game-notes: “This strategy game is not based on the Crusades themselves, but rather on the rising influence of crusading orders, such as the Knights Templar, as they managed a large economic infrastructure, developed an early form of banking, and built fortifications across Europe, until they became so influential that King Philip, in debt to the Templars and afraid of their power, had them disbanded (and worse).”

But we all know that unless Orlando Bloom is defending Jerusalem against an army of scimitar-wielding Saracens, it’s NOT the crusades.

Great podcast as usual, and I’ll briefly add another recommendation for Xia (tough to find tho it may be). It’s pretty much the only space trading/exploring/pew-pew game I’ll ever really need, and I routinely sing its praises every chance I get. The fact that the solo mode is pretty great is the cherry on top of this howlingly funny, maddening, awesome dice-chucking space 'em up.

A couple points re: the Sun God in the Gods’ War. There are rewards for letting him out, and although he is a powerful combatant, every figure dies in one hit in combat so it isn’t that hard to put him back in Hell if you want. So it is perfectly viable to let him out for the bonuses and then jump him the moment he gets out. Secondly, even if no one ever lets him out (the Sun faction very specifically has no units that can do that), once that first mandatory event resolves anyone can leave Hell for the price of a victory point, permission or no. So no, it’s not possible to permanently trap the Sun God in Hell.

So I did some further investigation on this, and through careful consideration and weighing the pros and cons and present vs future value, including projected discount and the implications of recent yield curve inversions, I came to to conclusion that I have a real boardgame sickness so I just bought a copy on eBay (including expansion) for $300.