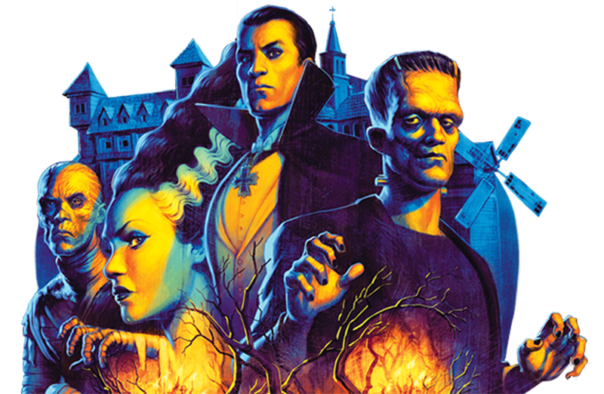 Tom Chick, Hassan Lopez, and Mike Pollmann on the importance of garlic, beer, and Tang.

Nice review of Leaving Earth. I have both expansions. I really like Outer Planets, but when I added Stations, all of a sudden the game was just too much. Too many cards, chits, math. Overwhelming. I’ve never played it with Stations and haven’t even pulled the base game out in a couple of years. The whole system is very elegant, even though it’s math heavy, but Stations makes it collapse under its own weight IMO.

Also, I own both Space Corps and High Frontier. Agree with Tom’s assessment of both. High Frontier might be the best simulation board game ever made, but it’s a real beast. I’ve played a few games over email, but never a full game IRL.

Brass: Birmingham might be my favorite game of the past few years. I think Tom hit all the reasons I love it on the podcast, the interactivity, the way you’re constantly judging which actions are best for you without being better for someone else. It also happens to be one of the few games I’m actually good at! In my gaming group I’m the influencer. I own the games, I usually pick what we play, I teach everyone the rules and because of that I generally spend as much time making sure everyone else isn’t lost as we play and is doing things correctly as I do thinking about my own strategy. So I almost never win in our group, which is fine with me since I’d much rather just hang out and have a good time than win. However with Brass we’ve probably played about ten times and I’ve only lost once. So I might be biased.

Regarding not getting the actors’ likeness for a licensed property, the art is what absolutely ruined The Thing game for me. It took the problem a step further in that not only did they not portray the actor likeness, but the tone was in the polar opposite wrong direction, to a ridiculous decree bordering on intentional parody. The illustrations all look like Penny Arcade characters. Did you think the stunt dog was silly and out of place in Dead of Winter? Well now you get that in The Thing with a dog as playable character, but now with cutesy cartoon artwork on top of it! What better way to recreate the feeling of intense dread in the greatest modern horror movie of all time?

Your situation sounds a lot like mine, agape, except that the one game I’m the ultimate champ at is Galaxy Trucker. Something about the geometric puzzle of it.

I’m actually very grateful that I don’t get competitive in games. I enjoy the experience of exploring the mechanics and trying my best. All my smarter friends can be the ones to win.

Yeah getting people together to play happens so infrequently I’m just happy to play, winning just a bonus.

I also agree with Tom regarding Pandemic. It is a TERRIBLE gateway game, yet it continues to be a popular gateway game. I get Ticket to Ride being a gateway game, but not Pandemic (or even Catan).

Sure it was groundbreaking 13 years ago, but there are soooooo many vastly better options now. Yet I still see it being brought out every casual game meetup night I go to.

(rounding out my list of “Game pegged as a simple, quick, casual gateway game but totally isn’t” is Small World)

I also agree with Tom regarding Pandemic.

Here’s why Pandemic is a great–maybe still the best–gateway game:

Soren Johnson likes to point out, the thing I’m doing in Ticket To Ride makes no sense. It doesn’t map onto any actual human activity.

But what do the cards in Pandemic map to? They are plane tickets, building permits and ingredients for a cure? And why do I get two random cards, how is that not abstract?

Fair! Some things are abstracted in Pandemic, but the game itself overall (I think it could be argued) is not an abstract game in the way that Ticket To Ride practically is.

I submit all of these things are at least as true of Flash Point: Fire Rescue, but that game has mechanics that better and more consistently tie to its theme, it has much more variety of play, and the ability to switch roles during the game means the roles feel less prescriptive of what you are doing during the game. Also, there is a playable dog role.

I meant to say that Flash Point shares a lot of the same qualities. Personally, I find the mechanics to be just a step more complex than Pandemic (being able to switch characters, for instance, removes a limitation that arguably simplifies things for new players). But it’s close, and might be a stronger pick for particular new players, for sure.

For those wondering about High Frontier, we did a Play by Forum in this very board a while back.

We used the living rules for the second edition (the one I believe Tom has) but the current (third) edition is not much different. I will buy into the upcoming fourth edition KS, if only for the new and improved graphic design Sierra Madre games have now.

A very simplified Arkham Horror. It’d be good for a gateway game of that type, but I think most other gamers familiar with those type of games would get bored fairly quickly once they played through all the monsters once.