I’ll be back next episode!

The GenCon/Origins joint convention in 1992 was the first gaming con I ever went to (and the last, until I attended PAX Unplugged last year). It’s nice to hear that Origins is still going strong, since GenCon seems to get a lot more ink these days.

Tom and Hassan, how would you judge the writing level in Call to Adventure? I’m wondering if it might be a good choice for my kid and his friends (heading into 4th grade in the fall).

I went to Origins '83 in Detroit and then didn’t go back until 1998 when it had moved to Columbus. I went to Columbus a few times in the 2000s and by then it was nothing like the wargaming convention it had started as. WBC had become more my scene. Now I think Consimworld Expo is the “old Origins.”

Thanks for the support, folks. I appreciate it!

@AWS260: There’s not much actual writing in Call to Adventure, so much as vivid illustrations with evocative titles. I think the system works at that level, since it leaves a lot to your imagination and gives you some nice hooks with which to weave a narrative for your protagonist. I think 10-12 years old might actually be a sweet spot for this design, if they’re into fantasy and don’t want something more drawn out (like Runebound, 3rd edition - or D&D).

More news on the Dune reprint: 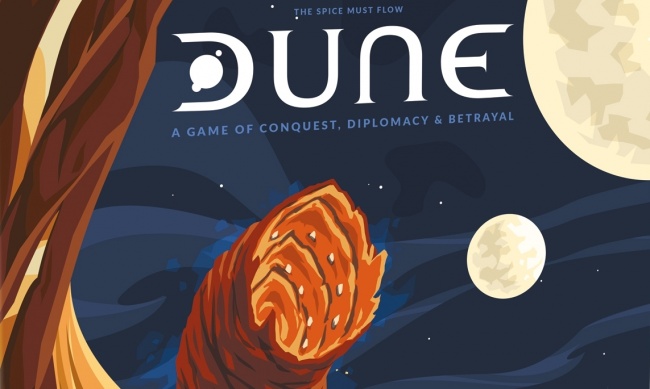 Tom and Hassan, how would you judge the writing level in Call to Adventure?

“There’s writing in Call to Adventure?”

That’s how I could judge the writing level in Call to Adventure. :)

I’m not sure if you’re quoting something specific, but I’m reading this in the voice of Matt Walsh’s character from the UCB skit where he claims he has the titular lines in Out of Africa and Star Wars. Except that he thinks the name of the Dune movie is “Arrakis”.

I kind of wish I had been doing something from that skit, since it’s so great. In this case, I was channeling Will Ferrel in Zoolander.

I think 30 minutes would be considered a long time because in a lot of gaming groups, it’s usually one guy or gal who’s teaching all the games and is in charge of the “rules”. With miniatures wargaming I think it’s different because people are expected to have their own rulebook and armies to go with it. But your average boardgame, often you might have friends over at the house and maybe they bring some games or you have some games to show them and one or the other is going to have to teach the rules to the rest. And in the casual space, 30 minutes is the length of an entire “filler” game, maybe even multiple games if you’re talking about some quick card game.

In a lot of friend settings also, people may want to play multiple games over the course of an evening rather than one big, long game. Also preparing ahead of time doesn’t always work because sometimes you’re playing the game that looks appealing to everyone, rather than a specific game you have in mind.