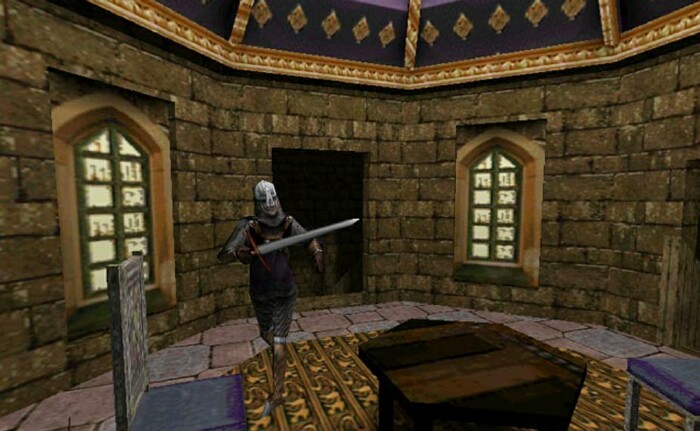 [Editor's note: Every two weeks, we'll pick a classic game to play and discuss. Then the choice of the next game will be made by a randomly selected participant from the current week. It's like a book club, but with videogames..

Oh hellllll naw! No you didnit! It's the tutorial mission you taffer.

Ooh, I have this one. I've never played it. Ok, I think I'll have to finally register for the forums, now to start the download.

It gets much much better after the tutorial mission, with the storytelling being carried by documents, eavesdropping moments, and (in universe) voice recordings all to much better effect

The first mission is a tutorial mission hence the blackjack requirement. You don't need to hurt or disable anything ever again after that, unlike the original Thief which cannot be "Ghosted" because its constantly asking you to kill Gaunts. There's far, far, far more killing and far less thievery in the original game than in the sequel so your complains about the blackjack seem quite misguided to be frank :/

I also don't understand who is this lady you interact with, the mission starts with Garret talking with Basso (A man) and the woman you are helping escape cannot be interacted with. In fact, when you alert Basso so he can free his lover you are very far away from her and chances are you won't even see her until the end of the level and that assuming you don't get there first!

I don't know man, you really seem predisposed to not liking the game given how much the tutorial mission bothers you :(