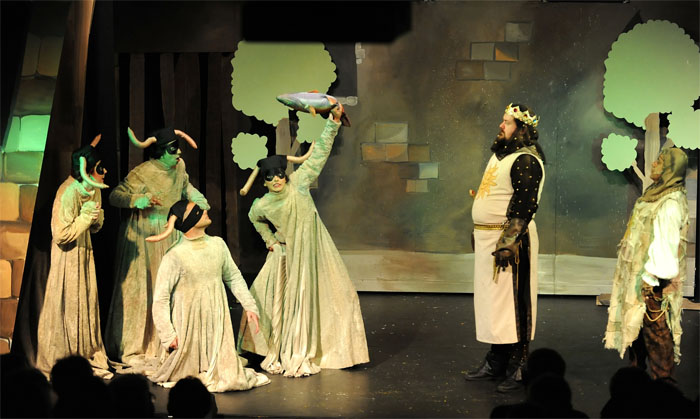 Tom Chick (far right) and Jason McMaster (center, wearing the crown) close out the holiday season with a very special tribute to the year's best games..

So when is the stage production?

Someone forward this thing to Danny Boyle so he knows who to hire to play the entire cast of Trainspotting 2 on a budget.

I now feel like I've played all of those games.

Bravo! More of this please.

This was funny, guys. The GTAV part was hilarious.

This is great. One step closer to Chick and McMaster: Buddy Cops on Broadway.

Was that picture taken before or after the part where Sherlock drops his pipe?

Is that really you guys on the stage? I know Tom Chick is also an actor...

Sadly, that's not really us. That's a picture I found online of, I'm guessing, a production of Macbeth.

OK, one more time, but faster and more intense.

I think McMaster did a better job than the original gone home VA.

There's a scene in Macbeth where the knights with double wang helmets whip out a fish of power and threaten their king with it ?

JM nailed it in the last skit, nailed it as hard as Tom nailed the "Lara" tongue flip.