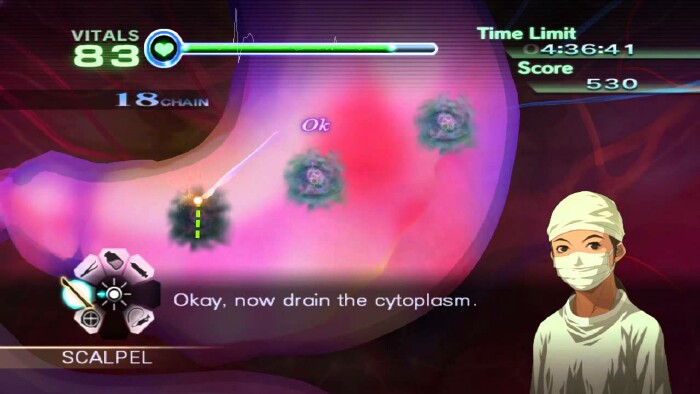 Apologies in advance, but me and Stardock's Adam Biessener talk about having cancer..

When I hear stories like yours Tom it adds to my anger when people argue about how horrible Obamacare is and how "I'm paying for your health care" and all the other nonsense that people spew out about the program.

I work full time, often putting in more than 40 hours a week, I work IT and a lot of local small businesses run smoothly because I attend to their network and computers. I add to the economy and do work of value. Unfortunately I work for a small privately owned shop that does not offer health insurance. Does that mean I don't deserve health care? I have a rare form of glaucoma that effects young people and without my eye drops I will eventually go blind. Those drops have a cash price of over $200/month. I take another medication for a chronic condition can cost between $300 and $500 a month. Then there are the monthly visits and it all adds up to more than I could ever hope to afford paying out of pocket.

No one should have to sit with a lump in their throat for six months suffering from cancer. No one. Whether someone doesn't work at all, is an alcoholic, homeless, or does work of value like you do everyone deserves to have a chance at health care. It is vitally important to a good quality of life.

I'm glad you are doing better Tom and look forward to hearing more of your voice.

Yeah, no apologies needed. Just happy to have you back.

This was a great podcast. It was so great to hear you guys share your experience. Thanks for letting me listen to this conversation.

Trauma Center and Elite Beat Agents were the games that almost ruined my DS. Left behind tons of scratch marks on the screen that I had to stop playing them forever or else it would be ruined.

Fantastic podcast. Long time fan of the site, I've just never posted before. This podcast hit me pretty hard (in a good way). Thanks both of you for sharing your stories. My brother is going through this (cancer diagnosis) and although we do talk about it, it's still a raw emotional experience for us. It was helpful for me to hear your stories. The whole idea of cancer is such a hazy concept I guess until you're actually forced to deal with it, and it's just helpful to hear two people who've actually gone through the experience talking about their experiences, good and bad.

Great podcast. I really appreciate the insight into what both of your experiences were like. The little details you talked about really stuck with me.

Is there something wrong with the podcast RSS? When I listen to this episode on my phone (through Castro, for whatever it's worth), it played an episode with McMaster talking to the guy who did Toejam and Earl.

I'm in the medical field and many of the comments are common complaints.

Discussions like this break the stigma of cancer, and for that matter, any medical diagnosis.

For whatever reason, people feel they can't or shouldn't talk about illness. Obituaries often leave out the cause of death, even if it is public record. When Steve Jobs was ill, there was an ongoing discussion about whether it was appropriate to speculate about his condition or prognosis.

I've never understood why there is a stigma connected to any condition-be it diabetes, cancer, Parkinson's, etc. Somehow a diagnosis of pathology , in some minds , reflects on the victim, suggests bad "karma", reflects poorly on the victim-which is nonsense.

DIdn't you listen to the podcast?

He said he signed up with Obamacare and was told he couldn't see a doctor for 6 months, then told, in retrospect, he could have all along.

This is exactly the complaint with "Obamacare". Bureaucrats are running the show, make mistakes, don't have to answer for their mistakes, and we all suffer.

And if he hadn't had the Obamacare at all, then what? No treatment at all, not now, not in six months, not ever.

Is that what you would have preferred?

EDIT: The six month thing definitely was a failing. Having signed up myself I never bothered speaking with anyone, I just did it all online, and as soon as I was approved I paid my first month and was ready to use the services. Sounds like Tom would have been better off using the covered CA website and not dealing with anyone on the phone.

5 years ago I found it harder and harder to swallow. I was diagnosed with throat cancer behind the base of my tongue. An operation would have really messed me up so the doctor recommended 33 sessions of radiation therapy.

When it was over my weight had dropped from 85 to 66kg. I could only drink carrot/apple juice. I could not chew because the inside of my mouth was so painful. It felt like a bunch a miniature Samurai had ran around in there, battling, and slicing the shit out of everything.

Even now my saliva glands are not up to par and I can't eat some meat I used to love like steak, chicken, pork unless it is real fatty. One funny side effect is I used to hate tomatoes. They'd make me gag. As soon as my sense of taste came back I suddenly loved tomatoes.

This May will be my final checkup. And if it's all clear I'll be able to get back on private cancer insurance. Also, the socialized medical system of Japan is fantastic. Thank you Japan for that.

Also listening to you guys, I feel that in my treatments that I got off pretty lightly compared. Good luck in the future.

I had the same thing happen to me while trying to listen at work.

Great to hear your voice again and to know you're recovering Tom. While Brandon, Nick and Jason have made excellent game podcasts, your voice and opinions have been missed. Thanks to you and Adam Biessener for sharing your stories.

I wish both of you good luck and may you guys get (and stay!) totally well soon. It was an interesting and partly tough (Tom's nutrition e.g.) podcast - thank you for the insight.

For the record, S, without Obamacare, I'd probably be in even worse shape. The bureaucratic cock-up that kept me on hold for six months was the fault of California's social services department. And I'm still going through an ongoing situation with those fuckers now that they've switched me to an HMO that no longer allows me to see my oncologists, despite a clause that should protect patients like me with ongoing health issues.

In theory, I'm a big proponent of the state (i.e. government) providing health care, because it's most likely saved my life. In practice, I'm one of the cases where it's not working as smoothly as it should. It's still working, just not as well as it should.

It's great to hear your voice again, Tom. :)

Is there a reason this ends up playing the ToeJam and Earl podcast?

Great to have you back Tom!