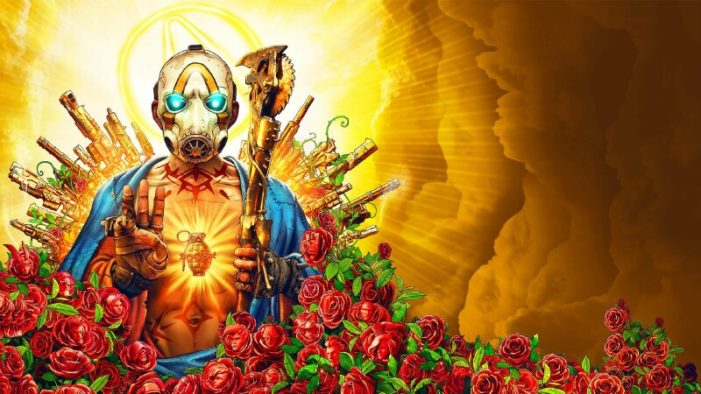 For this episode, we bemoan the latest in shatterproof glass, we confess to our awkward in-game romances, and we apologize to Ubisoft.

It makes me sad that Borderlands 3 is so bad. I was excited.

I think I enjoy it more than Tom or Jason. At least, I don’t detest it. I like the combat quite a bit.

I never felt I couldn’t pull rank enough in Greedfall - although maybe I got gunshy because when I did go for the “I haven’t introduced myself…” option I burned standing with the faction in question.

More than any other game mentioned on the podcast (ugh/already beat it/no), I’m curious what @tomchick makes Stygian: Reign of the Old Ones. (The game where he super accidentally definitely not on purpose solicited a prostitute - really, who hasn’t been there?) The pitch seems really cool, but I look at the screenshots, and suddenly it seems less intriguing.

I think I enjoy it more than Tom or Jason. At least, I don’t detest it. I like the combat quite a bit.

You didn’t defend it much on the podcast. :)

Maybe it simply fits Nick’s theme of flagellation through gaming!

Well, I don’t love it either.

Listening to the diatribe on Borderlands 3 made me wonder to what extent my enjoyment (adulation?) of Borderlands 1/2 was based on the writing. 20%? 10%? Theme/atmosphere was more important, as was the cel-shaded look (which admittedly isn’t as exciting now as it was in 2009) - and obviously the gunplay with the exploding enemies and purple guns and yada yada yada. I never really fell in love with Tina, like everyone else. But this is neither here nor there. I won’t be picking up Borderlands 3 unless it becomes playable on a Mac (2025?). Because that’s how I roll.

Borderlands 3, Modern Warfare and Greedfall are all disappointments going by what I’ve read and seen. What a weird back half of the year so far.

McMaster was kind to Greedfall, all that running around fetch quest shit has been in all their previous games, and felt tedious years ago, the developers learned nothing in that regard.

@Telefrog @tomchick @Jason_McMaster , you guys should play and talk about more games that you actually like. ;)

Modern Warfare isn’t even out yet, and while the big map mode maybe wasn’t what some people wanted, the core gameplay of the Alpha and Beta was phenomenal.

Modern Warfare, as Tom mentioned on the podcast, will be 3 games in one. Single Player campaign, a co-op spec-ops mode, and the competitive multiplayer mode.

In CoD4: Modern Warfare, they had two modes: campaign and multiplayer, and the general consensus was that everyone loved both. I know I did. Tom also praised the campaign a lot, I remember.

In Modern Warfare 3, everyone made fun of the campaign, as did Tom, I remember, but I remember Tom loved the new coop spec-ops mode in that one. I also enjoyed that mode but only got to play it briefly. It was fun even in single player.

So with the new Modern Warfare reboot, Telefrog and McMaster were critical of only one mode from the competitive multiplayer portion of the game.

We still have to see the coop spec ops mode. The part Tom loved in MW3.

Thats the mode that is PS4 exclusive for 1 year?

So with the new Modern Warfare reboot, Telefrog and McMaster were critical of only one mode from the competitive multiplayer portion of the game.

I will add that the little bit of normal traditional team MP they had was good. It was more of the same, but that’s really what most people want from CoD MP.

Thats the mode that is PS4 exclusive for 1 year?

No. As they said in the podcast, everyone is getting Spec Ops coop mode. However, Sony is getting a survival mode within Spec-Ops mode. The other platforms don’t get the survival mode for a year.

I am just gonna reinstall Battlefield 5 and hate play that again.

Is the Greedfall bit spoilery?

Nope , Jason just mentions a bit about the characters and their place in the world, and how he gets no respect in game. :)

Man, I don’t get the “more of the same”. The last few games have been, as you noted on the podcast yourself, very future focused.

This one is not.

It’s about as “boots on the ground” as this series has ever been, and especially when you played in “Realism” mode, it was a very different experience from prior games.

I put in a lot of hours in both the Alpha and the Beta on PS4 and with Gunfight, the regular returning multiplayer modes, Headquarters making a return, and the new 32v32 mode with vehicles, this is a big change from what’s been sold in the past. They were even further away from what came before when they had the minimap completely off save for UAVs at the beginning of the Beta.

I really feel like the game was misrepresented on the podcast, specifically because it could only take into account 1/3 of what’s going to be sold in the box but even with that 1/3, I disagree with a lot of what was said.

@lordkosc Everything is available on all platforms except a co-op survival version of Spec Ops. You can play all the Spec Ops missions with friends, but not with random swarms of enemies arriving til you die.

Man, I don’t get the “more of the same”. The last few games have been, as you noted on the podcast yourself, very future focused.

I dunno. Is there much difference between a “future tech” AK rifle in BLOPs 4 and the AK in MW? I’ve played every CoD since CoD 4, and the team DM has felt pretty samey each time to me, with the exception of the exosuit antics. They add specific mechanics, they fiddle with the progression systems, but jumping into one installment’s Nuketown or Radar or whatever feels the same to me as another.

I enjoy it for what it is, but none of them have felt all that unique.