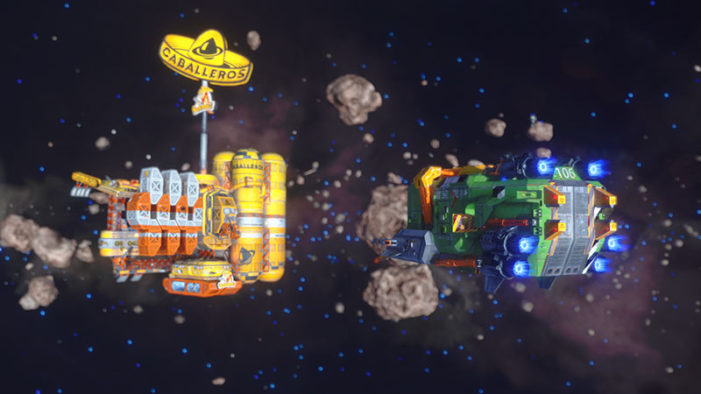 What happens when a 4X shaves off an X or two? Where's the shrink ray? And why is there so much sound in space? Tom Chick, Nick Diamon, and Jason McMaster answers these questions and more!

Everything Tom Chick mentions as a positive for the Age of Wonders series is right in line with my own thoughts on the series, especially when having the freedom to dabble with odd creations like the dark and mysterious, Halfling Necromancers. And much as a game like WH:Gladius might be a tighter, more stripped-down experience in certain respects, I’ve stuck with the Age of Wonders games for so long specifically because of the amount of tinkering, experimentation, and discovery afforded in AoW games; before you run out of things to find and start aiming for the “best” builds and strategies instead of the most imaginative, interesting, and unique.

That’s how I approach AoW games anyway, a place where creating and customizing my heroes has been as involved as tinkering with the settings for each world I plan to inhabit dominate. I’ve said this before, but I do play each of my AoW games like a light RPG as much as a tactical wargame, adding in my own backstory and themes for my hero as the game allows. And I have dozens of custom heroes to show for it. And what pushes the series to the top for me is that underneath all customization and allowance for imagination, there lies a rock solid tactical and (various) strategic layers that I (unlike some folks in the podcast belabor) love bouncing back and forth between.

Good podcast, probably because I was interested in all 3 games. Sadly I’ve only had an hour of time to get into Planetfall, which was pretty much the tutorial. I hope to get more time with it this week. I have a dozen or so hours spent with W40KGRoW and its also a good game. Was a bit shocked to hear people on the panel preferring it more.

Ion Fury looks like it would be fun for a few hours, but not till heavy sale priced. :P

As mentioned during the podcast, getting to see all the enemies and weapons in the first 2 levels doesn’t seem like the game is well planned out.

Rebel Galaxy Outlaw, should be fun to play next year on Steam / achievements! I know Travis is hammering away at the patch releases, I think he is up to 1.09 already.

I’m pumped to crack into Rebel Galaxy Outlaw next weekend; the space sim/shooter is one of my favorite genres, and I absolutely LOVED the music in Rebel Galaxy. I’m wondering if anyone’s used a joystick to play? I know the flight model probably doesn’t require one, but I prefer joysticks to gamepads when it comes to piloting imaginary machines.

It sounded like Nick was still somewhat inflicting himself pain this week again!

Jason was cheating, because it is my understanding he was playing multiplayer Gladius, something which can’t be done with people from this dimension in Planetfall as far as my understanding goes. So of course it’s the better game!

I understand I am in the minority as I couldn’t stand that soundtrack, and hearing Tom’s comments about immersion was great, until it got me worried when he stated it was a lot because of its sound design in Outlaw.

It sounded like Nick was still somewhat inflicting himself pain this week again!

Actually, I’m quite enjoying my time with Ion Fury. But I’m coming from it as someone who spent quite a bit of time fooling around with DukeEd back in the day, so the stuff Voidpoint has done in these levels is truly impressive.

By the way you were talking hitscans a bunch at some point, and I have no idea what that is! I was hoping Tom wouldn’t know and would ask!

Hitscan weapons hit immediately - no time is taken by the projectile to reach the target.

Aaah thank you!
I had read a definition online and it was like the most mundane stuff being described, so it was even more confusing to me.
Now I understand why this was tied to the talk about the character’s mobility: she moves fast as to give the player better chance to not be “scanned” by an enemy.

I’ll buy Ion Fury if they release a mod that changes its name back to Ion Maiden.

Thanks for posting the gaming (and movie!) podcasts regularly, guys. I look forward to them every week.

Have any of you reached Planetfall’s end game? Does it offer multiple victory conditions, or has it regressed to scrubbing the whole map of enemies like pre-expansion Age of Wonders 3?

I hope tonight’s podcast is delayed for at least a day so you guys can discuss Astral Chain, the new Platinum Switch exclusive that comes out tonight.

Have any of you reached Planetfall’s end game? Does it offer multiple victory conditions, or has it regressed to scrubbing the whole map of enemies like pre-expansion Age of Wonders 3?

Triumph has definitely course corrected from the initial release of Age of Wonders III. You’ll never have to clear out the map for a few reasons. Mainly because when you kill an enemy hero who can’t respawn at his capital, that faction is knocked out and all his cities revert to independent settlements after 10 turns. But also because there are other victory conditions that will probably kick in before you conquer everyone else. I’ve only seen two games through to the end, and they both were won by swallowing a neighbor and meeting the territory win requirements. In one of those games, an AI player was making progress on the secret weapon victory condition.

I hope tonight’s podcast is delayed for at least a day so you guys can discuss Astral Chain, the new Platinum Switch exclusive that comes out tonight.

Unfortunately, we’ll be recording a few hours before it’s out. But rest assured, I’m on it. It’s already bought and pre-loaded on my Switch.