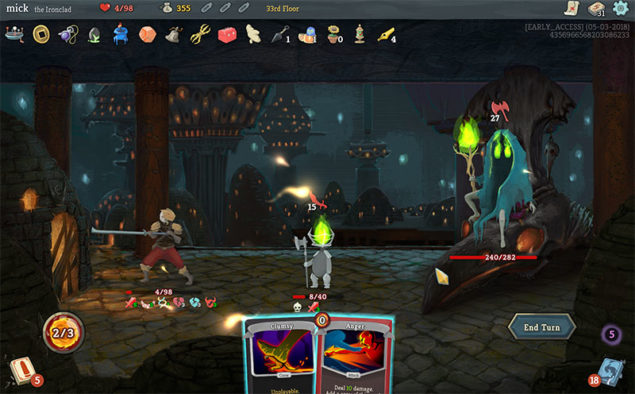 Tom Chick talks about a movie called The Boat, Bruce Geryk talks about the short stories of Flannery O'Connor, and Jason McMaster talks about how to find illegal drugs. We also talk about some videogames we've been playing..

Phew! Thank you for this description, for half a second I thought Nick had been playing a really good game.

Good stuff fellas; personally I think I’m about 2/3 of the way through Disco Elysium (hard to say for sure, but it feels that way based on quest completions and story beats) and… it’s definitely unique. Major points for worldbuilding, and the way the history and culture of the place unfold through your conversations (without being just insanely disorienting like that Numenera game that came out a couple years ago). As Jason mentions, it’s an astonishingly small map that you’ll get to know every nook and cranny of - but it feels huge thanks to the weight of its history, and has a tangible sense of place.

And the writing in general is very strong, when it’s not full of itself or attempting to be… I dunno, “juvenile” isn’t quite the right word, but there’s a few points where it felt pretty self-indulgent.

That said, the characters are uniformly strong, memorable, and absolutely worth the time you spend in conversation with them, not least of which are your partner from a neighboring precinct and your own brain. Jason nailed it with his “cop as Hunter S. Thompson” analogy, and its important to keep in mind that it’s an RPG in the sense that you’re directing this specific character, not a personal avatar.

My biggest complaint is that philosophically (and the game goes out of its way to be philosophical with regards to politics, sex, religion, and nationality) it feels like it gives you the freedom to choose up sides, but doesn’t seem to have a point of view of its own, which feels a bit like pulling punches (and is the biggest difference between this and, say, Planescape: Torment); that said, I’m not at the ending yet, so it’s possible I’ll feel differently once all the mysteries have been solved and the plot finished. If nothing else, it certainly does not lack for ambition. It’s remarkably absorbing and incredibly atmospheric, and a great spin on traditional RPGs.

“The New Weird” is probably the best touchstone for Disco Elysium’s aesthetic and setting. It’s pretty grounded, but it has some alternate technology and there’s some supernatural stuff around the edges.

Anyway, Disco Elysium is aces, and definitely going on my best of the year list. I feel weird saying this, but it’s kind of diminished my enthusiasm for The Outer Worlds. I don’t want to leave that weird, grimy little place just yet.

I still think Dick is probably the best reference point for the concepts and a certain kind of early/mid-2000s internet experimental writing a la Something Awful (where it isn’t simply at the level of a competent paperback SF writer) for the actual writing on display. It’s actually some of the best writing I’ve ever seen in a game, and some of the best voice acting, too, the initial overly-purple prose and not…great voice acting of the very first “scene” notwithstanding.

Another “Pikmin-like” I played was “Masters of Anima”, which was not great (the combat in particular was just weird and frustrating), but good enough to get me to finish it. I did have to restart once, because I thought that because you could play it with a controller, you should, but it turns out, you definitely shouldn’t.

Geryk and McMaster did a great job of describing Slay the Spire on this podcast. I never thought I’d try a card game thing, but after listening to this segment, and considering the game is on Game Pass, I’ll have to give it a try after all. It sounds like it could be appealing to me despite being a game with cards in it.

Great point - it’s disorienting in a good way, and electrifying in the way it doles out the setting in a variety of genres. Absolutely on my best-of list, and I share your feeling about not wanting to leave its world.

Sacrifice is one of the greatest games ever made. I just feel like I needed to say that, to validate all the time I wasted playing it in grad school when I could have been reading all the short stories of Flannery O’Connor.

RE: Slay the Spire. I think I fall somewhere in between Tom and Bruce/Jason. It really is tuned to perfection. But… it’s not really that exciting. I’m not precisely sure why it became so addictive to certain people. I successfully completed a run with each of the characters, wiped my hands and called it quits. So I guess I only ever played the baby game?

I’m trying to get to Ascension 20 with the Ironclad. It involves a lot of failure.

I successfully completed a run with each of the characters, wiped my hands and called it quits. So I guess I only ever played the baby game?

Correct! The name of the game is Slay the Spire, but the spire’s heart lived and all your characters died! Did it look like a triumphant victory screen to you when you saw your characters lying there dead at the end? :D

Bruce and Jason did an excellent job of selling me on their games, unfortunately. I bought Slay the Spire already, and will probably buy Jason’s Disco game. I probably shouldn’t have listened.

You just made Sea Salt cry.

I thought I didn’t like how you were sent back to do the same levels over and over in Okhlos, and I watched a bit of Tom’s stream of Sea Salt, and I think I just like the concept of those games, but not how they actually play.
As much as I hate micromanagement, I like to have some sort of set up and controls to do with my units.
I hope Sacrifice wins Reqwed one day so I can watch a video teaching me how to play it.

Did it look like a triumphant victory screen to you when you saw your characters lying there dead at the end?

Not only that, but the game is to play the game!

Yeah, I turned off the podcast when Jason started talking about Disco in such detail. In all the discussions in the Disco thread, and in online reviews I’ve skimmed, I’ve never heard much detail about the story or mechanics, and I kind of like that the game is a big mystery box to me right now. Jason was about to ruin that by describing the box, so I quickly turned it off.

He stayed pretty vague about it, and the mechanics he described were more and more interesting as he was going through them. But there are a few tidbits that you may want to not know if you want to be completely blacked out about it, like how your character is really… oops.

Yeah, McMaster is one my friends who’s really good about talking about stuff in front of me when I haven’t seen it slash played it. Normally I have to stick me fingers in my ears and run out of the room going “la la la la la I can’t hear you!” when something like that comes up. But McMaster can just roll his eyes and roll with it.

Still, if you’ve already decided you’re going to play Disco Elysium, no point listening to someone talk about it until you’ve sampled it a bit yourself. Seems like there’s a really cool system to discover, especially if you’re like me and thinking it’s just another Baldur’s Gate style RPG.

Jason’s Disco simulation has a really cool art style. Not far in, I do like the look and sound of it, though. It’s really polished.

Good listen on the way into work today, a lot of time spent on Slay the Spire, and it feels like it came out like 2 years ago. :P

I am holding out on Disco Elysium until I finished Outer Worlds as I heard the story quality of one will ruin the other. But I’ve enjoyed the little bit I’ve seen of Jason playing.