No pics to post but I finally got some painting done.

Warlord Games stuff? (Have you tried Chain of Command BTW? It’s quite a fun little system with a bit more of a “real” feel, for want of a better word and the campaign system is fun - a friend and I just played through a Normandy sequence of battles.

I spent the autumn painting some SPQR Romans and Gauls - next on the list is some Red Army. 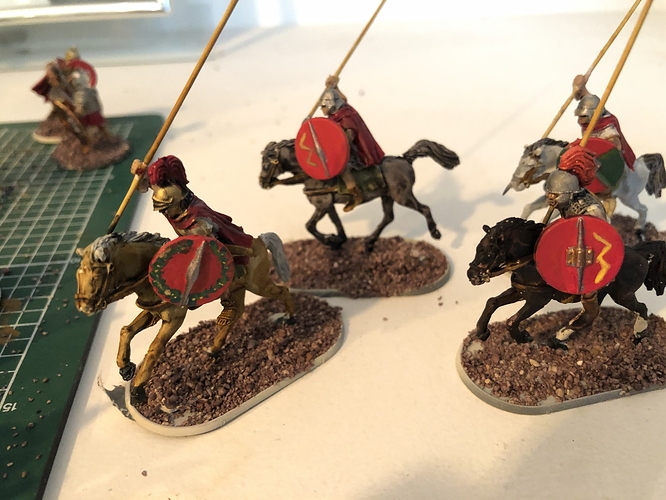 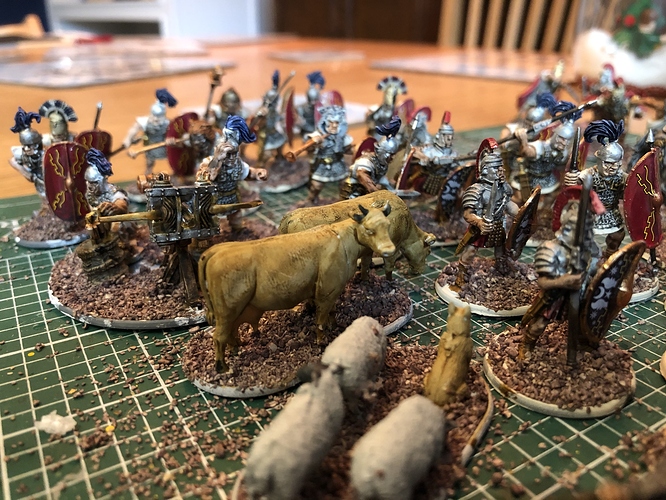 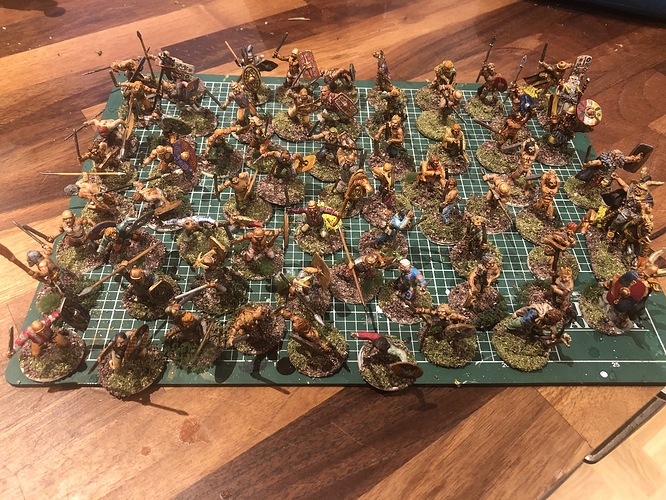 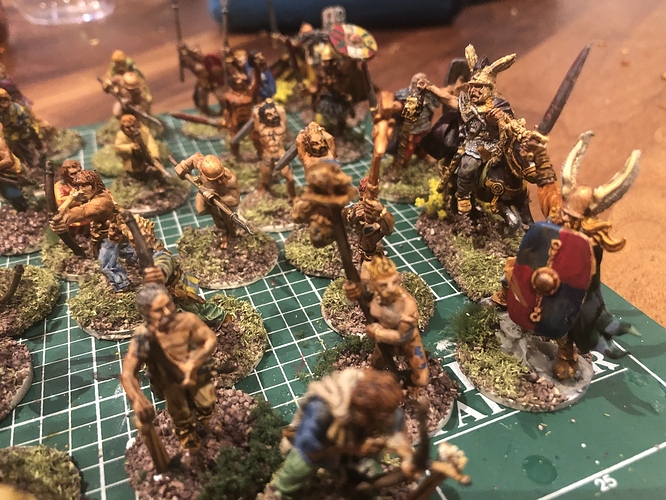 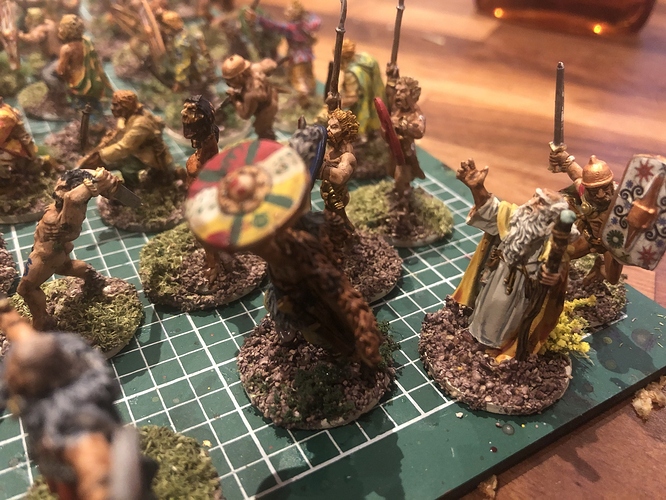 I had a lot of issues with the Tru Color paint primer sticking. I read online about something obvious I should have thought about: using RC Car adhesion promoter as a kind of pre-primer, primer. I use it for painting the handrails on locomotives. They are so flexible getting paint to stick is a challenge.

Those are some really cool SPQR minis. I played it once with a friend, but we found out that with the new FAQ rules it’s not really playable with block units (which I have from Hail Caesar), which is a bummer. The starter box is an amazing value though, and I have considered picking it up.

As I’ve written before on this forum, I really like Warlords games balance between historical accuracy and fun. It makes their games appeal to both history buffs and Warhammer players.

Thanks - contrast paint helps immensely if you’ve got the artistic sense of a squirrel, like me…

Got a couple hours of hobby in today! 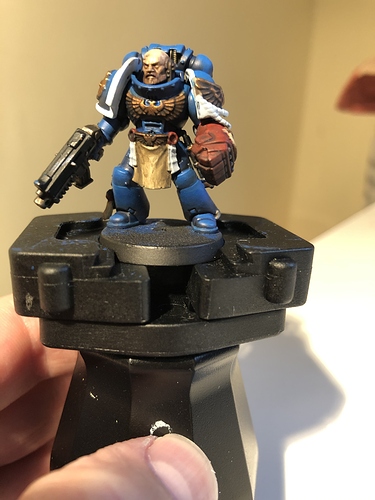 So I’ve managed to get back into miniature painting a little bit. It’s a halfway interesting story I think, but it’s a wall of text, so you can skip it if you wanna.

Here’s the first round of new models, the Goliath gang from the Necromunda boxed set. They’re fairly drab-looking with muted colors that GW purists would scoff at, but I had a good time playing around with air-brushes, zenithal highlighting, contrast paints, textured paints, glazing media, and other crap that wasn’t on the radar neigh on three decades ago. They’re not quite done as I want to add a glow-effect to the plasma pistol, and one guy is inexplicably missing a gun. But overall I had a good time doing the “Blanchitsu” style, especially using low-viscosity oil washes and white spirits. 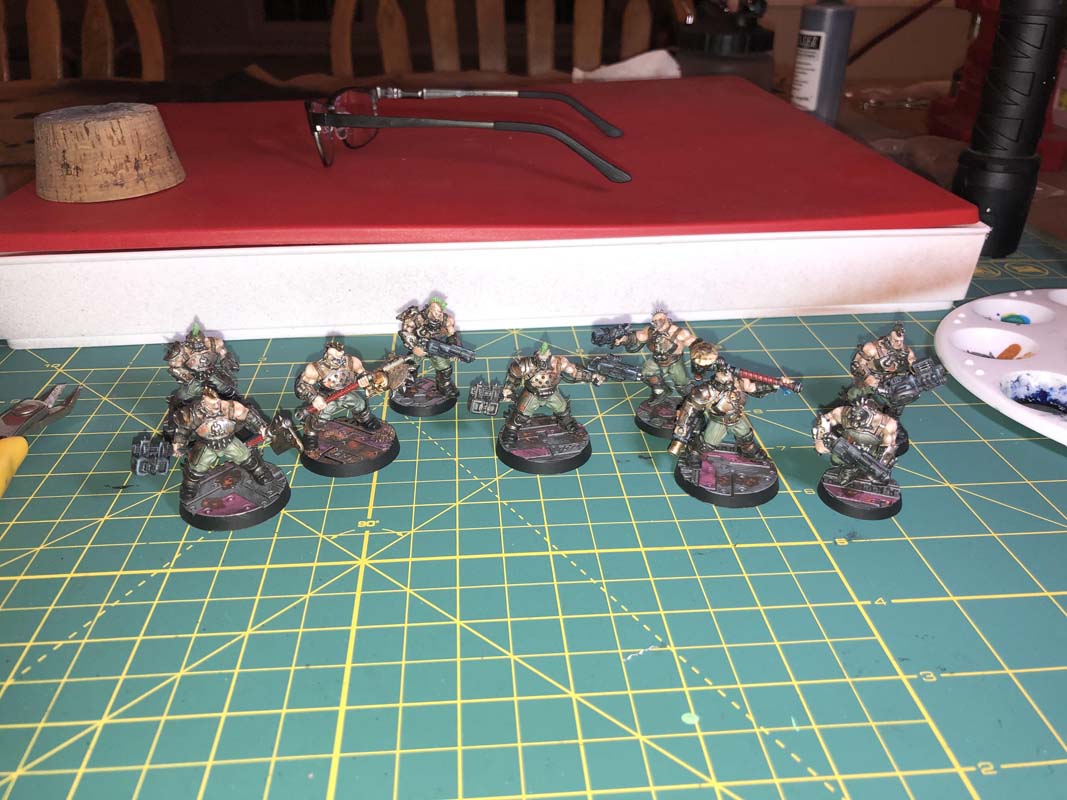 The second gang in the boxed set should lend themselves to a cleaner, brighter style, so I’m looking forward to that.

The other little project was a way to store and organize my paints. I went online and looked for a DIY solution and saw a few that would involve hundreds of hours of 3D-printing, but I found a laser-cut plywood solution for sale on Etsy or Ebay or something… and rather than buy it I chose to design and build my own. Pictured below is the second version of the thing – the first one wasn’t as rigid as I had figured. I need to cut a second one because one isn’t quite enough to hold all the paints I need it to. 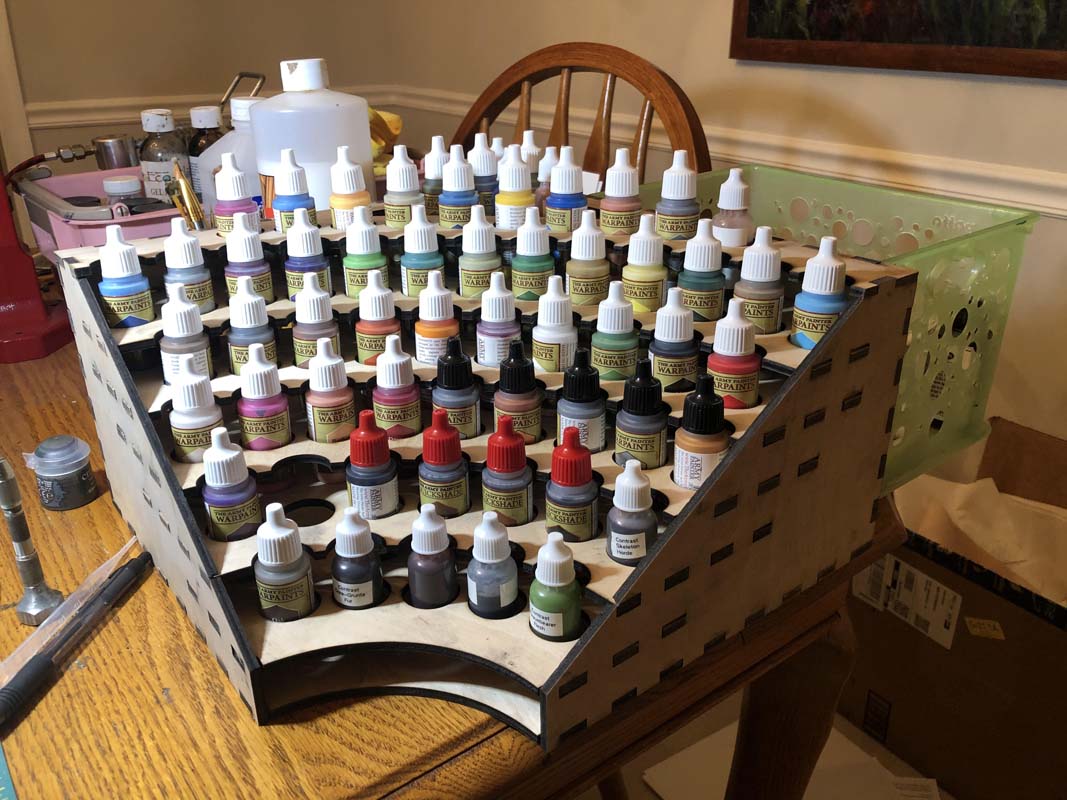 Knowing what storage solutions like that cost pre-built, that’s awesome you’re able to make them yourself. That looks excellent.

That is an amazing storage solution for your paints. It’s quite impressive that you designed and made it. And the miniatures are cool too! I was in to that a while ago but I figured my eyesight wasn’t up to it (not to mention my hand-eye coordination). It’s great seeing what others in the community here have done. 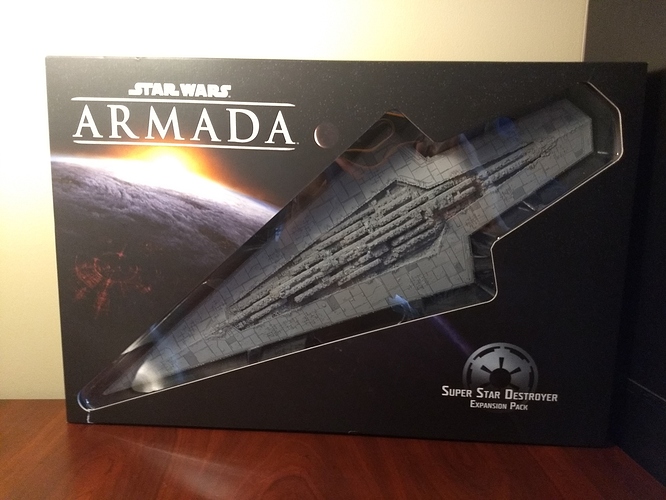 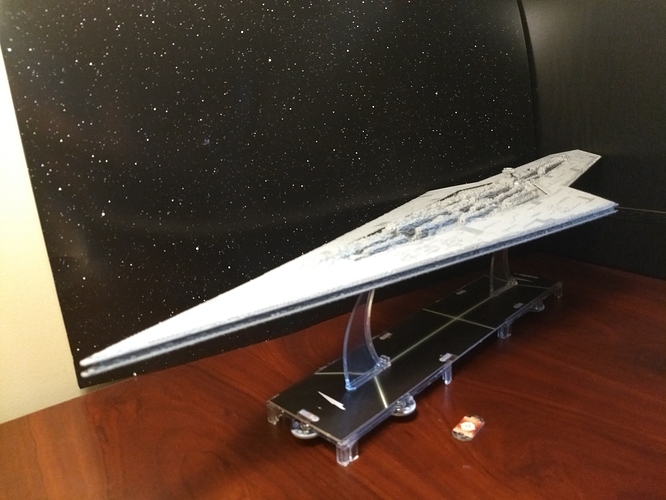 It’s already pre painted but a little drab for me. I think I’m going to repaint a bit, at least the top superstructure. I’ll space dirt it a bit.

Can’t wait to see. I’m so tempted to pick that up.

It needs a ISD or two for an escort. The scale will be off, but it’ll be glorious. Plus, the ISDs come with a few squadrons of TIE Fighters!

Absolutely and maybe one ISD with victory just to be sure

But what about an Interdictor.

I think a few micro machine scale ISDs will do the trick. :)

For display, you should really put a gray mat on your desk, cut a few inches off the front of the Super Star Destroyer, and place it vertically.