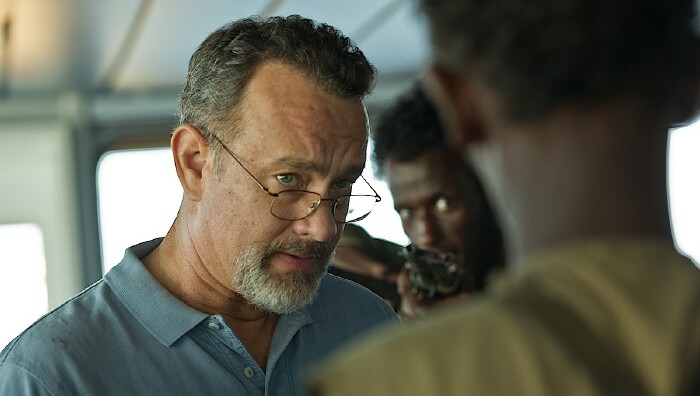 This week we're sufficiently thrilled by Paul Greengrass' Somali pirate biothriller, starring Tom Hanks, the US Navy, and four dudes woefully unprepared to take on Tom Hanks and the US Navy..

Is it just me or is there only 28 minutes posted?

There does seem to be some weird issue with a truncated running time listed on iTunes. But I've verified that the whole podcast is posted. I blame the iOS7 update and/or the government shutdown.

Dang Government trolling in their downtime.

I found this serviceable. Their was neither a great sense of menace from the pirates nor were the Somalia politics framed well to engender empathy for them. It was only the final scene that I found striking, but only as a stand-alone moment. I wasn't certain it jibed w/ my feelings about Phillips throughout the ordeal.

Yeah, I went all historical with my picks. I could have gone all SF/fantasy but decided to stick to historical figures who are awesome.

Ibn Battuta IS kind of like a 14th century Muslim Marco Polo.

I've got 28 minutes in Pocket Casts, so it's not just an iTunes thing.

Never mind, when I actually play the file, it's not truncated. Maybe there's something wrong in the metadata?

Daniel Day Lewis should've been left off the table since he can pretty much be plugged into every role and it would be better.

Yes. That has long been Tom's contention, which is why I also had James Nesbitt in my hip-pocket for that character. It would make a much different movie, but given how he pulled off Jekyll I can see him doing it.

I also toyed with the idea of Liam Neeson in the part, but I think I'd rather have him as Saltheart Foamfollower.

I'll have to watch Jekyll. It looks great, but I've not seen it.

Excellent podcast as usual, guys. I'm happy to let you know there's already an excellent Book of Job adaptation starring Mads Mikkelsen. Adam's Apples (2005) is by the talented and prolific Danish writer/director Anders Thomas Jensen. Fair warning, it's an extremely goofy and charming adaptation! It's not what you would expect.

Ooh. That guy wrote In a Better World and Brothers. Hmm. Okay, I'll check it out. Plus it's on Instant and has that situation where the the 'a' and the 'e' are melded together. I love that.

I thought at first that Kelly's "Captain Phillips" accent was the best that ever has been, but near the end, when it began to swing wildly between Tom Hanks, Dicaprio-as-Gatsby, and the "Another Earth" dialect, it became the best that ever will be, too.

There was a little Cloud Atlas in there too, 'cause Hanks. Sadly, my most obnoxious voice is my real one.