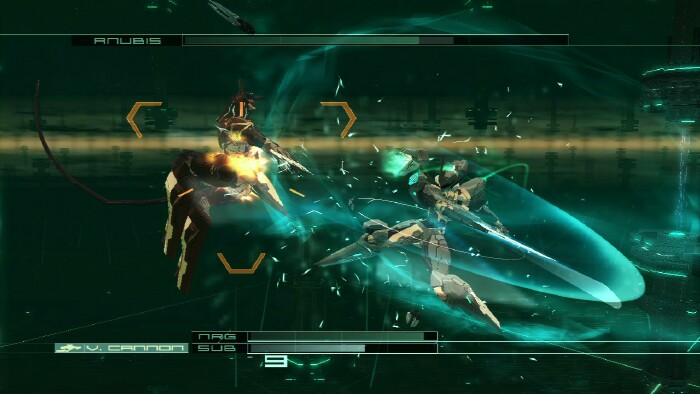 At last, a movie that elevates After Earth, that makes Pacific Rim look like a timeless classic, that marshals the full range of Harrison Ford's emotive prowess, and that firmly establishes the reputation of X-Men Origins: Wolverine director Gavin Hood..

Card has a bunch of other novels that *could* be adapted in a movie. He's written fantasy as well as SF, and possibly that fantasy has more chance of being adapted anytime soon, given how well this movie is doing.

And wow, a reference to Niven and Barnes' Dream Park in the opsis, Kelly. I'm impressed!

I've read Ender's Game and can answer the question Xtien asked: "Why were we supposed to care?" Ender partly wants to please his elders and partly he's competitive. His elders keep putting tasks in front of him that seem impossible and he rises to the occasion each time, gradually improving in his leadership and tactical skills. The final "game" he sees simply as yet another test for his team. He's crushed when he discovers the truth, and I was, too. I remember where I was sitting when I read the ending, and what kind of day it was, what I was wearing, every detail. Best book ending ever.

Speaker for the Dead is even better, if you ask me.

Maybe this movie does a poor job of showing why Ender strives so hard to succeed. He's sensitive and desperately wants to please, while also being feisty when faced with long odds and annoying opponents.

I laughed one long constant laugh during the synopsis.

Ender's motivation is also fleshed out. The novel gives quite a bit of depth to him by exploring why he is competitive. He always feels he has to try harder and achieve more, because he is a 'third'. Merely being as good as the others feels like a failure to him.

Plus, and this is the thing that had me worried most about the film, is the ethical questions around the war. Much is made about the the chosen course of action. Examining the moral implications of war from Ender's perspective is integral. I simply don't see how a major blockbuster can even come close to getting that right.

I really liked the movie, but i guess thats because i freshly reread the book days before i saw it. That filled all the gaps and made me look over things. The podcast made me realize just how much is actually missing.

Ah right! I neglected to mention that Ender's siblings are amazingly smart and capable, and Ender's the youngest. I looove their sibling relationship in the sequel.

It's an okay movie and deserves 50 to 60% praise. It's hard to do a movie of this calibur in 2 hours. There's too many details they had to cut out. I can see how this would be totally confusing for the people that haven't read the book...which means this wouldn't be such a great movie experience for them.
FYI: the count down of 28 days is a count down to Earth's forces invading / attacking the alien planet / forces. The alien's are not attacking Earth. They need to have a leader, Ender in this case, ready to lead the fleet by then.

You're doing a bang-up job arguing in favor of the book. The movie, not so much. It does a poor job of...well...everything.

Technically, the 28 day countdown was until the Terran fleet entered "Formic space", i.e. when the Formic sensors would detect the fleet (the screen readout said something to that effect).

There's no indication whatsoever how long passes between entering Formic space and the "command school" battle segments. Ender writes to Valentine about months passing, but the movie entirely fails to indicate the duration.

I'm sure I would find the movie terrible, too. Just wanted Xtien to know how Ender is motivated in the book, because he asked.

Oh man, I totally missed that it was the Erf fleet heading for Formsix space! That makes more sense. I think the movie was using a scene of Harrison "he's no Rock" Ford studying a wedge of ships moving towards a planet with a countdown timer as a bit of misdirection, to make the audience think the Formsixxers were invading us.

There is no evidence whatsoever of that in the movie, Dave. It's partly the blame of the script, but also the fact that poor Asa Butterfield is unable to project anything that resemble leadership.

He is simply more innovative and mentally spry, and he's got an intense drive to win. At some point, the adults simply realize this and hand him the reins.

If you haven't read Ender's Game I would highly recommend it. The movie adaptation was simply trying to be too faithful to the book's story while missing so much of what gave that story meaning.

In the movie Ender coming back to Earth after killing Bonso to speak with Valentine means nothing to us, because we don't understand the relationship between him and his sister. We are never shown the fear Ender has of turning into his "psycho" brother. The somewhat maternal feelings he has towards his sister. The siblings all relate much better to each-other in the book than their parents. Yet in the movie the relationship between the siblings is given all of what, two scenes? A travesty.
In the book Battle school was all about the relationships. Exploring the different personalities that made up the kids in Battle school, how they reacted to stress and each other. The only relationship that got even half of the screen time it deserved was the relationship between Hyrum Graff and Ender.
As to why Ender is put in charge, Graff believes he is the one who will be willing to destroy the Buggers completely, because of a few incidents in which he acted not just to defend himself but went further to ensure such an incident would not happen again. That is what they show, clumsily, in the first few scenes of the movie. He could have stopped after taking the bully to the ground, but by continuing to beat him he instilled enough fear into him that he would not mess with Ender again. The second thing to know, and this is not communicated as clearly as it could be in the film, is that these kids are all geniuses, the smartest and most intuitive children from across the globe.

I haven't read the book in a good 10 years, and I am definitely planning to go back and re-read it. Do not let this poor adaptation throw you off the book, because it really is one of the best young adult works of the last 30 years.

I was able to enjoy the movie, because I could fill in all the gaps, but pretty early on I was disappointed in the adaption.

The other factor is that they know they can manipulate the children to do what they felt the adults could not. The reveal that the battles were not simulations, but actual battles, carries a ton of weight in the book. The generals in charge felt that an adult would feel more constrained by the ethics of committing what amounts to genocide. They would also be reluctant to throw away human pilots and lives to gain tactical advantage.

It is shown repeatedly in the books that Ender pursues highly effective tactics because the burden of truth of his actions is shielded from him. These are video game pieces to him, no more. It is implied heavily that an adult in his situation, even assuming they were unaware of the simulations truth, would not be so willing to commit units to suicide tactics, Old Guard defenses, and other such means. They would act not to risk human lives, and as such risk the defeat in battle potentially costing far more.

This callous ruthlessness, which to be clear is deliberately trained upon Ender by Graff and others, is unique to him and the other children. In battle the slightest hesitation can be destructive, so they needed the blank slate of children rather than adults.

Whether the leaders foisting the ethical responsibility of genocide upon unknowing children clears them of their moral responsibility is part of the focus of later books. Which is why many speak highly of Speaker for the Dead. If you want a truly unfilmable movie, that's it. Action free ethical and philosophical treatises are not something for blockbuster Hollywood.

It was originally just a short story. I never read the expanded book but they could of just done the short story version.

How the hell did Dingus mention the aliens being BEAT OFF and no one said anything?

There's some interesting elements in the book regarding the logistics of interstellar war. We've been at war with the Formics for 50+ years, but for much of that there's been virtually no battles: the fleet has been in transit the entire time. Because the technology improved throughout that time, the first ships we sent are the slowest and weakest, but as a result, those are the only ones left for the final battle at the Formic Homeworld.

I assume that showing us the image of the wedge-o-ships was a very weak attempt to allude to that element of the book.

I miss a lot of what Dingus says because I'm usually listening with only one hand.