I guess I just feel saying something is sui generis is a pretty tall order? The Raid is like John Wick - a breath of fresh air, and massively influential, but I think you can trace pretty clear lineages for them.

The Raid 2 has a couple of fights that are better than any of the fights in the first movie (that prison yard scene, wow), but overall I think it’s a much, much weaker movie. I’m not exactly sure what the first movie’s clear antecedent would be, although I’m sure it exists, but for John Wick it’s definitely Equilibrium. Incidentally the Raid sort of pre-ruined John Wick for me. After its down and dirty action, Wick just seemed a little too clinical for its own good.

Can someone give me the quick summary (or provide a link) of which Raid movies are which, what order they come in, etc.? I guess there’s a bunch of sequels, spin offs, and remakes? Or am I making it more complicated than it is? What should I watch first?

As far as I know there are only two. The original is called The Raid: Redemption in international markets, I think. Then there’s The Raid 2. There is supposedly an American remake in the works (lol), but it’s not done and maybe never will be, who knows.

Thanks! I think I saw “Raid: Redemption” and assumed it was a sequel or American remake. But I guess that’s the one I want to watch!

Yes, it was dumb to add Redemption to the end of the name, but it’s not my movie so I don’t get to make those decisions.

There already has been one. It’s called Dredd. ;)

I enjoyed Dredd, but I don’t really have any reason to go back to it, whereas the choreography is usually reason enough for the martial arts films (good ones, anyway).

Yeah, I feel about that stuff like I do about fireworks at this point. I’m not denying they’re cool and possibly very well done…but I’ve seen enough that you really have to be doing something wildly unusual for me to care about that now. Like, e.g., manually punching a bullet into someone’s eyeball. (Headshot is a wild-ass movie.)

The reason they added the Redemption was for some dumb copyright reasons. Apparently there was something else called The Raid before it.

And yeah, The Raid 2 is sprawling and messy, but the last hour is basically a smorgasbord of best action scenes of the decade. (For me, it’s the kitchen fight.)

Also, having rewatched it since Exctraction, I’ll stand even more by my Headshot over. The opening sequence culminating in the head-to-title-smash is a more fun and effective villain characterization than any of Extraction’s child-tossing.

The Raid 2 has a couple of fights that are better than any of the fights in the first movie (that prison yard scene, wow), but overall I think it’s a much, much weaker movie.

I just watched Extraction. That was great! That long sequence that you guys were talking about is really fun. I just love the way it starts too. One moment it’s a normal shot, as the camera turns and suddenly we’re moving! We’re moving along with the car, and even though the rest of the sequence is great too, that start was just such a kickstart and felt so thrilling.

Now I have to listen to this podcast.

yeah, watched about half during lunch today, and the single shot (faux-single shot?) action sequences (plural) are pretty amazing!

Finished it up and noticed it was based on a graphic novel set in Ciudad, Paraguay. I like the setting change to India, as the change from a Mexico/Latin America/South American Drug Lord story was refreshing.

I’ve watched a lot of Indian movies and even Hollywood movies set in India, but I’ve never seen a movie set in Bangladesh before Extraction.

(Though to be fair, a lot of actual filming took place in India and Thailand, and only a small part in Bangladesh).

Honestly I am surprised that any filming took place in Bangladesh if they filmed some in India. When applying for my temporary work visa two years ago, we had one person in our group whose grandparents had passports from, as it was known before, East Pakistan. There are some serious issues and hoops crossing between India’s neighbors.

Fun fact - Dhaka is one of the largest cities in the world, and while it’s not the most densely populated (ahead of it are three places in the Phillipines, then Baghdad, then Mumbai), the others mostly have a bunch less actual people, they’re just even smaller in area. (I learned this last night, for unrelated reasons.)

On the podcast, we talked about the change from Latin America to India, and the reasons for it. I’m pretty sure it was strictly a practical matter and not a creative issue. As for shooting in Bangladesh, the only footage shot there was drone footage of the city.

On the podcast, we talked about the change from Latin America to India, and the reasons for it. I’m pretty sure it was strictly a practical matter and not a creative issue. As for shooting in Bangladesh, the only footage shot there was drone footage of the city.

Thanks, I’m not a podcast person, this just seemed like a good place to post about the movie.

Even if done for practical matters, it was nice, and given that it is already Netflix’s #1 original movie (apparently), probably bodes well.

I have a similar dislike of so many shows/movies being set in NYC. I get burned out on it and need more variety. Watching other recent shows (Warrior Nun, Hanna) being set in Europe has been fun as well, even if the plots/scenes/characters could have been moved to NYC, the setting can become a character (or lend character) as well. 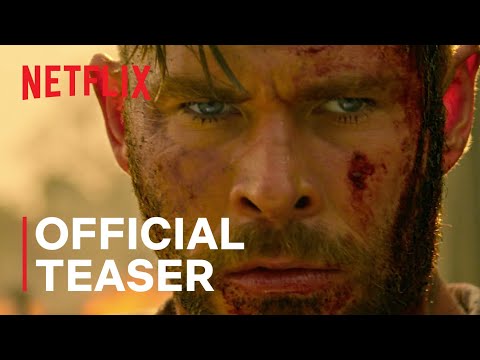