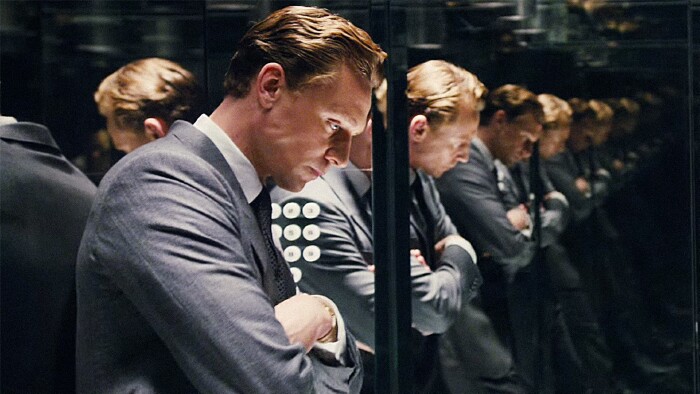 Ben Wheatley's absurd dystopia isn't for everyone. Including one or more of the people on this podcast. At the 1:05 mark, we get sidetracked by this week's 3x3 about side characters who are more interesting than main characters..

Dingus, I was sure you were going to pick Quicksilver. I thought about choosing Lucy Liu in Payback.

Quicksilver. I still cannot believe I missed that one. I should have asked my son. As it stands, if I admit I didn't choose it to him, he's probably going to disown me.

Yes on your exercise question. Unfortunately now you've triggered my brain and I'm intrigued and I have to shut off the impulse to try to figure out what you're talking about with that question.

Most people were fine with Thatcher or actively supported her - after all she got elected three times. A lot of the modern hate comes from people who are feeding off a story they never personally experienced. She literally became the evil witch.

There are communities with genuine reasons to hate her, and people will claim we should never have closed coal mines or encouraged the financial sector over manufacturing, but the truth is UK manufacturing is the highest it has ever been, though with fewer people employed, and she oversaw one of the biggest consistent year on year rises in standards of living that had been seen for decades and which hasn't been seen since.

As someone who read the novel, Ben Wheatley's adaptation is remarkably faithful. Similar to Cronenburg's Cosmopolis, I was amazed that both managed to translate to the screen the essence and weirdness of the source material.

Thanks by the way for the podcast! I look forward to it frequently :)

"Butthurt Over Thatcherism" is the name of my new five piece doomjazz band.

Saw this a few months ago when it premiered at Glasgow film festival. I think I lie somewhere between Dingus and Tom/Kelly. I appreciated much of this movie but it really grated on a couple of occasions. My big complaint however was that the editing of this movie was atrocious. Scenes felt stitched together haphazardly, and often seemed out of sync. I had to really focus to keep up with the film, which is a shame, because all the way through I felt like there was a really great film that just never fit together. Give this to a better editor and it probably would have shone through.

I'm not sure what's up with this episode, but it sounded a bit like it was recorded inside the bathroom.

You guys are a bit off on your dates for Thatcher. She was PM from 79-90, so she really didn't have anything to do with the move from the sixties as Tom kept saying. While she did effectively deal with reducing inflation, the rest of the stuff you mentioned as pros for her reign you are attributing to the Labour government of the 70s, when standards of living was highest. Under Thatcher unemployment skyrocketed and standards of living started to go down.

As America learned in Vietnam, the 60s lasted well into the 70s. :)

We had a series of technical snafus that resulted in having to use a recording from Germany. So, no, not a bathroom, but a pair of tin cans connected by string along the bottom of the Atlantic. Sorry about that.

I agree about the editing, but didn't it kind of reinforce the sense of chaos and impending collapse? Not that it's any less grating to think of it that way.

I think there are far better ways of putting across the chaos unfolding without making the film difficult to keep track of. There were certainly moments when it helped, towards the beginning of the final third in particular when society finally collapses. But if your audience leaves the film dissatisfied (and worse confused) because the film was unnecessarily hard to keep track of at times then something has gone wrong.

I would stress that for the most part the film was cogent, but there were several jumps in time that occured that I only registered well after the scene.

As great as the second season of Fargo is, its use of "erstwhile" instead of "previously" in recaps poisoned that word a little for me.

I'm writing you from my jail cell to tell you that I really liked that part when Kelly said, "Project X", in regards to cool movie monkeys because that's what I was yelling into my iPhone.

P.S. I would like request that my 3x3 selection of Quint from Jaws be posthumously replaced by Seaman Beaumont from The Hunt for Red October.

Getting elected has very little to do with having most supporters in this country. Look at the statistical analysis of how few votes swung the last general election in the UK to give the Conservatives a majority government. You can scrape by to power with about a third of the total ballot because our system is dumb as all hell (37% votes will get you 50% of the Commons seats, plus when you're in power it's harder to get voted out as you can start messing with the catchments and skewing geography in your favour). Anyway. Movies, right?

i love dingus' reaction to this movie. there's a cool piece of editing where they cut between classical and electronic music when the building's power first flickers, a little callback/foreshadowing based on the opening's tone

and i'll also vouch for field in england, it's out of its mind and somehow the first thing from wheatley i'd seen

there's a cut in the racketball court where jeremy irons hits his head and it's almost absurd how out of place that edit was made. i think it's all cumulative toward making the audience feel as crazy as the characters

Christian, sorry to go a little off topic, but when you were talking about how Zootopia is like a cartoon noir on that podcast, you mentioned offhand that Looney Tunes did it better. What were you referring too? I also loved the noir vibe in that film, so I'd love to see other examples of it.