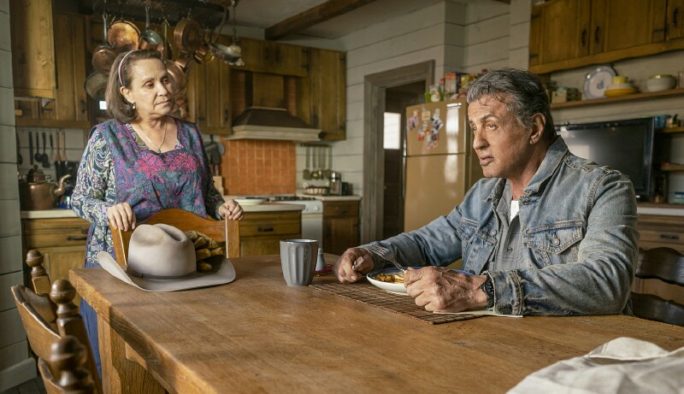 If Rambo can't protect Arizona, you can be damn sure he'll avenge it..

I hope this is a game

I hope this is a game 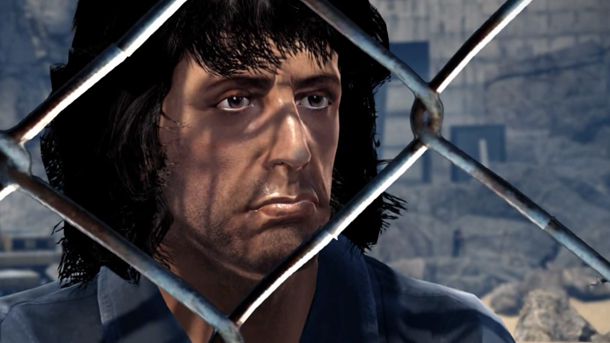 Dingus! You watched Day of Reckoning! I knew you’d hate it! :D (I’m kind of surprised you didn’t turn it off after the opening, to be honest - talk about fridging.)

I’m kind of tempted to go watch last blood now that you’ve compared the two - just so I can sit there harrrumphing that Last Blood has nothing on the sporting goods store fight.

EDIT: Grindhouse is what you’d call the cinemas and drive-ins that screened cheapo exploitation movies.

What happened to the box office report and Megacritic vs Rotten Tomatoes? I wanted to know if Arnold was right!

EDIT: oh it was later. Are you guys going to do Downtown Abbey or Ad Astra?

I was definitely expecting a dumb action movie and not something with the quality and intelligence of I Spit on Your Grave: Deja Vu. My audience applauded at the end of this thing, though. That made me feel dirty and I instantly liked the film even less.

I might be able to agree that Gabrielle was never a human being to begin with. Obviously her loose relationship with the hero and vague discussion of future plans are just screenwriting 101 bullet points. But what was up with that scene with her dad, then? It seems like the movie wants us to see her as a person with hopes and pain for that brief moment. I think that’s why I was upset by this. There was no reason to even attempt to make us feel for her if she only ever existed to get Rambo enraged.

Yea! A movie podcast I can listen to because I have no desire to see this and don’t care about spoilers LOL.

David Morrell, creator of the Rambo character, sums up my thoughts more succinctly than I ever could.

just so I can sit there harrrumphing that Last Blood has nothing on the sporting goods store fight.

This is a good point. That was quite a piece and I could see Tom liking that part because it calls to mind David Bruckner a bit. That said, I don’t think that’s how baseball bats work.

And ugh. That beardy man and all his yelling.

“I can’t control what’s out there.”

Was I baked or (wait, there’s more) was Spanglish’s occupation as a reporter totally irrelevant and inconsequential to anything that happened in the entire movie? As opposed to everything else that was irrelevant like the party, the horse, the medal, and Nick Nolte?

was Spanglish’s occupation as a reporter totally irrelevant and inconsequential to anything that happened in the entire movie?

Kelly, she wasn’t simply a reporter. She was an investigative reporter. This is an important distinction as it enables you to infiltrate rooftops that are mostly empty and to surreptitiously move pickup trucks.

A lot of people don’t know that.

In addition to that, they needed to explain Rambo being able to immediately locate people of interest down to individual buildings in a large city.

Since this is not a jungle or a temperate rainforest, it would be ludicrous to suggest that even Rambo could track them. But journalists? Journalists know exactly where the people they’re investigating are at any one time.

More than 10 minutes missing in the US, UK, CAN and probaly other countries. US: 89 minutes, GER: 101 minutes. Strange new world.

Kelly, she wasn’t simply a reporter. She was an investigative reporter. This is an important distinction as it enables you to infiltrate rooftops that are mostly empty and to surreptitiously move pickup trucks.

Oh, so that was HER trash on the stairs. Classic Paz!

You know what they call a device that delivers Spanglish to people to do various jobs?

And ugh. That beardy man and all his yelling.

Look - he’s a cloned murder machine that has been disengaged from his masters. He has hell of emotions that need to come out.

And the bit where his foot got chopped off was a pretty neat bit of coreography wasn’t it?

If you want a creepily silent Andrei Arlowski though, Universal Soldier: Regeneration is your bag, which I would put down as the most tonaly coherent and ultimately best movie of the bunch. (As much as I love apocalyptic weirdness of Day of Reckoning.)

I loved hearing you guys try to speculate about where the “women in refrigerators” trope gets its name.

“Is it some classic pulp crime thing?”
“You keep the woman in the fridge so the murderer can keep her body fresh and taunt the hero with pieces of her body?”

All the time not realizing that it actually gets its name from… a Green Lantern comic book! Women in Refrigerators (or WiR) is a website created in 1999 by a group of feminist comic-book fans that lists examples of the superhero comic-book trope whereby female characters are injured, raped, killed, or depowered (an event colloquially known as fridging), sometimes to stimulate "protective" traits, and often as a plot device intended to move a male character's story arc forward, and seeks to analyze why these plot devices are used disproportionately on female characters. The term "Wome...

Hahaha you guys aren’t nerds after all!