Thought I would start a new thread for nerd art, given that the way images post in the new forum has changed.

Here’s a recent painting that is probably finished, though I sure will get a few touch ups in the coming days. Here’s a generative nerd art project that I just did for an online class. The interactive version is here: http://clayheaton.github.io/generative_cartoons/index.html

The code is here.

What did you use for your fitness metric to govern the evolution ext generation?

What did you use for your fitness metric to govern the evolution ext generation?

Yeah, it was lame because I threw it together 10 min before the thing was due. Basically, the “critic” is initiated with an invisible comic that represents his preferences and each comic in the generation receives points depending on whether it uses the same background, same number of characters, same actual drawn characters, and a metric based on the Levenshtein distance between the captions.

I had something more interesting in mind that involved visual and textual themes and their interrelatedness, but my kids kept me so busy that I didn’t have time to work on it last week. :)

I also need to improve the text generation. It currently uses the structure from 100+ New Yorker cartoons and random POS tagged words and their frequencies (from the same corpus), but it could use some improvement and greater depth. That looks like more than I got done in the last two hours.

This was an improvisation over one of my favorite songs. Headphones recommended.

This was an improvisation over one of my favorite songs. Headphones recommended.

Very cool. Do you have a link for the original song? I searched “Sleepless in Whiterun” on Youtube and got a bunch of skyrim links.

Very cool. Do you have a link for the original song? I searched “Sleepless in Whiterun” on Youtube and got a bunch of skyrim links.

The original song is called “Streets of Whiterun”, and it is indeed from the Skyrim OST (and one of my favorite musical pieces ever):

Some retouched line art. Added some fantasy princess to this one. Finished up the portrait. Here’s a medley I did some months ago - a simple improvisation on two themes by Jeremy Soule: a song called “Fear Not This Night”, from the Guild Wars 2 soundtrack, and the Elder Scrolls Theme, as seen in Morrowind.

Lacking time or motivation to come up with something original that resonates, I’ve dived into some fan-comic making. I’ve always loved GIJoe, and the idea that maybe, when they aren’t fighting the Joes, Cobra might actually be a competent organization… enjoy.

If you want a pdf here is the web size PDF, and hires print PDF. Makes for much better reading on a tablet. 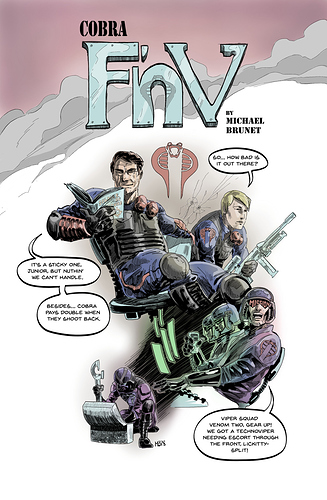 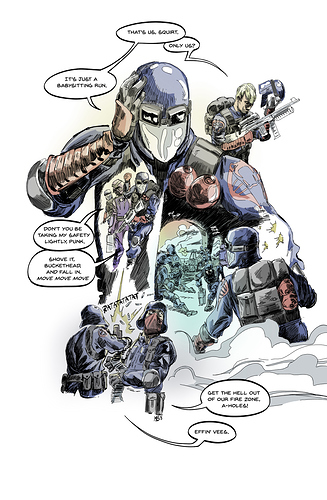 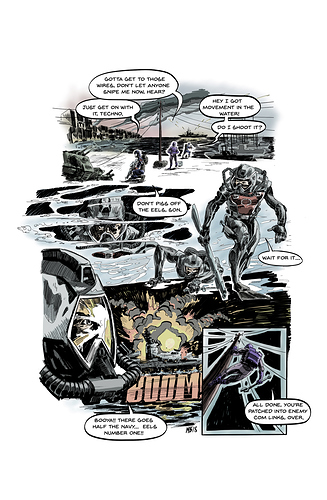 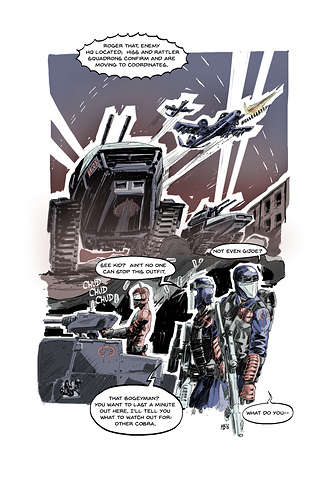 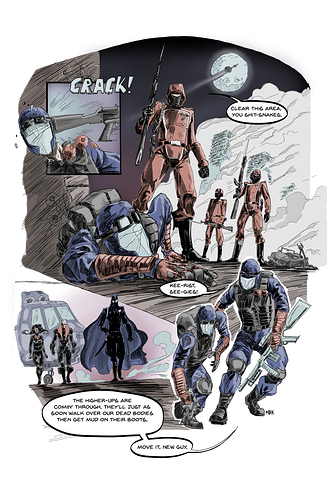 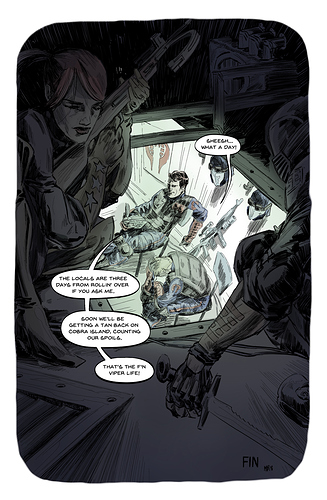 That’s awesome, thanks for sharing!

Posted something mildly NSFW, but couldn’t figure out how to blur the image unless you click on it so I just deleted it.