Bravo to my Secret Santa who did some searching of my posts or they got really lucky in what they chose.

In my wish list I had asked for Locke and My Neighbor Totoro because I haven’t seen either movie. What did I find when I opened the first box? 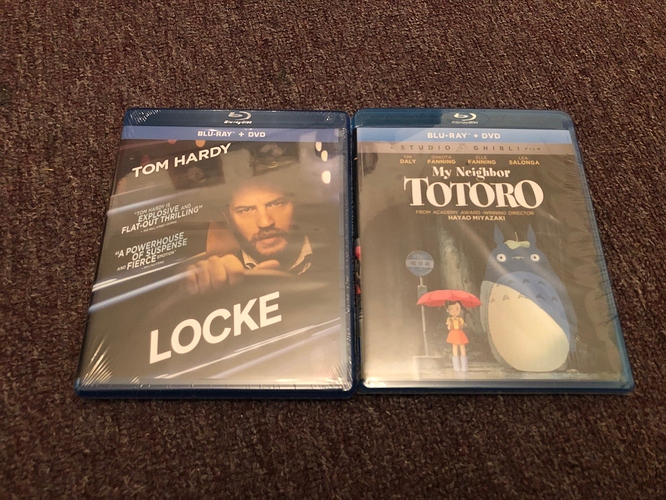 Included in the box was another item on my wish list. I don’t like this guys politics, but I do enjoy the heck out of his comics. 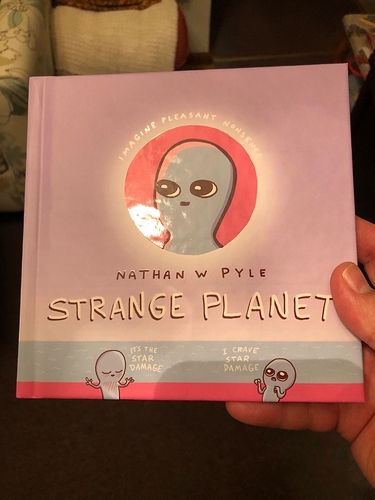 What I next found in the box I wasn’t expecting… 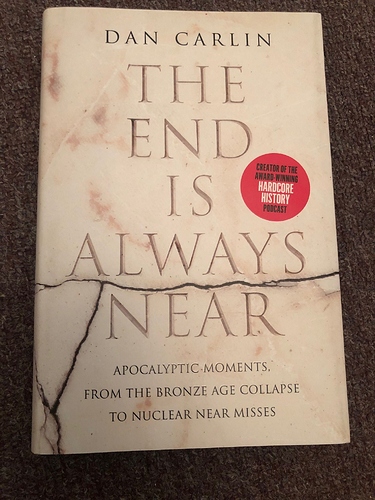 I’m a big fan of Dan Carlin and the Hardcore History podcast (thanks to @Left_Empty for bringing him to my attention). I know I have mentioned Dan Carlin maybe once or twice, but that would have been awhile ago, so good stalking, Santa. 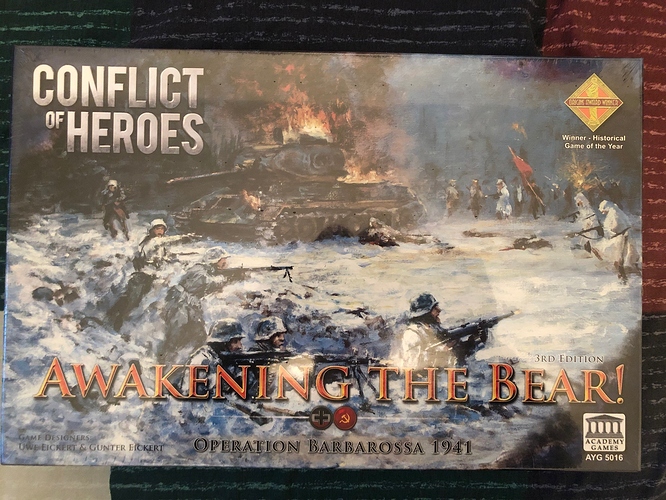 I’m a big fan of the Eastern Front despite the fact that brutality of it makes me a bit queasy to think about. This will be played. But… it’s a 2 - 4 person game, how can I play it if I’m alone you ask? Excellent question.

I can do so because I got a second package, mailed from Canada, despite the fact that @fire’s stats showed only a single person from Canada being in the Secret Santa, so my Santa was very devious. Inside this box was: 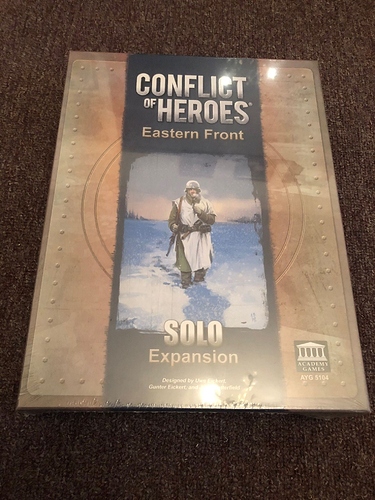 The solo expansion!!! Right on, Santa.

You have helped to brighten a fairly dark Christmas.

@marquac - I’m glad you like the gifts - especially the items off the wishlist! It was tough to get a good sense of what would make a good gift but I found out that you were into Paradox games and WW2 so made some educated guesses on what might be interesting.

I probably should have put something in the packages to out myself but forgot to do more personalized note… anyway, hope you enjoy!

My kid is pretty upset that I didn’t bring Overcooked 2, a co-op game about cooking, to the snow when I came up to join him. It was part of Secret Santa’s package of goodies and we got to play it a bit between hospital visits and when my kid left on vacation.

The first thing he asked me when I arrived was, “Didja bring it?”

I had to admit I had not brought it. He was crestfallen.

Something to look forward to when we return this weekend!

With many apologies to @CraigM, who has been an excellent Santa, with superb tracking of my delights and interests, that my life’s been a little upside down with travel and far, far too many commitments to other people and not nearly enough time to myself :) 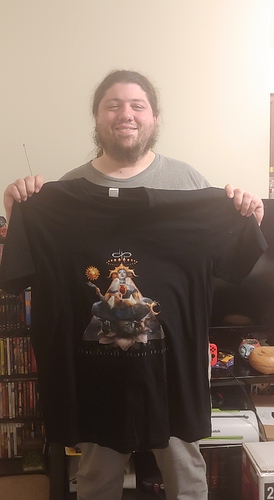 An awesome set of Star Wars-themed cookery based off the restaurants and bars at the Disney Star Wars land, Galaxy’s Edge (which I was utterly entranced by just two short months ago) plus an awesome, crazy-hard to track down shirt from one of my very favorite artists (who Craig was instrumental in getting me fully into, no less!), Devin Townsend. I have always loved that album design – nice find, man.

Thank you so much, Randy. I couldn’t be more pleased!

That is very, very happy to read as well. I apologize that my planned digital addition got waylaid by a computer death pre-Christmas. I have scaled back on its ambition in the interest of timeliness, so please do check your PMs when you can :)

Thank you so much to @fire for making this wonderful tradition happen year after year. It’s genuinely one of the brightest parts of my year each and every time. You are all lovely, amazing humans I am incredibly grateful to spend my internet time with <3

Well, first of all, apologies to my Still Secret Santa!

Holidays have been rough over here with a spike of stuff at work, a kid that for the first time understands there’s something cool going off and a family that went through some hardships last year.

But I’m back at home and I can open my present!!! 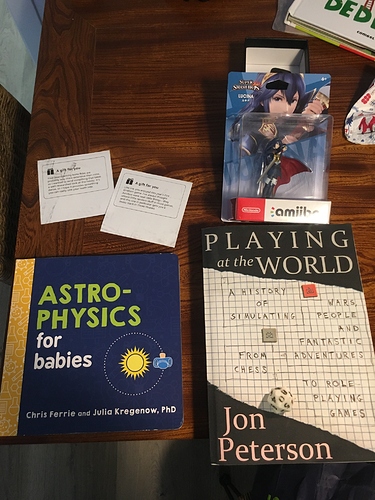 This is pretty amazing:

First a book that has been on my wishlist for forever. The only reason I haven’t bought it yet is because my current reading project and lack of time make it hard to justify new books. But I’m getting exhausted of ancient history, so I think i will take break with some boardgame history! This was excellent stalking. Good work.

Secondly, we have a book I’m looking forward to reading to my son. With a little luck and effort I can probably make him a nerd yet (the guy seems to like kicking soccer balls, I’m scared!).

Finally the third part of the present is scary. Look, I like amiibos. I like the concept of it and how they look. But I’m also somewhat of a compulsive collector and I had been resisting breaking that dam. Oh, well, thanks to secret Santa that’s done. Better keep your identity secret lest my wife finds out who started it ;P (I joke, I love it!).

And again, thanks so much to @fire for organizing this. You bring happiness.

And I read it. Amazing book. Thanks again secret santa!

So I just finished this gem: Given to me by my QT3 Secret Santa, it has proven a FANTASTIC history book about D&D, but also wargaming and boardgaming in general (and a tiny bit of computer games). I’m immersed in along term project of reading through the whole Cambridge Ancient History (finishing book 5 out of 19, 3 more years to go or so) so it was fascinating to jump from such broad-stroke history to this hyper-focused and well written approach. It’s still a history book throughtout, thou… 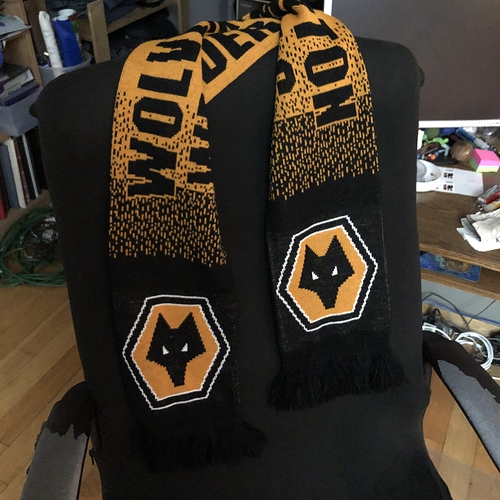 I finally decided what boardgames to order from @Vesper’s store, courtesy of a generous Santa gift from @JMR! 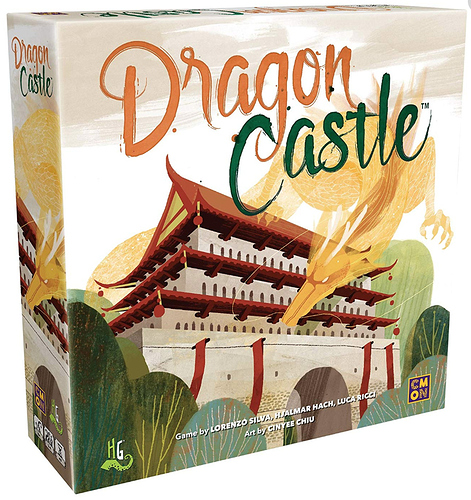 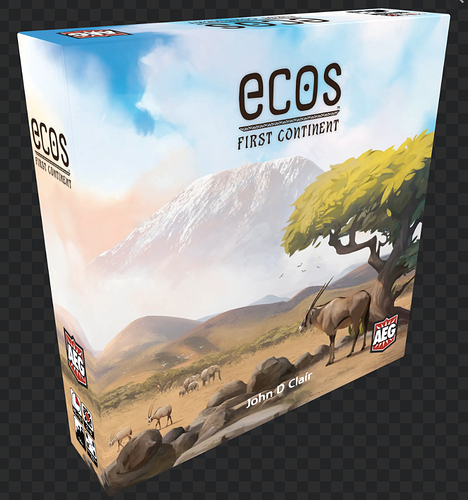 Thank you to @Thraeg for alerting me to the Dragon Castle app, which led me to choose that game, and to @JoshL for helping me pick Ecos!

And thanks especially to @JMR for being so generous. I had a blast deciding what to get and I cannot wait till they arrive. Thank you too @Vesper!

And of course a big thank you to @fire!

Wait what? We can order from @Vesper s store? Info plx?

OOPS, my santa was @JPR, not @JMR. I have NO IDEA how I screwed up those two!

I accessed Vesper’s store by PMing him here. I used his store because @JPR set up some store credit with him for my gift.

Yeah, no hard feelings on that one!

Back in the day, I was a guest on the podcast when it was an “interview forum members” format, and we talked a little about that at the beginning. My username used to be my full name, but I changed it when I started looking for a new job.

Tom never allowed first names only, and “John R” was taken, so I created a decade of confusion, instead.

Glad you got some stuff you’re excited about. I look forward to hearing how they go.

Wait what? We can order from @Vesper s store? Info plx?

Indeed! I am happy to ship anyone games. I’ve been splitting shipping costs 50/50, and there’s no tax if you are outside of CO.

@mjgreeny75 was my secret santa, not so secret though due to the USPS customs apparently misplacing my package for 2 months. But he kept in great contact with me through the process.

And today finally the box arrived, with many stains, much damage, and a hole in it. Customs tagged it with a ATS hold, so it had to be X-rayed and I believe they may have failed to keep the one side up at all times looking at the way they put stickers and such on it, even though all sides of the box said to do so!

Many people do not know this, especially @tomchick , he isn’t good at geography anyway, but I really do not live in South Carolina!

The package traveled from The Netherlands

How far is that you may be asking, this far:

A far journey, and a rough one as you can see by the condition of the box: 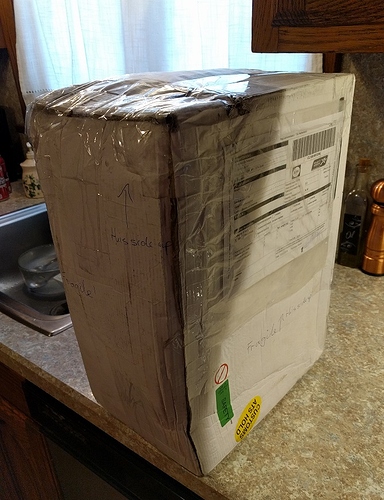 Amazingly the contents were all intact thanks to the excessive amount of foam and bubble packaging! And the only thing with any sign of damage were the stroopwafels which now have a permanent lean to them. 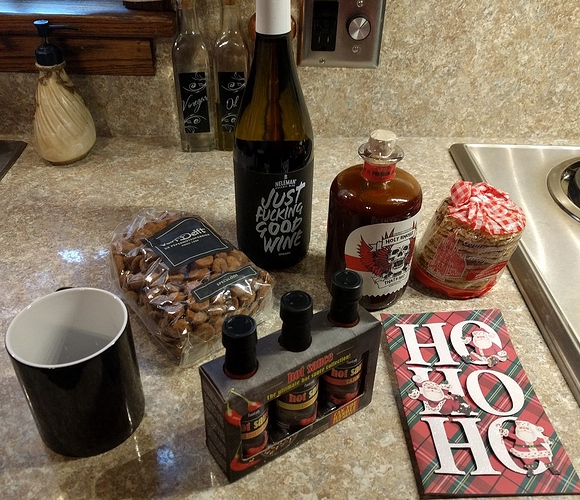 There is an assortment of JFG wine, three tiny hot sauces, hot BBQ sauce, tiny cookies called speculoos that are sweet with hints of cinnamon, ginger and nutmeg. I may have eaten a quarter of the bag already. Also slightly smashed stroopwafels, a mug that I believe changes color based on temperature according to the description in the card. I will have to test it out with a hot beverage tomorrow! Oh and a nice message in the card that made me smile. :)

Now I also have to make some chicken fingers later this week to test out the sauces!

You nailed it, great job @mjgreeny75 ! It was totally worth the wait!

YES!!! So happy it finally arrived, and that everything is still intact! Shipping 4 fragile items is a bit nerve-racking, so you may be right about the amount of bubble plastic and foam being slightly excessive :-). I basically filled every available space with it just to be sure. I’m sorry you have to clean that all up now, but hé: it worked!

As for the mug: you are correct. You can take a sneak peek under a hot tap if you like. And I’m glad you still like the ‘pepernoten’, but aren’t they passed the expire date by now? Feel free to throw them (and the stroofwafels) away if so, I’ll make that up to you next Christmas!

Anyway, sorry it had to take that long to get there (even though I don’t think I could have done anything to prevent it?), and I’m really glad you enjoy it!

Both pepernoten and stroopwafels have pretty damn long expiry dates if you don’t open the package. After opening, pepernoten take about a week to go bad.
I have eaten forgotten stroopwafels that must have been years old. Still good. But I live with toddlers, so my imune system is on top of the game.

They seem fresh, most dates on packages are premature. :) 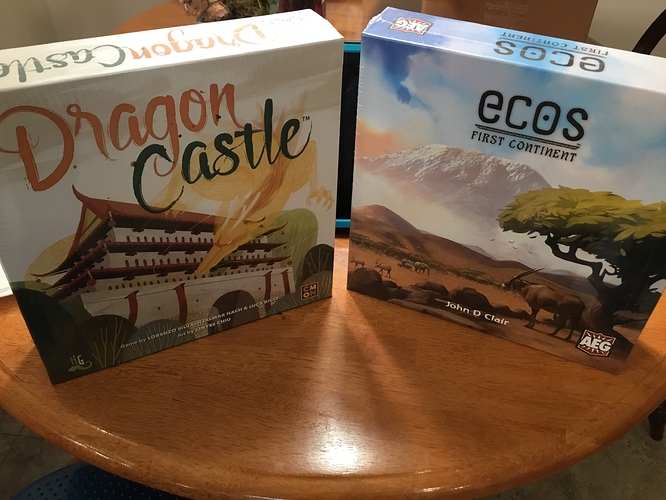 @fire and @JPR, here they are!