Question on New Mobo/Cpu onboard video vs old card

Now I am going to upgrade my video card soon as it’s tax time.

So until then I can use the onboard video or a GeForce GT 520 card.

520s a little old but fried motherboard and sometimes you use what you have.

Which would you guys recommend using until I get a better card?

(Motherboard should be here anytime, love getting new tech.) 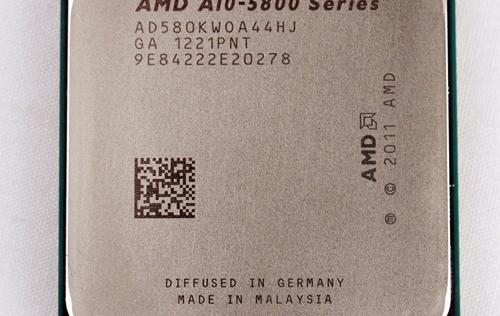 The wait for AMD desktop Trinity APUs is over. This next generation of APU is built on the mature 32nm SOI process technology and features a second revision of the Bulldozer architecture with a more powerful GPU. Step right in as we reveal its...

At a cursory glance, it appears the A10-5800K holds its own or better against low-end discrete GPUs like the GT 520. Seems like it would be good enough until you can afford a “real” GPU.

Good old GPU hierarchy chart from Tom’s Hardware ranks the integrated HD7660D 5 ranks higher than the GT520, which is quite a bit of difference.

Thank for the help =)

Did discover that it was the power supply and not my motherboard that was faulty.

All evidence pointed to a dead motherboard but I really needed an upgrade and got a decent deal for the mobo/cpu combo.