The long-running video game strategy guide publisher Prima Games will be no more by next year.

Employees at all three Prima Games offices—Roseville, Indianapolis, and New York—will be affected by the cancellation. It’s unknown when the New York office will close its doors, but Roseville’s will close by mid-November, and a selection of employees at the Indianapolis location will continue to publish material until March 2019.

Would this be considered a dinosaur death?

Man, what a legacy to leave behind. RIP indeed.

I have been informed their Moo guide I ordered is crossing the Atlantic yesterday. Cannot be a coincidence!!

End of an era. On the other hand, it makes sense to me. I’ve hardly purchased strategy guides in probably 15 years or more and even then mostly ones with personality, which Prima’s weren’t.

RIP! The only guides I’ve bought in the past 15 years or so have been from Future Press. Hopefully they keep churning out those lengthy magnificent creations for years to come.

This is the greatest strategy guide of all time. 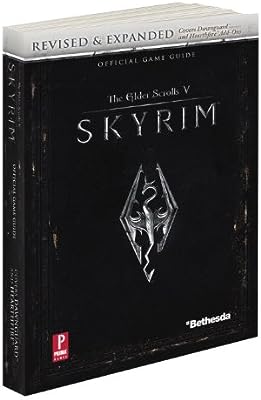 But i left a pretty unhappy review over the Assassin’s Creed Odyssey guide.

It sucks - their guides were awesome as artifacts of the gaming industry. Fully color, well made, well designed. BUT, the problem seems to have been whether or not they had enough early access from the developer to actually create a guide worth reading. So many recent strategy guides are more like art books than containing useful information.

The ACOd guide for instance had less technical information than the in-game tool tips, and virtually no side question tips or tricks, all it did was just list that something existed. Which is something, from a certain point of view.

Keep in mind that Prima bought Brady in 2015, so this effectively kills that brand too.

That’s really surprising. I mean, a lot of recent guides came from them. Both of the two most recent Assassin’s Creeds, Far Cry 5, Witcher 3, Shadow of the Tomb Raider, Fallout 4 - and lots more.

Guess that means I’ll be losing the e-guides. I mean, I only have them because they were free w/ the hard copy, but still. Given the number of recent guides they had been cranking out - like I said, this surprises me.

Guess that means I’ll be losing the e-guides. I mean, I only have them because they were free w/ the hard copy, but still. Given the number of recent guides they had been cranking out - like I said, this surprises me.

A lot of games today just aren’t complicated enough to really need a guide, i think. The Skyrim guide, by contrast, was the neck beard’s bible, literally a step by step walkthrough with hard earned tricks and tips of every single quest and location in the game.

There’s actually a lot of tension between the Tom Chick-ian well documented tool tip heavy in game information and a game that’s full of hidden and hard to find secrets.

When you think about it, it’s rather astonishing they lasted so long.

I mean, Penthouse and Hustler still publish paper magazines too. But you’ve got to figure gamers are somewhat more likely to be online than masturbators.

I don’t buy the guides to help me get through the games. I buy them so I know where to find everything. I want to see literally everything in the game. And I don’t have the time nor energy to comb the map looking for every little thing, especially when you can miss it even when you’re standing nearby. I want to make sure I get every collectible, every side quest, every odd happening, etc. I understand not everyone plays that way, but I do, which is why I still buy the guides. I actually rarely use it for the ‘strategy’ part. It’s more a reference

When you think about it, it’s rather astonishing they lasted so long.

Yeah. These days the kids look at videos that don’t describe or detail what you need to do but just shows you.

I have fond memories and a few actual guides left too. Great stuff then.

I only bought the guides for big RPGs because I wanted to know everything about the game and the world.

But there aren’t a lot of big RPGs anymore. You know, cause they’re all trying to milk that microtranscationed-to-hell multiplayer thang.

Me too, plus the all the charts. I still have my Might and Magic VI guide!

I haven’t even considered buying a guide since the internet was a thing. The last guide I purchased was probably TIE Fighter.

I also like having a physical copy of something to look at vs having to use a tablet, or another computer, or switching screens to look at an online site (which is why I never used the eGuides all that much).