Rain World: Explore and Survive the rain as a cute slugcat

This is awaited game after 5 years? of development and a successful kickstarter, it will be out in 3 days. Actually, streamers/reviewers are already playing it, and the word of mouth is pretty positive.

Rain World is set in an abandoned industrial environment scourged by a shattered eco-system. Bone-crushing intense rain pounds the surface regularly, making life as we know it almost impossible. The creatures in this world hibernate most of the time, but in the few brief dry periods they go out searching for food.

You are a lonely nomadic slugcat, both predator and prey in this land. You must hunt enough food to survive another cycle of hibernation.
Other - bigger - creatures have the same plan.

Inspired by the aesthetics and simplicity of 16-bit classics, the gameplay consists of platforming and fast paced sneaking; both sneaking on your prey and sneaking in order to avoid larger creatures. A large focus of the development has been on enemy AI: they are cunning, vicious and they are always hunting you.

Intense, primal predator encounters will challenge your reflexes. Limited resources and the constant impending threat of rain will test your nerve. This is not an easy game!
Open-ended, sandbox-style narrative lets you make the choices… and deal with the consequences.
Co-operative and up to 4 player competitive gameplay: deathmatches, endurance, waves, custom challenges, etc.

I think we already have a slugcat thread, but I’m not sure.

I searched for it, couldn’t find it. In fact I wrote before in the ‘rim world’ thread because I read it as ‘rain world’. Ops.

The reviewers impressions are very good, though some of them are saying the game is pretty hard, sometimes very hard, though still fair. Think far away checkpoints, 1-hit deaths, dying can make you lose rank (progress). I suppose it’s justified by the harsh survival tone that the game strives for.

Damn, I was really entertained watching a LP video.
This is really an ideal game to watch Let’s Play (in case you won’t play it or don’t care getting spoiled). It’s 50% a fictional nature documentary in an alien world, 50% thriller with suspense and action full of clutch moments.

It’s reviewing with fairly low scores because the game is too hard.

I love how the game looks and the idea of how it plays, but I worry it’s going to be too hard for me. From what I know after watching some streams:

-No guidance of where you have to go.
-Obscure mechanics and systems, you have to learn by yourself.
-Huge, labyrinthine map to lost yourself.
-One hit deaths by almost anything.
-Stealth enemies (with again, one hit kills)
-Fairly long stretches of game between checkpoints
-Insta death every 20 minutes by rain, you have to find a checkpoint before.
-Food needed to use checkpoints.
-Lost of rank with every death.
-As it’s a platform metroidvania game, a failed jump to cross a chasm may mean a huge detour in your path to come back to that area, which in the end means your death because rain.

Now, one or two of these ‘features’ wouldn’t make that hard, but all together and combined is going to give a tough experience.

The art style and animation looks wonderful, but the difficulty is just too darned much for me.

The art style and animation looks wonderful, but the difficulty is just too darned much for me.

I hope the dev ‘admits defeat’ and patch a easier difficulty. Just giving a single-use free save each time you hibernate (you can save once between refuge and refuge) will be a godsend.

It’s a platformer and a survival game, but neither of those categories are a neat fit for Rain World’s peculiar brand of misery. There are traces of other games’ DNA, such as the original Dark Souls’ bonfire system and the roaming, improvisational foes of Alien: Isolation, but Rain World stands apart as one of the most alienating and difficult games in recent memory, previously mentioned company included.

Ok, I’m going to forget about this game for now… someone warn me if they casualize it a bit.

I’m still ‘monitoring’ this game, seeing if it improves with patches.

The first one is a step in the right direction.

This quick patch is intended to accommodate some early player feedback and polish assorted rough edges on the various game systems, etc. These were all low-hanging fruit that we think improves the player experience without taking anything away from the concept of the game. Rain World should be an existential experience: unforgiving and even occasionally unfair. But it should be the jaws of a Lizard that gets you or the Rain, not some ragdoll physics wonk or design oversight!

Though the overall design still seems very hard. Like, look at this:

Does that mean you lose advancement if you dare to exit the game after two minutes after your last sleep cycle?? When we looked at survival platformer Rain World [official site] we found a gorgeous and intriguing world but one that often felt too brutal to fully enjoy. So it’s good news that an upcoming expansion will add an easier mode, where you play as a...

I will play it when that arrives.

Pretty much. I was an original backer of the game, and waited patiently to see what we’d end up with. I’ve fired it up once, played through for maybe an hour, chuckled manfully, and uninstalled. I appreciate the game’s Another World vibes and art style; I do not appreciate its sloppy controls and 80s difficulty mentality.

Hello friends and slugcats! After many months, we present to you: Rain World v1.5 Main new features include: 2 new playable characters, corresponding to different playstyles and difficulty:...

Yeah, I have the game pending to play, I was waiting for that update. But I want to finish a pair of games that I have started now…

I’m finally playing the game, in the new ‘Easy’ difficulty.

It’s indeed a pretty good game, with great atmosphere, and novel setting and gameplay. I’m in the sixth zone already, and I’m in the 30th cycle (so I saved and/or restarted from a checkpoint 30 times, I think).

Difficulty wise, I had problems in two specific parts, but they weren’t that difficult. It’s mostly being an exploration game only punctured some times by combat areas.
In a way, after what I played on Easy (and a bit on Normal difficulty too to compare, and watched some videos), more than being a super hard, tough as nails, game as it could appear, it’s a frustrating one.
You just have to imagine what would happen if the game would have a normal free quicksave/quickload feature. There would be some areas with hard or numerous enemies that you would have to quickload a few times, but nothing different from any other game, you know? What the game is, it is frustrating:

-You can have the typical part where you are stuck, because you die always there, and the sparse checkpoint system obligates you to repeat the previous 14 screens with every attempt, even if you don’t have problems with them, the problematic one is the 15th one. This is the main reason I hate this kind of save system.
-In addition of restarting from the last checkpoint, if you die several times, you have to ‘grind’ for food to recover the lost karma.
-You are supposed to take your time and explore your environments, but that can be frustrating with the relative lack of direction, the labyrinthine designs and the rain which timer has some randomness built in… just to screw with the player from time to time I guess. Why it couldn’t be always every x minutes and that’s it. The level design also can be a problem apart from the ‘labyrinthine’ point from earlier, for example I tried to orient myself depending of what it looked the scenery, some sewers and an exterior part (in a shore) but sometimes taking a path down the shore into what it should be below… would connect instead with another shore with the sun shining.
-The game loves it’s obscurity, in both setting info (you are sometimes given some strange glyph-like messages that aren’t very clear) and even gameplay mechanics (go to a wiki to know a few extra things you can do), which can be… you guessed it, frustrating. Same with some items or creatures you find, you are supposed to experiment with them to learn (instead of cheating and going to a wiki), that’s why there aren’t explicit instructions and what each thing does, but experimenting in this game also can get you killed, so it isn’t really a good idea.

I always laughed of people who said things like not being able to stand spiders (or whatever) in video games, but man, the centipedes in this game are too real. Unnerving.

Also it’s kind of funny how even after creating other difficulties, the creator couldn’t help but defend his VISION of how the game should be played: if you play on easy you don’t have access to special lore about the origins of the world.

5 years after release, here is a new dlc coming soon! 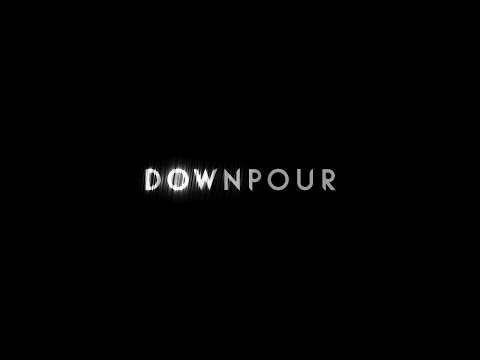 It’s a mod made by fans turned official dlc, btw.

I keep meaning to get into this one.

It’s a mod made by fans turned official dlc, btw.

Interesting. Have they made any changes to the mod? They’re charging money for it, so…one would hope so.