RPS seems to like it for what it is. Rainbow Six Extraction is a tactical FPS that borrows from Rainbow Six Siege's best bits and turns them into a moreish, alien-busting time.

But as far as Rainbow Six Extraction goes as a whole, I think there’s a lot of good here. The missions are challenging, the aliens are clever, and the progression system is rewarding enough to keep you interested. Nothing is going to blow you away or keep you playing for hours on end, but it works as an FPS you can have a really fun time with on occasion. Sometimes that’s all you really need, isn’t it?

make sure to link up accounts

also dont trust those tools, i meant those youtube reviewers… if anything the best reviews are word of mouth. i cant stand that ACG guy AND Skill Up… its amazing they represent the most views of youtube video game reviews… kind of pathetic. JUST MY OPINION, in case you love them.

been playing all day on stream and having a good time. randoms are pretty awful but the occasional good group is super fun and solo is doable as well. Most of the negative reviews I have seen are missing all the points and boil down to the type of things like ‘why am I playing a game’. The game is fun for me, I play because it is fun for me. No real story here.

Played a little last night and watched my kiddo play for a bit. She enjoyed it enough to then download it on her XSS so we could play together this weekend. My first solo run on Moderate I lost my operator after not really being stealthy enough when I got mobbed. So, went back in and rescued that operator the next match. The whole losing your operator and having to go in to rescue them is cool but can see it getting annoying later on during harder levels.

Went back into a solo run and again, lost my operator pretty quickly. My kid never did, she was using all those Siege tools very well and I guess the old man needs to get with it or she will kick me out of the group this weekend.

Like the map sizes, not too big or small. Lots of fun tools to use and manipulate. Enjoying it so far. 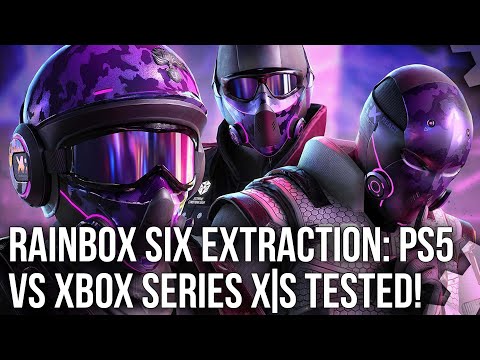 I can’t believe how much of that video had him at low ammo or no ammo.

I can’t actually find this on Gamepass (PC). Is it there?

No lol. It’s on Ubi but you have to link your Ubi account to GP and you play it through the Ubi platform.

Try this link, it’s from the Gamepass banner for R6E.

Yeah this is the only image or mention you will see of it on gamepass, clicking it leads to the link posted by @Jag 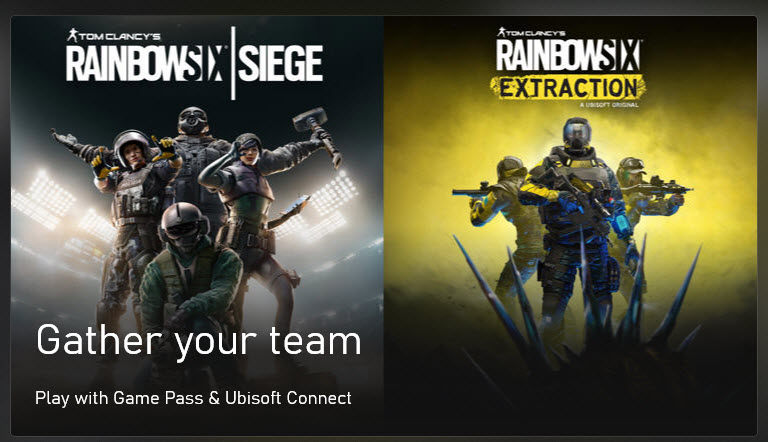 What was hilarious to me was the dire warning you get after you try to link your account.

It was something like “Are you sure want to do this? Once you link your Ubisoft and Game Pass accounts, you won’t be able to undo it”. I was laughing. Holy shit, you can’t undo it? That doesn’t seem right.

Haven’t played a R6 game in years but I still feel like I’m playing XCom more than anything else. The game is not forgiving solo at all.

Just did my first elite hunt. I was at max health and fully armored thinking I would take it down easy. Ending up getting swarmed and escaping with 1 health. That’s the second time today I finished a mission with 1 health!

I love taking the operator who has the Decoy…used that a few times to finish the sabatoge mission.

It’s a tough game but enjoying it.

I am liking the dificulty too. Also like the idea of having to rescue your other chars if you fail in-mission. Has roguelike element feel to it.

This game is quite good… it’s almost like a first person shooter version of XCom.

It’s also got a lot of flexibility in how you can play it, both based on what operators you take and your own personal play style… although there’s enough randomization such that you don’t always get to dictate how you play it.

If you play with randos, be prepared to go in guns blazing, because someone is likely to be an idiot. However, it’s nice that you do not need to ever play with randos, as the game will adjust difficulty based on your squad size.

When playing by yourself, or with a group of folks who aren’t idiots, you can choose to be careful and clear out hostiles before taking on the main objectives. However, as I said, randomization can sometimes throw a wrench in that plan. Sometimes enemies may spawn in a location where they have oversight on you almost immediately, and find you before you can scout them out. This can result in your team getting swarmed by a hoard of enemies, which creates a much different experience than a slow methodical clearing of a zone. I think this variation being forced upon you is actually cool.

Being forced to swap between operators is also well done. It doesn’t really feel like a punishment, as they all play well, but it’s cool to keep you mixing it up. It also works well with a team, as it gives different folks a chance to play the same guy, as they swap in to handle the fact that the other player’s version is injured temporarily. (technically, you aren’t limited to only one of a given operator, but it tends to be kind of pointless to bring more than one of the same operator in many cases)

The weapons and shooter aspects all feel very tight.

Overall, me and my buddies are enjoying this quite a lot.

I’ve been telling the stream it feels like coop xcom fps. Love the mix of tense and intense.

The XCom vibe really cannot be overstated. Something about this game very much has that feel.

Part of it stems around the idea of having a little team of dudes that you choose to drop into the mess… part of it comes from the fact you’re fighting weird alien things… part of it is the tension and craziness that can occur (although I have yet to be mind controlled and forced to kill my teammates with my own grenades).

As you progress, you start encountering new enemy types, and when you first run into them shit can get real crazy real fast.

For instance, we were playing last night, and ran into some new type of enemy… without giving too much away, I thought it was some other type of enemy which you encounter fairly early, and went to pick it off with a headshot. Well, this one had some kind of carapace protecting its head, so that didn’t work. Instead, it just pissed it off, causing it to howl and attract everything else.

So that was bad… I’m like, “Uh, guys, I just shot something… and it won’t die.” and then the thing disappears into the ground. “Uh… GUYS. Something bad is happening!”

“Yeah, we know, there’s a ton of stuff coming in.”

“No man, some kind of NEW Bad is happening!”

Then the thing bursts out of the ground real close, and one of my buddies is like “OMG WTF IS THAT THING IT’S IN THE ROOM WITH US!”
“I DON’T KNOW! WTF! KILL IT KILL IT KILL IT!”

I can’t get this to start. Just complains about being offline. My Ubi and MS accounts are linked.

yes this is the first of the zombie/alien coop where i feel the enemy feels threatening. it has stealth elements and the randomness does play a big part. I do like how Timex describes ‘the shit hitting the fan’ moments… cuz it happens! I was on the last mission with a group and we thought… hah np this is easy just have to defend this point… but wham, one smoke monster and a sniping monster in a corner takes us all down.

Theres also save the vip missions where once you walk the vip to the extract… a stalker chases you on the level… so many hair rising moments both solo and coop.

Its true this is the closest thing to xcom shooter even moreso than the xcom 3rd person shooter.