Zemeckis has gone the way of Ang Lee and (I think) James Cameron in getting so tied up in movie technology that their storycraft gets sidelined. How else to explain Welcome to Marwen? Nevermind. There’s no explanation for Welcome to Marwen.

Yeah, it did seem that he got bogged down by the mo-cap animations, but afterwards I was hoping he’d get back to fun stuff. (But perhaps that’s just my warped memory speaking as What Lies beneath and Cast Away would not be categorized “fun” movies either…) And he did tackle 3D for the Walk and whatever tech he used for Marwen. I guess there are parallels to Roger Rabbit & Death becomes her? On those movies he also experimented with new tech…

Speaking of Cameron, he’s all the way in “auteur” territory and even though he does create entertaining spectacle, its disappointing there aren’t more entertaining action movies on his slate (in the vein of True Lies).

I guess the “adventure” / happy action movies aren’t much of a thing anymore for some reason? With the world turning bleaker (climate, politics, pandemics…) I hope that there will be a resurgence for these types of movies, but I’m not holding my breath. The superhero genre in its current form does deliver some of that spark, but those don’t have the easy charm of a “Raiders/Romancing the Stone” adventure movie. Though as we saw with the horrible Indy 4 and the sputtering development of Indy 5, even old hands like Spielberg can’t quite make that work anymore in todays climate.

Star Trek: The Motion Picture is better than The Wrath of Khan.

Yeah, I think there was a lot of technical experimentation driving Roger Rabbit, even if the results were better than Polar Express or whatever. (Were they? I haven’t seen Roger Rabbit since it came out on video!)

Though as we saw with the horrible Indy 4 and the sputtering development of Indy 5, even old hands like Spielberg can’t quite make that work anymore in todays climate.

Honestly, I don’t think the “climate” is an excuse. I think Indy 4 was either lazy filmmaking or the work of a filmmaker that forgot what made the original movies great. A solid Raiders-like movie now would be welcomed, I think.

Were they? I haven’t seen Roger Rabbit since it came out on video!

That’s a good question. I remember not liking it very much, but I was only 13 at the time, and I haven’t seen it since either. Maybe I would have appreciated it more if I was a kid or an adult?

Just about all I remember is Christopher Lloyd’s terrifying cartoon eyes!

Were they? I haven’t seen Roger Rabbit since it came out on video!

That’s a good question. I remember not liking it very much, but I was only 13 at the time, and I haven’t seen it since either. Maybe I would have appreciated it more if I was a kid or an adult?

I did watch it recently. I think it holds up pretty well, really, and they did a great job integrating the animated and live elements.

A solid Raiders-like movie now would be welcomed, I think.

Yep, lets hope someone gets on top of that! Seems like the new hotness is heavy action shooter (John Wick / Extraction / Old Guard), none of which have a “positive” outlook. Trying not to fall back on the “fun” moniker too much, as that carries some baggage around here!

“National Treasure” is getting another sequel and that series had ambitions to be modern day Indy movies. Never quite worked for me, but lets see a) if that sequel happens and b) if its any good.

My 6 year old son and I are currently watching Godzilla.

“The Jurassic Period, 2 million years ago” 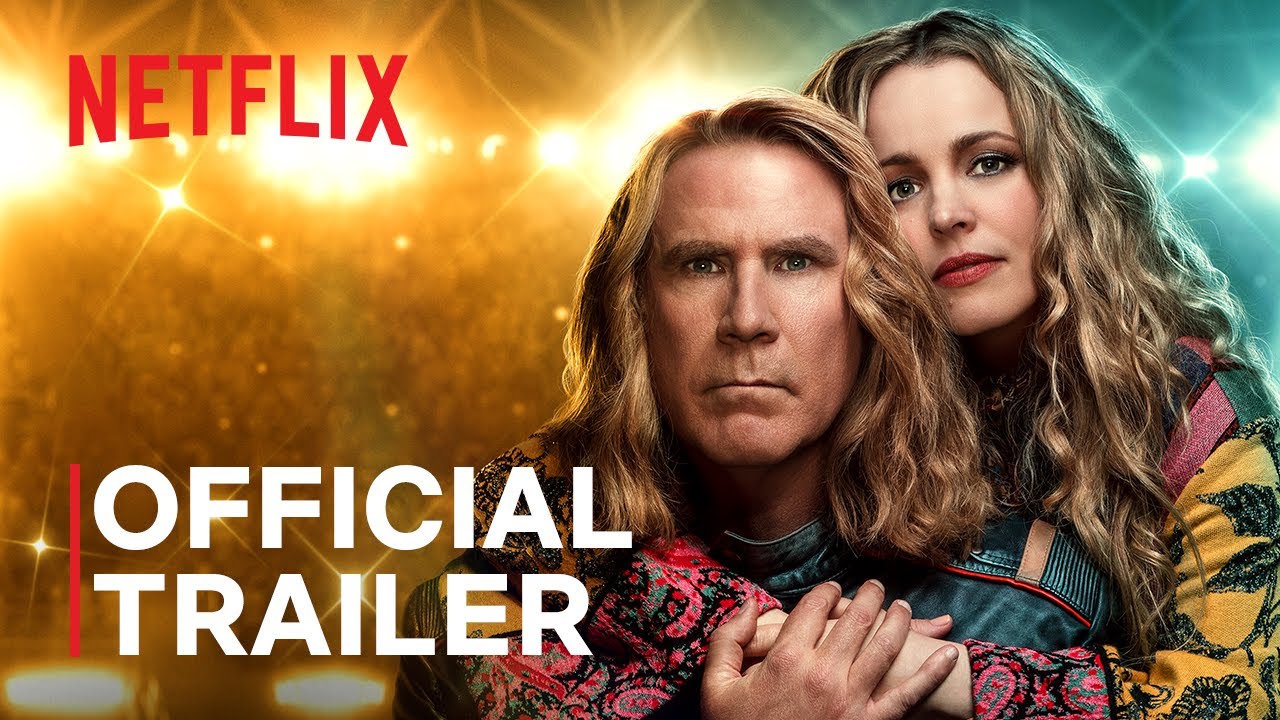 So, the Eurovision song contest is ridiculously huge and terrible at the same time, so a satire about it could be pretty good. Also I love Rachel McAdams!
However I just can’t get past the terrible trademarked Will Ferrell mugging called “comedy” by some, so I will have to pass on this one.

Anyone planning to watch this and willing to report back?

If anyone should do this, it’s Christopher Guest. It doesn’t really need satirising, though. The real thing is silly enough. 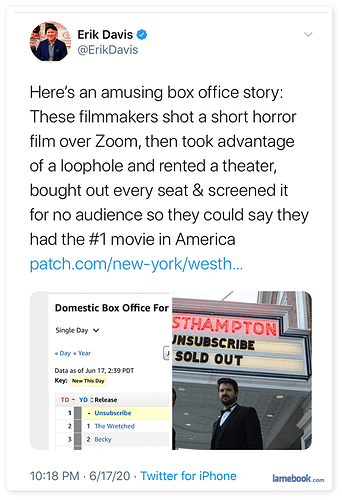 I watched Harriet on HBO last weekend. I enjoyed it a lot. I didn’t really know many details about the life of Harriet Tubman so it was quite exciting. Also I really loved that the soundtrack sounded straight up stolen from Gladys Knight’s License to Kill (the Bond movie). I love that song.

I watched The Assistant, a movie on Hulu about a day in the life of an assistant. I loved it. Recommended.

Did anyone else watch The Assistant? @tomchick you mentioned it briefly in the 20:20 frame game. I can’t stop thinking about it. One thing that will be underappreciated is that even though most of the dialog in the movie is incidental things she overhears other people saying, that dialog is really consistent and well done. It’s the type of things I hear around the office when they’re discussing projected sales and forecasts. And I also think it will be underappreciated how the minutia of little tasks that she does around the office are so spot on. Those are the type of things I do around the office, and they got all those right. Whether it’s consistently using the printer and waiting for copies, or unjamming that printer or using the microwave or cleaning up a work area, or a dozen tiny little things they show her doing in detail around the office.

It’s such a good way to tell a story like this, from the perspective of the minutiae, so to speak. That’s what it’s really like. That’s the majority of the time spent around the office, and to stick your neck out instead of going with the flow of the minutiae is really hard.

I can’t imagine too many people here have seen this, but Men and Chicken is a very strange movie that I quite enjoyed:

Mads Mikkelsen in a very, uh, different role from his more famous ones. Basically, he plays a weird loser whose dad has just died, leaving a very brief video message informing Mikkelsen and his brother that they were actually adopted and their real father was this scientist who lives on a remote island. In the wake of this bombshell the brother reluctantly allows Mikkelsen to accompany him on a journey to visit their newly discovered biological father. Boy, does the movie go places from there. But this isn’t extreme cinema. Some of the implications are pretty gross, but the movie never shows anything too horrible, and there’s a weird, off-kilter charm to the characters and the situations. And it’s all played so straight. Like of course this is how things work. Obviously. Don’t be silly.

And it’s all played so straight. Like of course this is how things work. Obviously. Don’t be silly.

That tone reminds me of The Lobster.

With shorter periods of time available to me, I find myself watching less and less movies, and more and more TV shows. This has been happening for many years actually. I’m falling woefully behind on the movies I actually want to see.

What I need to remind myself is that even when I watch a movie, I never watch it in one go anyway. I watch what I can, then when I get interrupted, I pick it up again on a different day.

You guys! A 2 hour movie is just 6 episodes of a 22 minute TV show that’s been strung together. That’s all!