I’ve come across something odd. I edited (as a new save) the stock carrier takeoff training mission. I thought this one was a bit of a pain because of the annoying taxi to the back of the ship to swing around and hookup with the catapult. However, on loading it up, I can clearly see that you are supposed to start at the back of the ship, right near the rear cats: 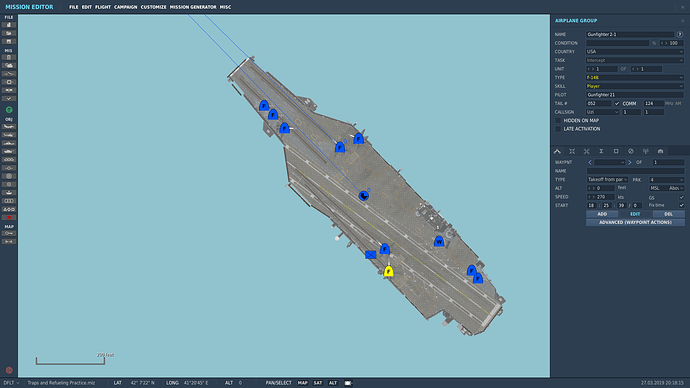 However, when you start, you’re just as clearly up at the front, at a different parking position: 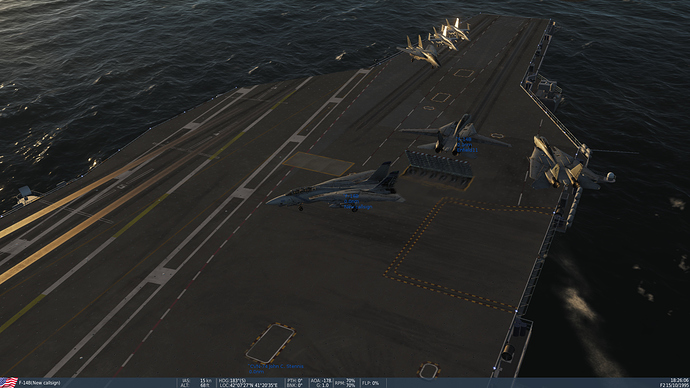 Any insight? Just a bug?

Unrelated, I clearly need to redo the takeoff tutorial, because although I juuuuust managed to takeoff without putting her in the drink, I must have forgotten something to take the wings out of oversweep (I did select “auto” before taking off), because they refused to deploy the entire flight (nor could I get the flaps down for takeoff).

@kolbex It’s the way DCS handles spawns. You are using the parking spot, cold takeoff position. It just assigns slots to that. The ship has four of those, and airfields often more. AFAIK you don’t get to choose. It is what is is and it aint what it aint.

@Anklebiter I prefer the top right (blue) one. I loathe the swastika. But if I get to drop napalm firebombs on a swastika made out of juggalo zombies it’d be fine.

Hmmm. Good point on the swastikas. Now I’m worried that people will be offended. Not sure the bullet holes and the F5 gun sight over them are obvious enough. Removing the pic just to be safe… 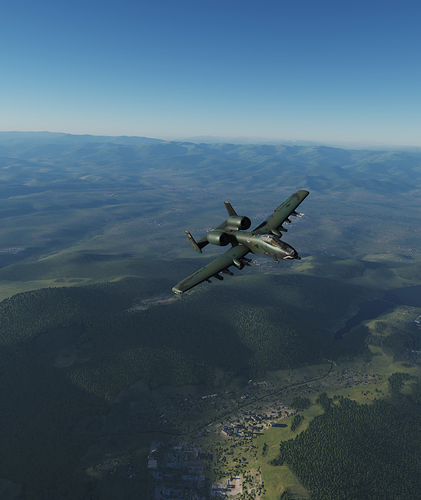 This is my hog. There are many like it but this one is mine. 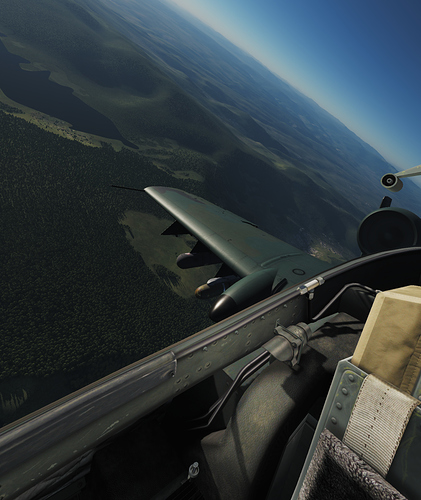 Without me, my hog is nothing. Without my hog, I am nothing. 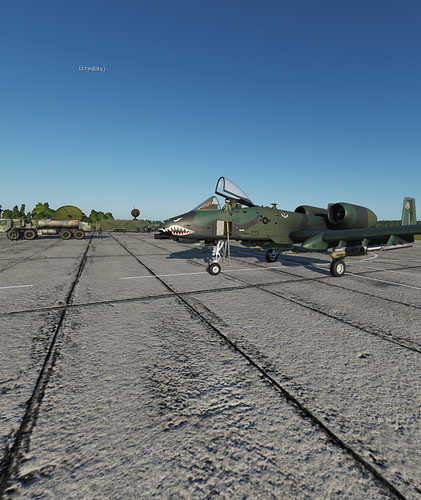 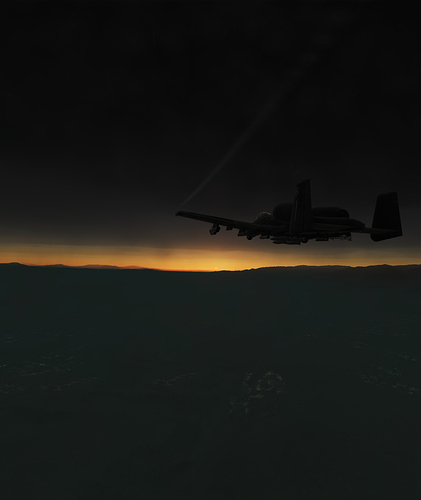 Schurem, I’ve subscribed to your channel man. Your contributions to this thread and the weekend thread here What will you play in the weekend? are top notch - not to mention other threads here and all across the intarwebs.

I nominate you for QT3 poster of the year based on your content, optimism and overall contribution to the culture of this forum. @tomchick please make it so :)

When will DCS get its own thread on this forum?

Since Eagle Dynamics has turned all of their separate games into modules for their DCS World wotcha, it’s only fitting to make an individual thread for all of them together. Whether you’re so archaic as to prefer the P-51, so meatbricks-for-hands as to be limited to the straight lines and gentle turns of the A-10C, so flat-out strange as to like the Su-25T, or so possessed of a surgeon’s touch as to properly and precisely employ the scalpel that is the Ka-50, you can talk about your aircraft of …

Is it too late to edit that wall of text of your first post, including some pictures? I’ll support it.

If not, let’s create a new one and show this forum what this sim can do!

edit: I vote for number 2. I have been blessed occasionally with lucid dreaming. This has always resulted in sex and flying.

There’s a reason DCS’ own thread sank back in '12. There’s also a reason it never regained its own thread for long.

One is tradition. This thing is over ten years old. It started when the world was middle-aged, microprose and janes’ had died not that long ago and combat flight simulation was a wretched dying thing lost in the throes of its own orthodoxy.

From that desert of minutely counted rivets came the power and the glory that are todays’ DCS and Il2 BoX. Now there’s VR and AI backseaters playing period synth-pop and tomcats and viggens and hornets and hogs and oh my!

But the old hands here still bear the memories of those halcyon days when the world was young and they flew dynamic campaigns experiencing awesome there-I-was gameplay in their Microprose sims of yore. They still resent the russian devs for choosing realism over gameplay and surviving the coming of the 1st person shooter that way.

And so the joystick has gone from an ubiquitous gaming peripheral and every gamer worth his salt knew what a split-S and an immelman were (don’t you @tomchick) to the mark of the nerd of nerds.

And that’s why this thread is now DCS and Il2 BoX’ own thread on this forum. And Wings over Flanders Fields’ and Battle of Brittain 2.0’s. Because they still exist but aren’t exciting enough for enough people to keep them up in the battle royale.

Wings Over Flanders Fields appealed to me very much, and I finally gave it a go a while back when the Ultimate Edition went on sale for a price that didn’t seem ludicrous for a game based on Combat Flight Simulator 3. After playing Rise of Flight, though, the planes in WOFF were just too well-behaved. No perilous landings, every turn smooth as butter…they just didn’t act like those rickety old crates should act, and it kind of killed it for me.

Too much navel gazing in DCS and latter-day Il-2 for me. I personally don’t want to struggle to taxi because some pretend pilot thinks it should be super hard to do, or spend countless hours trying to tweak 6 axis curves to try to get an aircraft to fly straight.

I want to kick the tires and light the fires. Strike Fighters 2 was close to the perfect level of switchology for me. Unfortunately, all we have these days are these Russian switch simulators or things like War Thunder.

And the fact that the guys who so cheaply built those things are engineers, not entertainers neatly explains that we now have study sims and hardly any of the what used to be survey sims or lighter sims.

Anyway, I like switchology. I like the bzzzz BZZZZZZ chuuuuUUUOOOOOAAARRRGGGGGH!!! of my plane starting up. I like having to learn a zillion things to get it from cold&dark to hot&deadly. I’m like a pig in shit with DCS.

There’s some things coming out of unity that might scratch your itch @scharmers, take a look at VTOL VR for example.

It’s not the shift from realism, it’s the focus on systems realism. The boxed version of Air Warrior in the 90s had AI pilots flying the correct tactics for their planes – turn fights in Zeroes, boom-and-zoom in P-40s and Wildcats, etc. Hell, I saw AI pilots do the Thatch Weave in 1942:PAW. Plus big formations, random encounters of limping planes, all the stuff you read about in WW2 pilot stories.

Now we have AMAZING system simulations and I’m somewhat confident I could start and fly away in one of the Blue Angels F/A-18s if I found one sitting unguarded. (Note to the Feds: I do not plan to do this.)

But we lack the living environments and exciting scenarios that we had low-res versions of in the 90s.

These aren’t mutually exclusive. Having a cold-and-dark start sequence doesn’t preclude you from recreating the kinds of insane battles or breathtaking encounters you read about in air combat histories. But the effort is mostly on the system side.

I do see some promising campaigns coming up in the DCS WW2 stuff - I need to check those out. They lack the random/surprise element, but it sounds like there are some real attempts to recreate the historical scenarios.

Now get off my lawn, I’m trying to read this 80 page PDF on how to fly DCS F2A Buffalo.

We’ll probably get that before anyone does a Phantom II. You know, a plane that was active and fighting for over 30 years.

I want DCS Vietnam so bad.

But the big boys are the hog and the intruder.

The phantom, crusader and even the ov-10 all are on someone’s todo list. Phantom got pushed back to make room for F-16.

Thos thing grows so slow, but it grows. Someone might even rewrite the unit AI at some time. And the weather. And the way it renders light sources at night.

Oh, man, the Crusader… Probably my #1 want. Read “Last of the Gunfighters” by Adm. Paul Gillcrist if you want to read the kind of real-life experiences that would make amazing sim moments.

Need the map, too.

Never had this experience. Seems like flying in DCS is as simple as any other game, like Crimson Skies. Sure, there is some complexity if you want to git gud, but isn’t depth in a game a good thing?

Never had any control issues either, even with VR. Plugged in joystick. Mapped the gun to trigger and missiles to the top thumb button and away I’ve gone. In most cases, I wouldn’t need to map these, but I guess I’m used to that type of stuff with PC gaming. 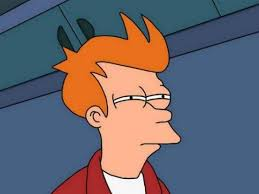