I love the F-5. A relatively simple little hot rod. The MiG-21 is a good buy if you want to test your landing skills. :) There’s a learning curve for that one. I need to go back and fly it some more.

The MiG by a country mile. It oozes character.

Same! But as an Australian I’d be most keen on an F-111, which was an icon of the skies around here before they were phased out. I’m sure one was rumoured as being in development at some point.

Flying the F-4 while waiting for the F-111 would at least be historically accurate for the RAAF :)

“Battle of Normandy” expansion out of EA for IL2:GB

edit: why I can’t fly 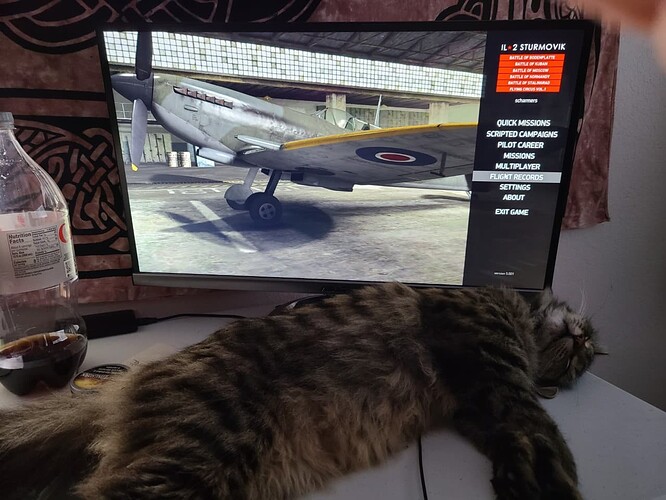 Because there’s a cat on your keyboard?

Pro tip: to make your crate really dance, leave at least half the fuel home. Things like the quick mission builder tend to put you in the air with a 100% full tank at the moment of contact. But a P-51 is an unbalanced pig when full. Put it at 50% and its a nimble dancing murder machine.

Because of time constraints I tend to use the quick mission/instant action things of my sims far more than the campaigns and things. Just a quick dogfight between dadly duties. I just realised one of the DCS quick flights for the viper is essentially the TopGun Maverick mission; a flight up a canyon followed by a pop up bombing. It’s exhilarating and only about six minutes ;)

@JonRowe , what machine did you end up getting?

Nothing. I decided to master the f18 first. I am sure there will be a Christmas sale.

Plus I got my steam deck pre-order and I ran out of gift card money.

I am super excited about this!!

Hey friends, I am super excited about this new thing I’ll be doing on Fridays, now that I’ve finished Yakuza. I had so much fun over these last several months playing my favorite classic sims that I’m going to make it a weekly thing! Each week, we’ll...

Did you guys know that there was an F-19 strategy guide? I didn’t.

Got one off eBay, can’t wait. 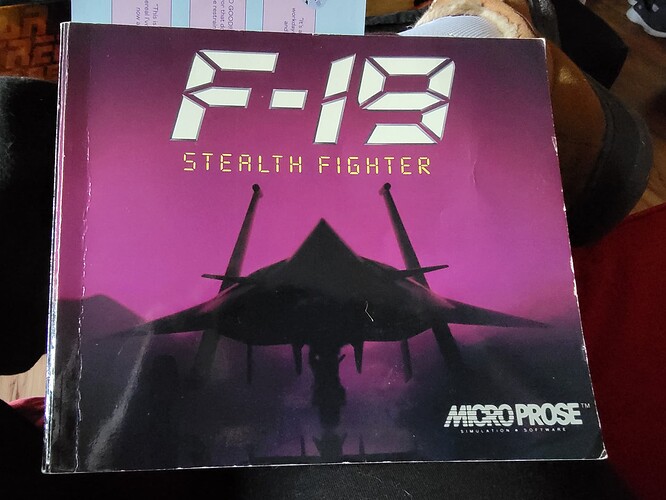 Finally found the proper, IBM version of this (earlier I’d found a really cheap copy and in my haste to get it neglected to see it was for the Atari ST).

It can be a boat, apparently, so I’m sure it can be a plane too?

A free simulator game where you can drive different electric cars made by Tesla Motors. Like in GTA, you can walk around and drive Model S, Model X, Model 3, Semi truck with trailer, Cybertruck, the second generation Roadster, and the original...

I mean, the Amiga version is the best version…

Kinda like Neuromancer. The PC version was awful. Amiga was way better.

Yeah it’s from the era when the PC was the weakest platform video and sound-wise. The only games from this era where it doesn’t matter are Sierra games, which deliberately targeted the PC, and Microprose games, since Microprose tended to just take DOS versions and sprinkle in a few more colors for Amiga which tended to look godawful.

Most Microprose games ported to the Amiga were actually done by Microprose UK, which had a damn good feel for the machine (see: F-15SE 2).

Basically, there was this short 2-3 year period where the Amiga was the multimedia leader and games on every other PC platform looked like shit. Then, around 1990 or so, the PC started to catch up with VGA and Adlib cards. I picked up my first PC in '92 when it was clear that if I was interested in flight sims, the PC was now the way to go.

So it’s possible there was a difference between their sims and the other games. If you look at Railroad Tycoon for Amiga for example, it looks like crap. They just took the pretty decent EGA art and tried to fluff it up with some extra colors. Even worse is Covert Action, which used the same EGA-based engine with some great EGA graphics, but looks atrocious on the Amiga - especially the procedurally generated criminal portraits.

I didn’t really play too many of the Microprose flight sims of that early era. I was (and still am) really bothered by the lack of realism in their cockpit displays.

Even though the Amiga version might be better in some respects, DOS is what I’m familiar with and if I had played F-16 CP back then, is what I would’ve played it on, so I’m gonna stick with DOS for this one.