Red Dead Redemption 2 is in a tussle with lawmen 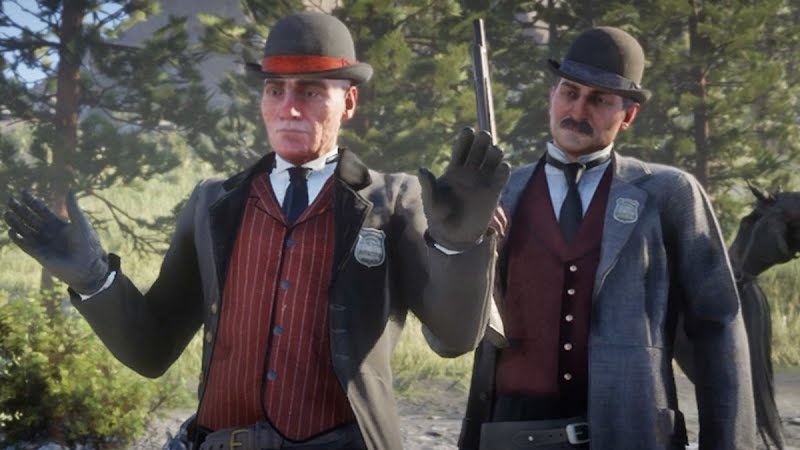 Yeah, this is an absurd money grab by Pinkerton. They are absolutely fair use; part of the historical record. It’d be like Mitsubishi suing a WW2 game maker because they made the Zero. The Pinkertons of old would have just trashed the office, harassed the employees at home, and applied a few judicious “physical interventions”. Now they are just another tort factory…

But Pinkerton is also evil!
So… is there a scenario in which both lose?

But Pinkerton is was also evil 100 years ago!

I fixed that for you.

Who cares about the details?! ;)

Pinkerton earned itself some slack for giving us Dahiell Hammet, but the beef with Take 2 is ridiculous.

Not sure if you’re joking, but Weezer’s Pinkerton came from the character in Madame Butterfly.

Finally enough, the Pinkerton Agency did try to sue Weezer over it as well. It was thrown out of court.

Maybe? It’s a bit different though, I suppose.

The eternal corporation, eternal zoo rights, and the ability of such historical names to be bought out and held indefinitely certainly makes use of anything historical more complicated going forward.

Though I’m certain that there is plenty of prior art cases involving uses of historical names in such a manner, and this should clearly be fair use, but you can never be quite sure with our Ip laws.

Ultimately I suspect this would lose in court, though the question of at what level. The process of appeals can be costly and long, so many companies chose to settle instead. So the legal merits may take a back seat to pragmatics.

Considering they are asking for a percentage of the take on RDR2; that would pay for a LOT of lawyer hours.

Certainly! That’s the ask, I just wouldn’t be surprised if they ultimately settled for some undisclosed 6 figure payment or something.

I also wouldn’t be shocked if R* tells them to pound sand and take it to court, and then wins. I think the least likely outcome is it goes to court and R* loses.

Do we expect anything else from the Pinkertons? Kinda solidifying the rep here right?