Syfy has really fallen of late and after dropping The Expanse, they have had little of interest to me but this just might pull me in. Im a big fan of Tudyk and a comedy with him playing an alien in disguise on Earth sound like a perfect project for him. Syfy has a trailer here:

Resident Alien: Alan Tudyk is out of this world in first footage from SYFY's...

Meet the latest citizen of this blue marble we call Earth. He's not from around here. In fact, he's not even from here!

Fun to see a little footage! I heard about this one fairly recently, and I’m really psyched about it. That’s one guy who is just ALWAYS fun to watch, and the premise sounds promising.

Here is the new trailer for Resident Alien. The show drops on Syfy on January 27th. This is going to be fun, I can feel it in my balls. 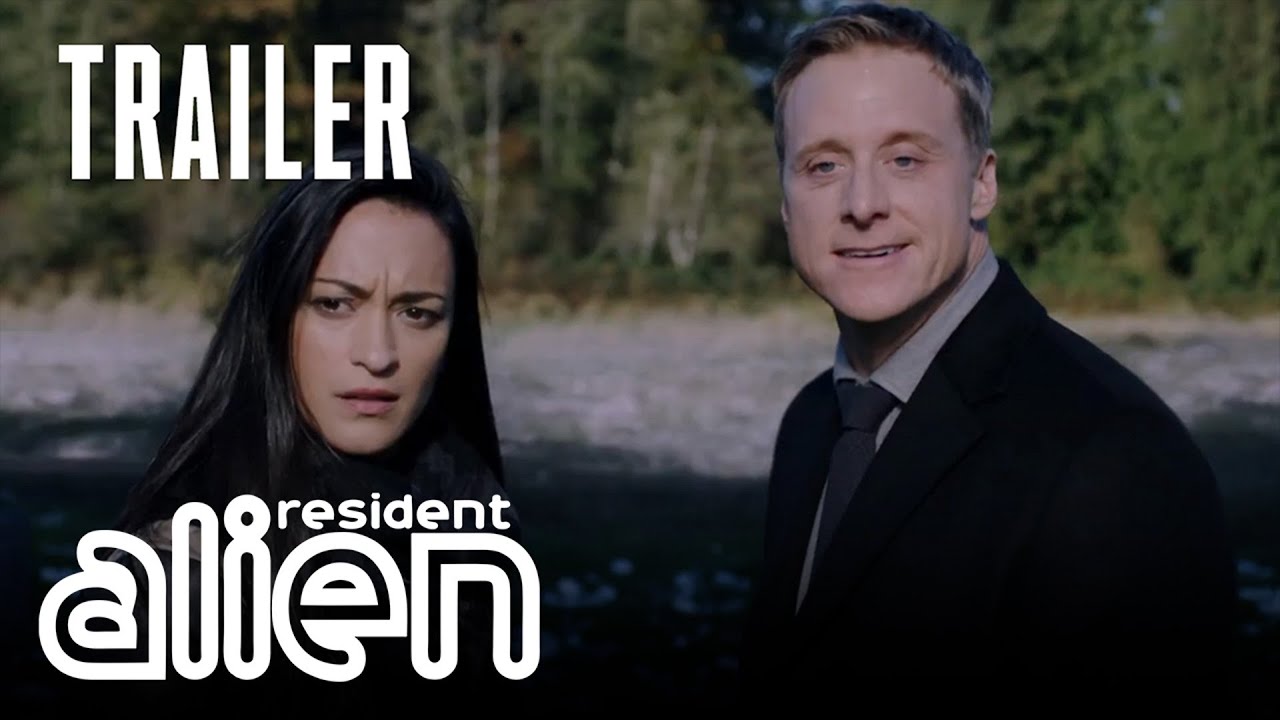 Ohh this looks great. I hope I can stream it somewhere!

I just discovered this show when my wife saw the ad for it on my Xbox home screen… and she made me click it… even though I hate ads and have trained myself to never look in that corner. We’re fans of several Alan Tudyk movies & shows and the trailer for this shows heaps of promise.

It’s SYFY, so I know better than to expect much, but if it’s good as Eureka it’ll be a hit in this house. We don’t have cable though, so I have no idea how we’d watch it without waiting for it to get picked up by Netflix or something.

Tudyk is like a new Gene Wilder in many ways, IMO.

Not likely going to watch a crime/cop show, though, even though this one seems pretty nice/smart.

A lot of Syfy stuff hits Hulu soon after running.

Did anybody watch the premier, which aired last night?

I watched it just now. It’s pretty good, but I have a low bar anyway and like Tudyk very much.

It’s got some stuff going on. Fish out of water. Super hero/villain powers. B plots already in motion. A nice couple of story hooks to flesh out for the end of the season or as needed. I could see it being good, but I could see it get rote really fast if they pigeonhole him and don’t develop the side characters enough.

I haven’t watched it yet but plan to today.

And after watching it, I liked it. Tudyk is, as expected, great for this fish out of water role. The supporting cast looks good as well. Its pretty much what I expected and hoped it would be.

Tudyk can carry this show alone. So creepy but cute.

Without getting too much into spoilers, the trailer/preview made it look like Tudyk’s character was a straight up bad guy. Is this actually the case? My wife was a bit put off on the murder he seemingly commits (at the frozen lake) at the start, and she doesn’t want to watch a show where we’re supposed to like the guy.

Right now it’s the only thing keeping me from paying to watch the episode(s).

He’s not very murdery and he’s growing into a good person. The only murder he does in the show is the one from the trailer (based on your description, I didn’t watch the trailer). That was also a flashback scene, not present day to the show.

Everything you may want to know:

Edit: sorry about all the edits

Okay cool. Yea, I could see that fig leaf in their first interaction, so it makes sense. Thanks. I’d really like to watch the show, because it checks all the boxes for the type of show I’d like, but because we’d have to buy the episodes individually (or wait till it hits a streaming service), I just wanted to make sure it was something we’d enjoy together.

So glad I visit this forum on occassion. Alan Tudyk in anything that isn’t a straight-up Hallmark Channel show means pretty much instant watch.

He’s not very murdery and he’s growing into a good person.

You might want to rewatch that last scene, in which it’s revealed that he’s here to murder everyone on the planet. I would say that qualifies him as pretty darn murdery. :)

That said, the second part of your statement is more relevant to his character. Obviously the character arc is going to be about him falling in love with the lady doctor’s assistant and appreciating the good in humans and eventually saving humanity.

I didn’t care for the first episode at all. Way too much earnest life lesson stuff, and far too attached to its quirky town characters rather than letting Tudyk carry the comedy. It was obviously written as an ensemble instead of a showcase for Tudyk’s talent, and none of the Syfy cast can hold a candle to him. And yet so many missed opportunities to let him be funny. It speaks volumes that that funniest bit was Alan Tudyk’s reaction to a Google search and not anything in the dialogue. Ugh.

I always give pilots a lot of latitude, some of the best shows have a rough start or even a bad first season before they find their groove.

I think Tudyk is definitely the best part of the show and I’m sure he’ll be given more room to be a goofball as time goes on. He’s still gotta act like an awkward alien for now.

And I agree that he’s made almost too much progress already, which I wonder if they’ll walk back in episode 2 which is another thing shows tend to do in/after a pilot.

For a pilot, it was actually pretty good. Ya, i give pilots considerable latitude, because they almost universally suck.

The only thing that I can think of that I hated was:

the shape shift thing.Either he’s morphed into a human or he’s not. If he is, the kid shouldn’t be able to see him and if he’s not, he should have considerable problems walking inside buildings/doorways etc. As per well established rules, you can’t have your cake and eat it too.

You might want to rewatch that last scene, in which it’s revealed that he’s here to murder everyone on the planet .

Maybe it’s all the wasps.