At various times in his career, one of the most talented, but also one of the most infuriatingly mercurial directors you’ll ever find. Peter never seemed to be able to separate his best impulses from his worst. Early in his career, his wife and then ex-wife and collaborator Polly Platt kept him from fucking up too badly (to the point that many in Hollywood later whispered that she probably should’ve gotten some co-director credit).

Even though his inability to be his own inner editor resulted in “Daisy Miller” and “They All Laughed”, he always still had moments of inspiration sprinkled into his films. 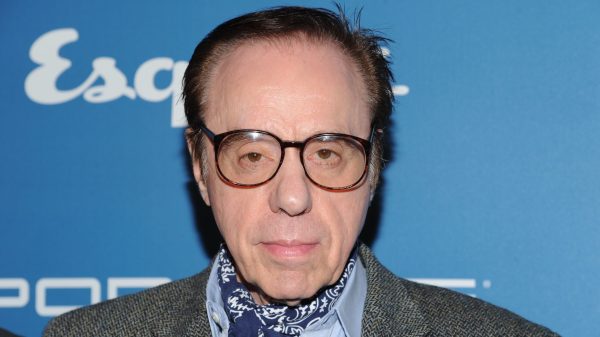 Peter Bogdanovich, the actor and critic-turned-filmmaker who directed such classics as The Last Picture Show, Paper Moon, What’s Up, Doc? and Mask, died today at his home in Los Angeles. He w…

“Daisy Miller” and “They All Laughed”

The Polly Platt season of the podcast You Must Remember This has a great amount of history on how Bogdanovich went from being a film cataloguer and writer to being a director…and how much he and Polly Platt worked together on those three great films.

I’ve got a copy of What’s Up, Doc? that I have yet to watch, so I guess that’s going on tonight. And I’ve been meaning to give his commentary track on Citizen Kane a listen…

Listened to it last year when I discovered it. Great podcast.

I recommend Season 1 of The Plot Thickens on Bogdanivich. 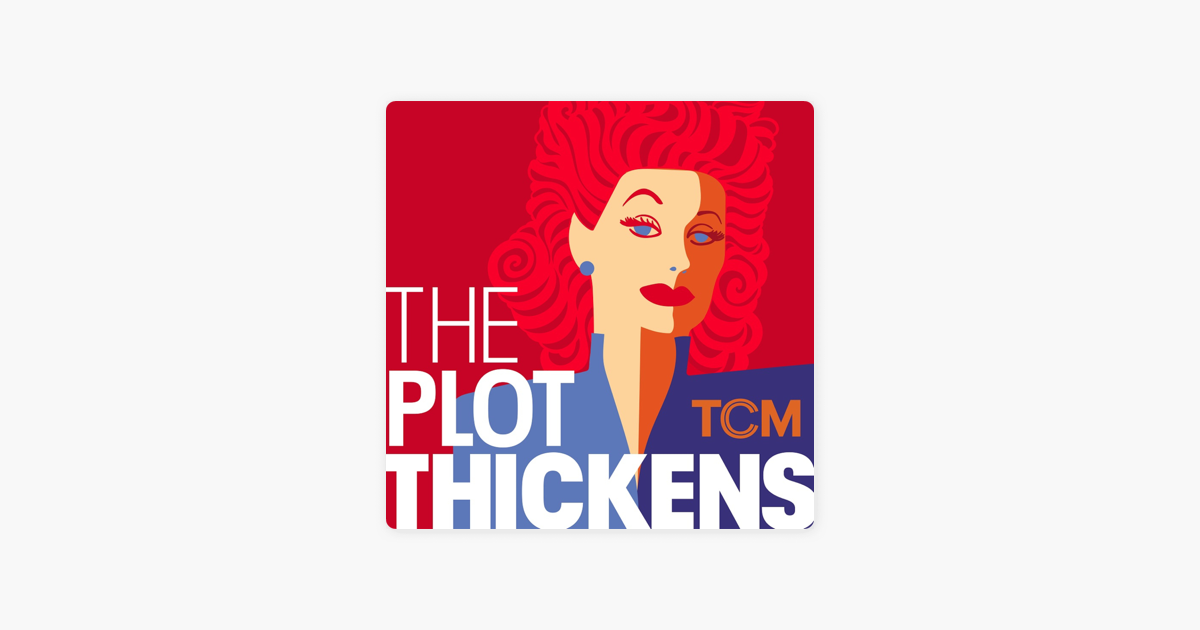 Funnily enough, despite a shocking reception They All Laughed has been re-evaluated and is a highly regarded work in filmmaker circles with Wes Anderson, Quentin Tarantino and Noah Baumbach considering it to be a masterpiece. Not too long ago a couple of them even produced a documentary about the making of the film.

Now At Long Last Love probably won’t receive this kind of treatment, and for good reason, as Bogdanovich had a long, uneven career but he’s one of the true stars of New Hollywood. Even outside of that, his work as a critic was essential, interviewing movie legends like Howard Hawks, Fritz Lang, Josef von Sternberg and Leo McCarey, later collected in Who the Devil Made It. He, and his often forgotten ex-wife Polly Platt, is the reason we have some of these greats on record at all. His work was part of an incredibly exciting experiment where the major studios gave creative freedom to filmmakers, with Paramount backing the sadly short-lived Director’s Company which he founded alongside William Friedkin and Francis Ford Coppola.

I wanted to share his legendary rebuttal to Pauline Kael’s baseless attack on Orson Welles in the New Yorker, but it seems to be locked behind a sign-in nonsense paywall. Kael had hoped to hurt Welles, Bogdanovich’s mentor, by crediting the film’s co-writer Herman J. Mankiewicz for all it’s riches. In truth, she largely hoped to end any support for auteurism film writing and win the debate with Andrew Sarris through a poorly researched hit-piece that called into question Welles’ contribution to the work, which in the early 1970s, at least in the States, was seen as the wunderkind’s lone uncompromised film. Peter Bogdanovich was having none of it and just let loose in Esquire. Kael never responded. It’s the kind of thing I can’t imagine a busy contemporary director doing today.

OK, Citizen Kane is a great movie, but does Orson Welles deserve all the credit? Pauline Kael and John Houseman say no. Herewith, another view.

BTW, Peter has the directing credit on the long, but never dull Tom Petty documentary from a few years back, and that was honestly really, really good.

Funnily enough, despite a shocking reception They All Laughed has been re-evaluated and is a highly regarded work in filmmaker circles with Wes Anderson, Quentin Tarantino and Noah Baumbach considering it to be a masterpiece. Not too long ago a couple of them even produced a documentary about the making of the film. 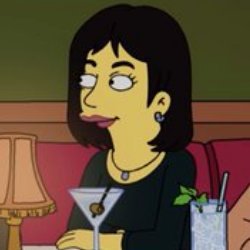 @KarinaLongworth
They All Laughed, too, is really special. In a lot of ways it's a magic trick of a film twitter.com/nfauerso/statu…

@KarinaLongworth How do you feel about They All Laughed?

@KarinaLongworth
Peter did put out a "better" version of At Long Last Love which unfortunately is out of print and goes for $200 on eBay. But I will introduce/present any screening of it anywhere in LA that wants to show it! twitter.com/cobblehillis/s…

Peter Bogdanovich is dead, a perfect time to listen to @KarinaLongworth’s essential podcast series on Polly Platt: https://t.co/VVf9O7W4be At NYFF 2007, I interviewed PB immediately after seeing his (actually quite good) 4-hour Tom Petty doc and brought up AT LONG LAST LOVE: https://t.co/ZUklNrhOPT

I think my opinion of They All Laughed is formed by having seen it when it first hit cable TV in the early 1980s, and even then (when I was like 14 or 15) knowing it was a notorious box office bomb, and had the dead girl from Playboy in it.

Oh, thanks for mentioning these documentaries! They are both on Kanopy right now.

Peter Bogdanovich was having none of it and just let loose in Esquire. Kael never responded. It’s the kind of thing I can’t imagine a busy contemporary director doing today.

Ben Mankiewicz, on the podcast I linked, based the Season on hours and hours of personal interviews with PB, after a years-long friendship, and they deal with Orson and that issue. And, obviously, Ben has a very different take than PB. 😀. But he and PB were very close. Highly recommend it to you, Tibbsy.

Yeah, I think it’s dreck, personally. And I hate St. Jaques too. But to each their own. At least he always sparks an opinion. If there’s a Heaven, Peter is up there arguing at the pearly gates that the studio didn’t market his films correctly. Otherwise they’d be considered masterpieces.

Thanks for the tip, Nava. I know what I’ll be listening to today! :)

Bogdanovich gave a great talk early last year reminiscing on his meeting with John Ford that’s worth a listen. He was looking pretty frail then but it’s genuinely wonderful to see him become increasingly animated recalling the anxiety being around the often-mean director. He was a wonderful storyteller. 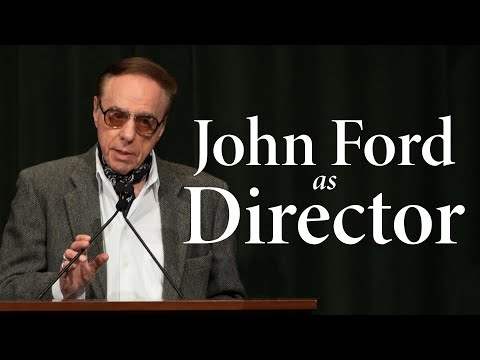 RIP. Bogdanovich burned brightly as Hollywood’s wunderkind in the early 70s. Yet in a rapidly-changing environment he was superseded first by Coppola and then by powerhouse earners Lucas and Spielberg in less than a decade.

One thing people often forget about Picture Show/Paper Moon/What’s Up Doc? is how popular they were in their time. Those movies were not Wes Anderson-scale art house phenoms, but rather mainstream hits (Picture Show was #9 at the box office for the overall year 1971, What’s Up Doc? was #3 in '72, Paper Moon was #9 in '73.) It’s impossible to imagine that happening for those sorts of movies in this day and age.

He was a wonderful storyteller.

Indeed. He was a great raconteur, a trait he shared with Welles. It seems to be a lost art in Hollywood these days.

What’s Up Doc had two of the biggest stars in Hollywood and music in it. Was hardly an arthouse film even at the time.

RIP, and a tip of the hat to his work in The Sopranos.

Sad news. I saw him at a restaurant many years ago. That’s not much of a story, I suppose, but it’s all I’ve got. RIP.

Aside from The Sopranos, PB also had a small role in the very fun but under-talked-about Get Shorty series as Ray Romano’s famous-director father. 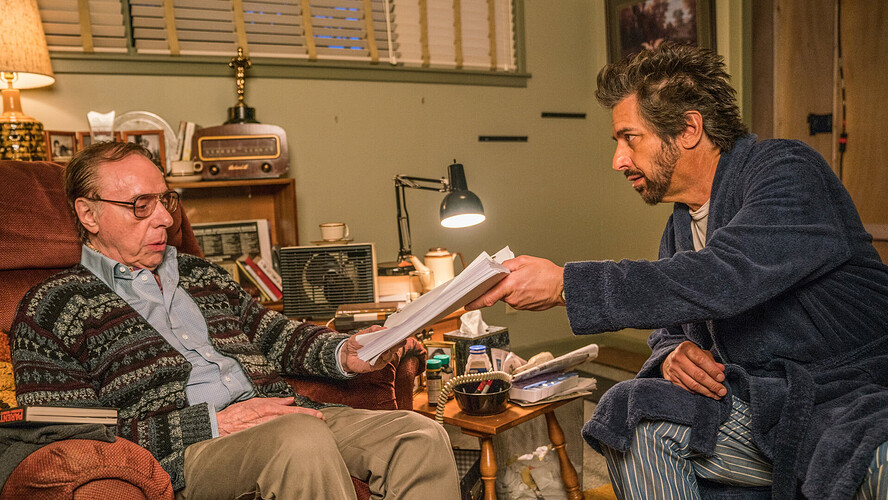 I never really responded too strongly to his work, but I respect him as a filmmaker, movie savant, cultural torchbearer and disciple of the great Orson Welles. RIP.

Kinda scary to think that the Easy Riders/Raging Bulls whiz kids are now in their 80s or close to it. Time keeps on slipping into the future…

I watched this last night and it was excellent, Tibbs.

nobody mentions Targets? Watched it a couple of months ago, and it holds up very well. The finale shows clever editing, and the subject matter was handled in a realistic manner.