Nothing in here about nerfing the ship heals…yet. Although it sounds like some of you may have to start over if your saved game got changed to 0KB.

Got the basic ending. Thought the game was pretty fantastic but marred by a few bugs and a questionable no save on exit, both of those things will hopefully be fixed by the time most of you find a PS5 and can play it. Watched the secret ending, and as I suspected this is some real Twilight Zone shit, but not sure I fully get it either, I haven’t seen all the house sequences too though so that might help a bit but from reading things are a bit vague. I’ll probably work at getting that ending myself as I still find the moment to moment action very fun to play and I still have some weapon perks to unlock, though I may take a short break from it too with RE: Village out.

I was having a good run last night only to have my power go out… 3 hours later when it came back on I booted up the PS5 to repair the storage, etc, and check if my save got messed up. Obviously I lost the run, but I was surprised to see the etherium I had collected did save. I fed it tinot the pillar and got a really cool power that did an AoE blast when I dash. I also tried turning on always run as recommended by @fishpockets above. Ended up having another good run where I finally found the sword, got the key to the house and made it to the boss the first time.

Another patch today - this one with the bed healing nerf:

It’s one 10% heal now; nerfed into oblivion! The game is plenty difficult - they should have made it one full heal at the least.

They’re patching out their unwitting solution to early difficulty level for less skilled players? I am so glad now that I decided not to buy this game at launch. It’s clearly intended for the “Souls” audience that relishes repeated attempts and high difficulty. I suppose the lack of mid-run checkpoint saves also indicates that.

I guess there may be some marketing strategy to this? Lure in the hardcore, skilled players with a reputation for difficulty and eliteness. Then, when those numbers taper off, release a patch with difficulty adjustments / more save points to appeal to the more casual. Isn’t that what Remedy did with Control? And it worked, from what I can tell. They had multiple bumps of interest from different audiences.

As someone that finished the base story I feel the difficulty was overblown. They should absolutely add a save and quit option for longer runs though.

I’m still working my way through Biome 3 (fuck those drones) and I don’t think it’s anywhere near as hard as a Souls game. Yeah, it’s challenging but it’s not that bad.

I finally cleared Biome 5 despite the patch last night, 2+ hours into a run, and the game hard locks my PS5 on Biome 6 and kills the run….

I hate to keep harping on this but I’d really like to see what the developers reasoning is for not implementing a save system. This does nothing but punish the player.

Argh. So close with the Biome 3 Boss. My mistake was taking an unpowered weapon into the fight, I think.

Meanwhile, I still don’t have the sword. The ship-health nerf isn’t going to help my cause.

I am only marginally better, haven’t got to the biome 1 boss yet. Did manage to find the sword quite early on though.

Good news! I got the sword and fought the boss once. Made it most of the way through phase 2. The sword is going to be a huge help in that I can access more resources on runs.

I beat the final boss last night on my 20th life overall. It’s definitely not the hardest roguelike out there, but there are some brutal difficulty spikes out of nowhere - namely the introduction of those irritating drones and the mandatory gold challenge room in Biome 5.

namely the introduction of those irritating drones

Tell me about it. These things are my bane. It’s those stupid missiles they launch. Super fast and kinda homing. Grrrrr.

I feel like the answer to those is to run/dodge towards them not away or side to side.

@forgeforsaken Yeah, that seems to work the best…although there are times in Biome 5 where there’s a half dozen or so of them attacking you at once and I end up resorting to hiding behind a door.

@GregB Yeah, the rockets and the suicide bombings!

I beat biome 3 and got to the next branch of the game, I guess? I put it down for the night, came back the next day and rode my god-tier artifact setup all the way to the final level. I lost to this guy who could give me malfunctions if he hit me. One of the malfunctions caused him to shoot back when I shot him. That was the end of that run.

Since then I can’t clear past Biome 4 most of the time. So much of this game seems to be on finding a good gun. Maybe I’m missing something, but the high end guns suck. A Carbine with that High Caliber mod has to be the worst gun in the game. The sidearm does more damage with a higher ROF. The pylon shooter thing that makes the laser webs is ok. But it sucks in the water level because there’s no walls. The grenade launcher… not the green blob one that one rules, but the red one you get as the boss weapon reward later on… utter shit. Nothing like shooting some drone and counting to 3 before it dies, giving it a chance to shoot back at you.

The best gun is that machinegun with the poison bullets, especially if you get the portal beam mod with it, or the green goopy grenade launcher. That thing is always good. Once I got a rocket launcher with full auto and that thing just melted everything. But it was level 15 and I couldn’t keep it when I moved on to level 20+ weapons.

A lot of the later miniboss enemies fake you out. Like they wind up, I dodge, they’re like “psyche! I haven’t attacked yet!” and I’m all “ok you got me but I’m gonna dodge now” and they’re still like “ha nope, still here!” and then I dodge again but I can’t because they actually did attack and I’m dead.

The drones aren’t bad once you realize you need to run toward them to dodge the missiles. Game changer. But if there’s like 10 of them swarming around just accept the run is over.

I think 1-3 is harder on replay than 4-6, mostly due the much better guns you get at 15+. Yeah there’s clunkers in there but some of the perk combinations are crazy. I’m working on finding the one item per biome for the secret ending and just need 3 and 6 and working my way through 3 has been tougher than 6 generally. Need to take some of the clunker weapons and grind up the unlocks an they get decent, the flares are’nt bad when they spawn homing rockets when they blow up. The gun I find a nightmare is the Dreadbound which wont fire until the bullet returns so on open maps at distance it’s total butt, I STILL haven’t found the spinning blade launcher Coilspine Shredder or whatever it’s called.

Also here have a screenshot I finally took after disabling the HUD. 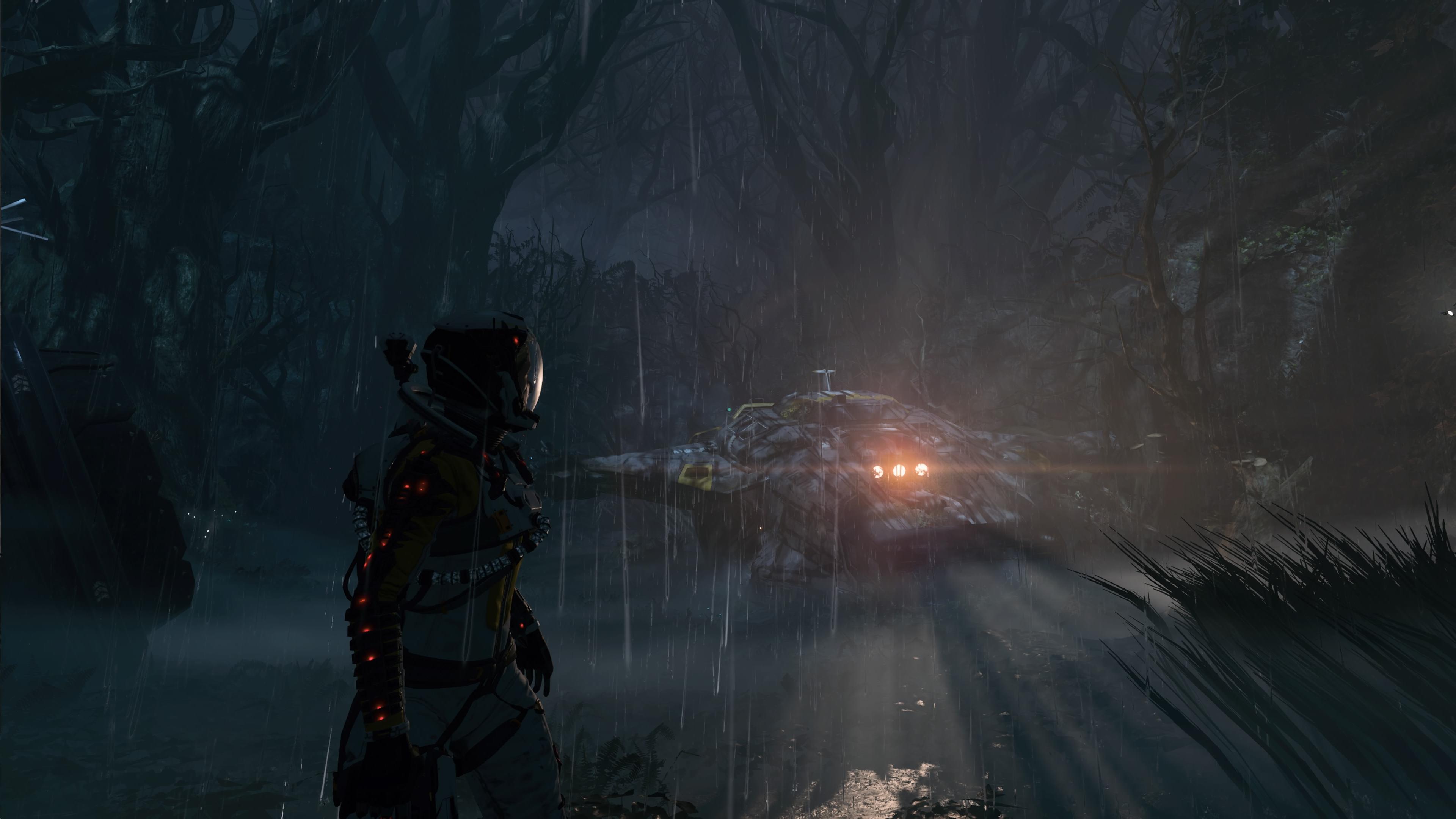