Of course, things are being taken “very seriously.”

Yeah. Digital is … er, digital. Paying more than $6 for an HDMI cable is a sucker’s game.

Either the ones and zeros make it from one end to the other or they don’t.

I sell HDMI cables as part of my retail job and always try and steer people to the cheap stuff since it doesn’t matter. But I still get people who are convinced that Monster or whoever are “noticeably better in picture and sound.” You can’t argue with the diehards.

I find that letter hilarious. Perhaps it was not intended as comedy, but I like to think the best of people.

The same people who assiduously marked the rims of their CDs with green magic marker in the 80s are now paying for gold-connector antiviral noise-reducing video-enhancing stupidly-priced digital cable today. Sad that they somehow have made enough money in their lives to piss it away like that. No doubt a substantial percentage are antivaxxers.

One of my favs:

Yeah, that chart is great.

One thing that does confuse me about HDMI cables though - is there anything you need an HDMI 2.0 cable for, over a 1.4?

All you need to know now is whether a cable is ‘Standard’ or ‘High Speed’. The former could be labelled as supporting 1080p and 3D, and if that’s all you need, that’s fine. High Speed extends bandwidth to include upcoming 4K video and other more advanced features. Be cautious in longer length though, as mislabelling is rife. Also, the labelling suffix “with Ethernet” allows for the new HDMI Ethernet Channel, but that’s hardly being used in the real world. Usually costs no extra though, so consider it a bonus feature.

I was looking into that, apparently the only difference in HDMI is whether it supports 4k (high speed) and wheth
er it supports ethernet (which nobody uses.)

Yeah, I remember this from back when buying my first HDMI cable, I looked up the standard, huh all digital? Doesn’t matter then.
Some of those expensive cables look cool though.

Of course, things are being taken “very seriously.”

What total scumbags. CEO adds some extra snake oil false claims in his “we had nothing to do with this” statement.

“after all, playing these cables into a flat-panel TV and listening through the TV’s pathetic built-in speakers does reveal obvious audible differences, but that this magnitude of real-world audible difference should be seemingly even more obvious in a compressed video was astonishing.”

I thought his fake claim was not all the 1s and 0s get there or they are not the best 1s and 0s they could be!

What total scumbags. CEO adds some extra snake oil false claims in his “we had nothing to do with this” statement.

“AudioQuest Cables, for when you want to turn your HDMI signal up to 1011.”

Let me just say not all Cheap hdmi cables are made the same. The cheap Chinese crap I have to buy in Nigeria consistently fail. Go cheap, but don’t stray from monoprice or Amazon basics.

Let me just say not all Cheap hdmi cables are made the same. The cheap Chinese crap I have to buy in Nigeria consistently fail. Go cheap, but don’t stray from monoprice or Amazon basics. 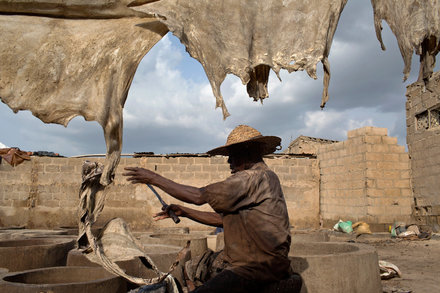 In Nigeria, Chinese Investment Comes With a Downside

Like other developing countries, Nigeria has welcomed Chinese trade, but that relationship has left the country awash in shoddy imported goods and has cost many Nigerians their jobs.

Emeka Ezelugha was excited to open a computer training center. He could teach his countrymen some skills and earn a living.

But soon after the center opened in a rough, two-story concrete building in Lagos, a blaze broke out in the main classroom. The flames incinerated 30 desktop computers, as well as televisions and air-conditioners.

The culprit was unmistakable: one of two dozen power strips in the classroom. The faulty equipment was made in China, even though the salesman said it was British.

“The guy tried to convince me it was from the U.K. — I was surprised when it happened,” Mr. Ezelugha said.

Across this populous African nation, low-cost Chinese goods are everywhere, evidence of Beijing’s growing dominance in global trade. The trade flow has helped keep life affordable for millions of Nigerian families, at a time when the country is struggling with economic stagnation and plunging prices, as well as the deadly costs of the Boko Haram insurgency.

But shoddy or counterfeit products are a national problem in Nigeria, Africa’s largest economy, where impoverished consumers have few alternatives. Some shoddy goods are benign, like the Chinese-made shirts, trousers and dresses with uneven stitching and stray threads that fill street markets. But electrical wiring, outlets and power strips from China, ubiquitous in new homes and offices, are connected to dozens of fires a year in Lagos alone.

If you’re going to buy “Made in China” electrical goods (and seriously, there’s very little not made in China), go with a brand name at least. The no-name Chinese stuff can be really dangerous and/or break down quickly. Chargers and power banks are particular red flags as fire hazards.