AC also looked like crap in comparison, at least in my opinion. Not just from a tech perspective but from an art perspective. Granted, it had the open world instead of the restrictive zones like EQ, but still.

EQ’s budget was only $3 million. It cost nothing to make compared to what games cost today.

I loved AC and never played EQ much. I played AC all the way until DAoC opened.

That’s awesome! On paper it should have been more up my alley. And to be honest, I didn’t stick with EQ very far, I think I got a Shaman up to L20 or so before I couldn’t handle the assault on my time. I tried to get into AC but it was a game that just refused to click for me for whatever reason. I didn’t stick with it long and is probably my loss, unfortunately for me.

I wasn’t in a guild in either AC or EQ, and AC was the much better solo game. That changed forever with DAoC, and I don’t doubt that with a good guild I would have been hooked on EQ.

The legacy of EQ is amazing. To think, it has survived it’s own horrible launch, competition from other games, the juggernaut of WOW, the decision to stay “on” when EQ2 came out, and several ownership changes. I mean, this game is still going 21 years on now. That’s pretty damn good. This was the only game I ever volunteered for as a “remote GM”, which was fun in it’s own right.
I’ve tried going back a few times, but just can’t. I did my time, and will always remember it fondly. Sorry to hear about the current struggles with it.

I’ve played all the MMOs of those days, and AC is the one I bounced off of the hardest. It just never clicked with me. DAoC, AO, SWG, WoW, all occupied my interest for periods of time. Just not AC.

EQ was simply a much better game. AC paled in comparison.

What I liked most about AC was the open skills trees - there were no classes, just skills that you put together in the way you wanted. Now there were some limiting factors like the number of points you had to spend on those skills, but your build was yours to customize as you wanted. The world was large and open, which was a new idea and I liked the graphics. Monthly events brought big changes to the world as well, like the destruction of towns you had previously gone to regularly, seasons and weather changes, etc that were new to the genre. Combat was dynamic compared to what became the MMO standard.

What wasn’t great was the grouping interface, in that there really wasn’t one. The magic system was very powerful, with the original design that it would be very difficult to use, as each character had their own special reagents needed to make powerful spells, but the code for that got cracked with an easy to use app, and suddenly everyone was able to perform strong magic that imbalanced the game from how the devs had planned it. And the thing that made me stop, in addition to DAoC, was that the devs didn’t mind if the players used exploits, at least until the exploits got patched, which seemed really crappy to those of us who didn’t use them. People got crazy spells and items through exploits, got to keep them after the exploits were patched, and the rest of us who played the game right got father behind the cheaters.

Overall was a great first online rpg experience for me, even if it was mostly played solo.

Asheron’s Call was fantastic, I played from beta through the first couple of years and loved it. AC had the huge open world without zones, the fantastic skill system that allowed for dozens of different builds, the totally new IP that didn’t rely on the old “Humans, Elves, Dwarves, Etc.” fantasy structure, really good crafting, and those GM-hosted events were so much fun.

But all that great design and creativity was wrapped in a fugly presentation and clunky feel that simply couldn’t compete with the sexy graphics and fluid flow that Everquest had, even if Everquest had not had a 9 month head start. Having played both games extensively, there were nights I desperately wished some of the great design elements of AC would have made it into EQ instead, and other nights that I just wanted an area in AC to look half as good as most EQ zones. Both were amazing games, especially for what they were doing at the time, and both had flaws that offset their strengths. Still, it was a glorious time to be a computer gamer with internet access!

I remember when that game launched, you would get stuck and lagged out forever really frequently. Some guy on the forum analyzed the network packets and made the argument that they were using straight TCP for everything and that if a packet/message were dropped, the game would wait forever for a response that was never coming.

It’s been far too long to remember the details or whether there were any truth to his claims, but I do remember it matching my experience. Any little lag spike meant I was going to have to restart the game as it would never start responding again.

After that, I unfortunately (fortunately? :)) never went back. I also remember the game feeling weird because I had laser pistols and such but spent my early levels auto-attacking rats at my feet. Repeatedly stabbing vermin outside Freeport in EQ was probably equally absurd but shooting laser guns at my feet really threw me off. :)

Yeah it was a train wreck at launch, but managed to become a semi working rail line after a year or so :) A spectacularly bad launch even by MMO standards :)

I played Anarchy Online, Asherons Call, DaoC, EQ, pretty much all of them, I was a real MMO junky for a long time. I loved all of those games for different reasons, but none of them other than EQ had me going back to them over the years. I’m not 100% sure why that is even, EQ has a certain “feel” to it that I like, I like the timing of everything in that game, it’s one thing I can put my finger on that’s pretty clear, especially vs games like AC and AO, that were pretty janky in terms of feel.

As much time as I spent with all of those other games, and as much as I loved my time with them, I really wouldn’t be bothered if/when they closed down. Maybe it’s because EQ was such a huge pain in the ass…it’s like climbing a mountain, or doing anything incredibly difficult, probably some form of Stockholm syndrome lol.

I play with the original models still. The new ones just don’t animate right.

Mounts don’t work well but I dont use them as I don’t really play the game properly, no levelling or raiding etc. I also only have a ranger and bard and they have decent travel spells/songs.

I play with the original models still. The new ones just don’t animate right.

Same here. I could never get used to the newer ones once they changed them.

It really was amazing how much they packed into EQ at release (pretty sure all of these were available at the beginning). Levitation, Swimming tied to skill for speed with enduring breath needed for extended stays underwater, jumping (yes even recent MMOs after had no jumping even!), crouching? to get through that little opening in Sol A!, invisibility to normal and undead, see invis, teleportation, lockpicking (although not really used til Kunark?).

I played this at release and remember it having tons of problems, but I was one of the lucky few that was able to play pretty much uninterrupted. Initial memories were of Leets and Eleets taunting you. I laughed my ass off! The weather and lightning storms and sky were amazing. Later on I would just run the random missions with my brute (large race, don’t remember the name) dual wielding 1 hand staves. The armor variations and chain stacking of implants to gain skill was always an intriguing system to me. I remember finally getting some cool flying craft eventually to fly to mission locations!
Lots of good memories.

What I liked most about AC was the open skills trees

My real good friend at work played AC with his son. We played UO a great deal together and while I moved on to EQ, he moved on to AC. We would always talk about our stories and adventures each week. He was my boss too, which made it convenient. AC sounded really cool, but I just didn’t have time to do both even though I did sub and made some characters there. After he had quite a bit of time invested, his talks of stacking buffs to become super powerful and taking on creatures like 50-100? levels above him always sounded neat.

An interview underway by a former EQ dev with other EQ creator, and another one coming up in a few days 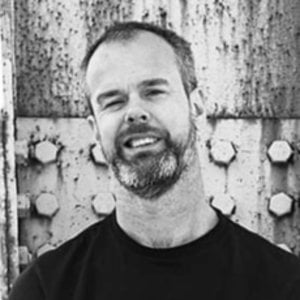 Both interviews are scheduled to start around 1pm EDT.

If you haven’t checked out any of Shawn’s streams yet, I highly recommend it. They are highly informative and cover a lot of great info about working on EQ and the early days of the game. He’s also very interactive with the chat and good about answering questions.

If you’d just like to catch up on the past 15 developer interviews he’s done, check them out here: https://www.twitch.tv/averylovingrobot/videos?filter=highlights&sort=time

This is great thank you!

Seems like there should be a better thread for this than the one about Brad McQuaid’s death.

True, but honouring him by praising his game and his team isnt such a bad thing.