One of the all time great comic artists and storytellers. 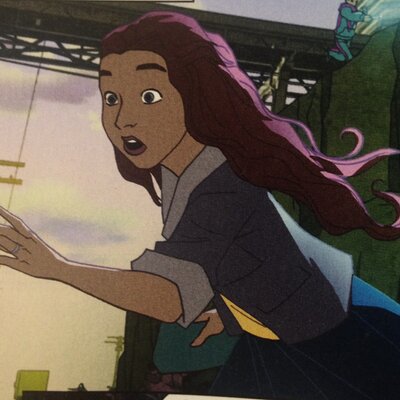 @SunshineCVE
Thank you. All of you, for the love and support you have shown George through all of this. It meant the world to him. https://t.co/zputTLO2sF 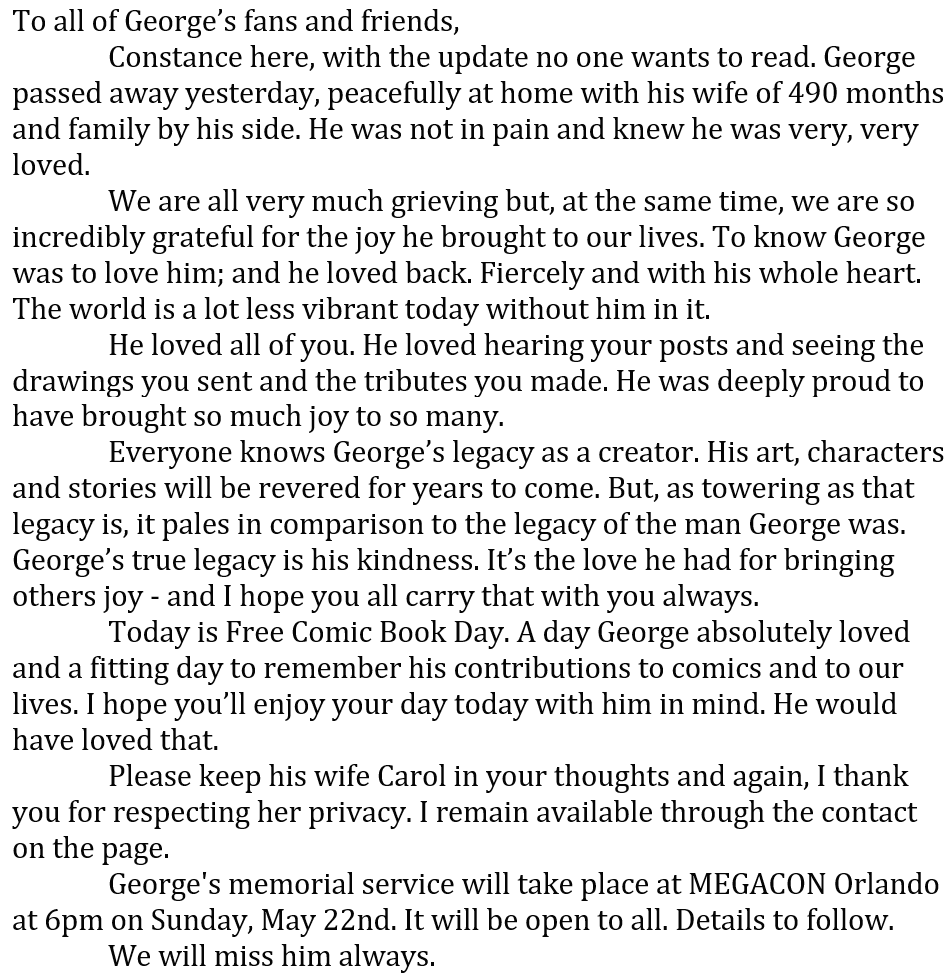 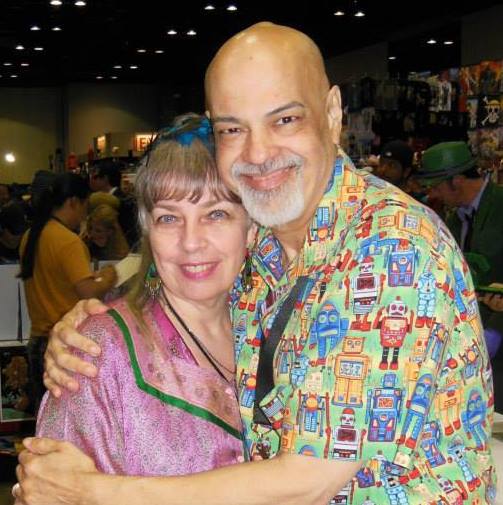 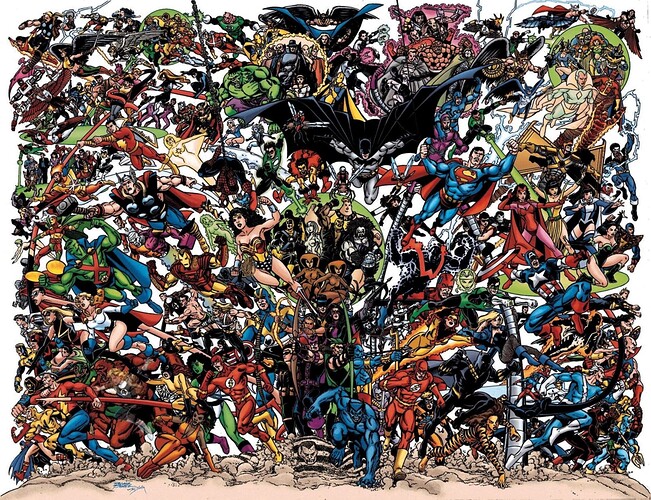 I was not a huge Wonder Woman fan but yeah, his art was amazing. I think it was his covers on the Crisis on Infinite Earths series that got me into comics.

I remember when he started on The Avengers waaaay back in the 70s and thinking, damn this guy can draw!

Perez’s eye for detail, dynamic posing, and ability to make any character look good no matter how weird/silly the costume made him the perfect choice for big events and crossovers - most famously Crisis on Infinite Earths, which included every single DC hero that had been created up to that time, but also Infinity Gauntlet and the JLA/Avengers crossover.

But he also had helped create notable new characters, most famously the New Teen Titans, including Cyborg, Raven, etc. And, perhaps most personally for Perez, he co-created White Tiger, the first Puerto Rican superhero, for Marvel back in 1975.

Met him one time at SDCC back in the late 90’s when he was trying to go indie with Crimson Plague. He was nice and took the time to exchange words with everyone that spoke to him.