Alex comments on this movie (among other movies) here:

Alex comments on this movie (among other movies) here:

I absolutely love this video clip. Thank you so much for sharing it.

I find Alex compelling, even if I find him frustrating because of the way he initially treats his relationship with a woman who clearly loves him so much. He has this weird dispassionate side about that, while being passionate about rocks. And he’s weighed the scales. At times he says that if he had to choose between a relationship with a human being or climbing he’d choose the latter.

I don’t understand this on a personal level, because it’s not the way I view the world, but I’ve experienced it. To quote Raising Arizona: “Well, sometimes your career’s gotta come before family.”

What I respect, ultimately about him, is that he just looks at this and what it means for his goals in life and is clear about it. It might mean he’s on the spectrum or something, but at least he’s clear and honest about it. And then he works on improving himself.

I went off a cliff there, but the point is that video was really wonderful. He has such joy in talking about these movies and what they do right and what they get wrong. Great clip @Brakara.

I never got the whining aspect either. He clearly is “wired” very differently from most people. Gotta to be so obsessed with doing what he does.

Did they not do some investigation of his brain and find his amygdala wasn’t hooked up like a regular human’s.

Alex Honnold has his own verb. “To honnold”—usually written as “honnolding”—is to stand in some high, precarious place…

New Alex Honnold (with Tommy Caldwell) documentary alert: The Nose Speed Record tracks Honnold and Caldwell’s attempt to break the speed-climbing record on The Nose route on El Capitan. Honnold previously set the record with partner Hans Florine in 2012 with a time of 2:23:46, but the team of Brad Gobright and Jim Reynolds broke it in 2017, clocking in at 2:19:44. Honnold enlists Caldwell to try and take it back, aiming for a time of under two hours. Will they succeed? Well, it happened in 2018 so you probably already know, but seeing it on film should be great.

The Nose Speed Record is part of the Reel Rocks 14 cinema tour, currently winding its way through select theatres in Europe, Australia, and North America. The trouble is that the Reel Rocks stuff isn’t normally available for streaming in the usual places. I think this is the first Reel Rocks film Honnold has done since Free Solo, so I’m hoping they’ll change their stance on the issue.

Honestly, as someone who has a bit of the opposite problem (hard time finding a passion/interest for anything), I sometimes envy people who have that thing that consumes them and lets them find their flow state, no matter what it is.

Honestly, as someone who has a bit of the opposite problem (hard time finding a passion/interest for anything), I sometimes envy people who have that thing that consumes them and lets them find their flow state, no matter what it is.

I would agree. I don’t think there is anything in my life (maybe family) that I feel passionate about.

that I feel that passionate about.

I presume this was implied but not typed? I hope you have things you are passionate about!

As for myself, I get it. There is a certain thrill and pure joy I get when standing on the top of a mountain. Just shedding all the trappings of modern life and being. I never feel better than when standing at 8000+ feet. Now I don’t have the level of passion of Alex, but i can certainly see how one would get to there.

Yea, I do feel passionate about a few things but to devote so much of your life to one thing, that would be impossible for me. I love to play golf, but not enough to devote myself to it to becoming that much better. But when you see people excel and spend hours working on their craft that requires true passion.

Agreed. I would love to be able to devote myself to mountain climbing the way he does rock climbing.

But I have a job, a family, and generally can only do the weekend warrior thing once or twice a month.

The hands and fingers of these climbers are horrifying to look at. :barf:

Sad postscript to this: Brad Gobright died while climbing in Mexico on 27 Novemeber. 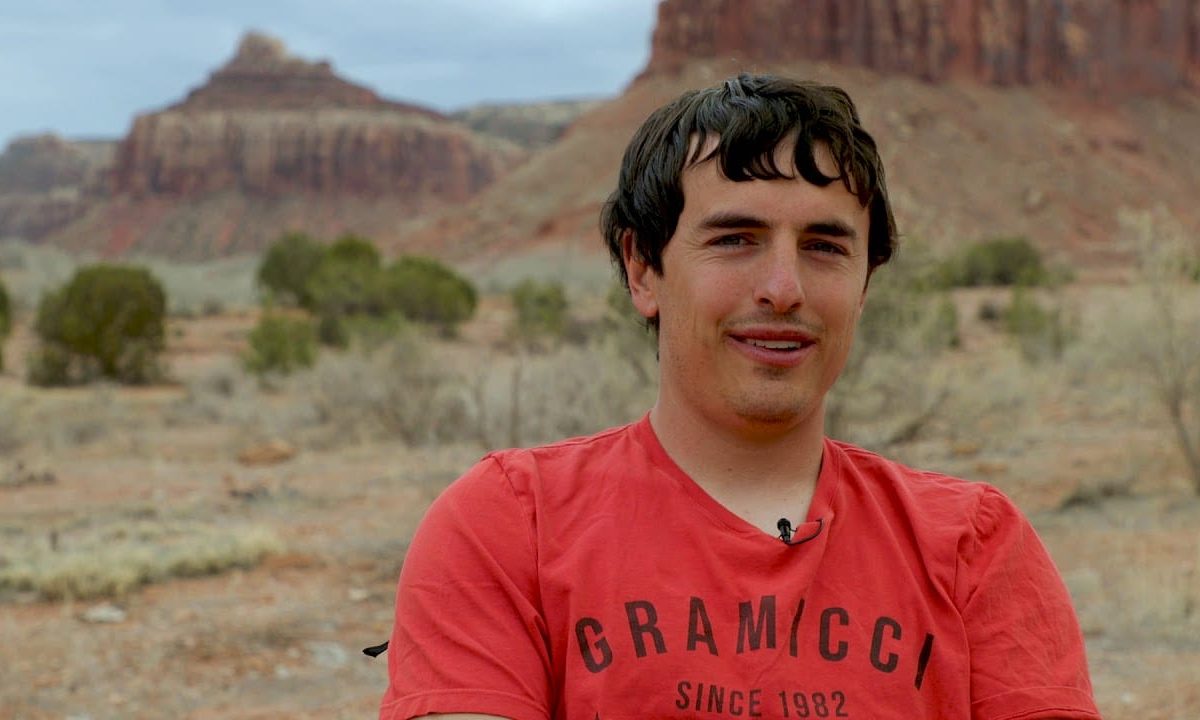 This article is being updated as more information becomes available. Last updated 11:13 am, 11/27/2019   Brad Gobright, one of the most accomplished free solo climbers in the world, died today, Wednesday, November 27, … Continue reading...

I watched this yesterday with my daughter on Disney+ (which has tons of NatGeo programs).

Curious if anyone remembers seeing this in the theater or on other platforms and whether when Alex gets through the Boulder Problem he really is recorded as saying “Aw yeah,” because that’s what it sounded like, but it sure looked like his lips said “Fuck yeah.” Would Disney/NatGeo have overdubbed the dialogue in this movie?

Sad postscript to this: Brad Gobright died while climbing in Mexico on 27 Novemeber.

Well that sucks. Especially tragic that it wasn’t even doing something particularly risky. Sounds like he rapped off the end of his rope. One overhand knot could’ve saved his life.

Last week a woman climber fell something like 30-40 feet off El Capitan on a cold night and banged herself up pretty good. She ended up in a local hospital for a few days (looked like someone had beaten her up, bruised and scrapped up) and one of the guys in a picture of her in the hospital was the Free Solo guy.

Inside Emily Harrington’s Scariest Fall of All Time

Yosemite is covered with ice and snow now. The day she fell is was probably freezing up there. I just don’t see how you risk your life under those conditions.

I didn’t see it in the story (maybe I missed it) but during a video interview on the local news she said her feet were numb and that she was already having trouble feeling her footings.

I’ll get pictures with my legs over the sides of cliffs, but even then, I am very dang cautious. I can’t imagine free-climbing anything or what might drive one to do it. I think I’d pass out.

Yosemite is covered with ice and snow now. The day she fell is was probably freezing up there. I just don’t see how you risk your life under those conditions.

I didn’t see it in the story (maybe I missed it) but during a video interview on the local news she said her feet were numb and that she was already having trouble feeling her footings.

She fell right before the ice and snow weather came in; the valley was fairly snow-free at that time. I believe it was the next day when it started getting socked in.

I suppose you get a lot less sweaty in cooler weather.