Yeah, I’ll go with that.

And finally after all this time we get a campaign set during the rise of the early Roman Republic in the Italian Peninsula, starting a few years before the sacking of Rome by Brennus. Might just tempt me to reinstall Rome II and try the DLC out, until then I’ll continue getting my unification of Italy and Pyrrhuss of Epirus fix via Hegemony III. Wonder if CA will take the easy route and start Rome straight out with manipular legions or if they’ll incorporate the reforms as part of the tech tree, with Rome instead starting out with a more traditional Etruscan-style hoplite based army.

Wow, loving the continued support! Thanks for the heads-up as I will definitely be getting this one. I’ve been putting some time in the family tree Beta and I love what I’m playing so far.

Sounds like besieging Rome could be a bit of a nightmare, and fun challenge to boot.

I was watching a let’s play video of Rise of the Republic and the music got me all misty-eyed and nostalgic. I’m very happy that Creative has taken on this model of updating and adding on to older games. Rome 2 was messy at launch but I still enjoyed it, and I’m thrilled that it has gotten so much love so many years after it’s initial release. Looking forward to playing Rise of the Republic later today.

I’m a sucker for all things total war, so I’ll be interested in hearing first impressions from anyone who bought RotR at launch.

The temptation was certainly there, but think I will also wait for other people’s verdicts given how hit or miss Rome II has sometimes been for me in terms of enjoyment. Also give CA some time to patch any glaring bugs that can sometimes appear in their new releases, both games and DLC.

I love Rome II but after the insane pleasures of Warhammer I and II, I tried the previous Rome II DLC a few months back and it left me cold.

In terms of the scale of battles the TW engine currently allows for, it’s just much more fun to have heroes and dragons and wizards oh my! than yet more dudes with spears and shields.

To reinvigorate the historical TW games going forward, they need to build a new engine with less splashy graphics but the ability to handle battles at 10 times the scale: not a wimpy gesture at a Cannae battle with 3,000 guys a side but a battle with the proper numbers in the tens of thousands per side, so that the size of the battle lines actually impacts the flow. Currently, the TW battles turn into micro-management slugfests, which is great when it’s orcs whomping on dinosaurs but not as exciting when its dudes with spears in rows. On the other hand, dudes with spears at the proper scale would float my boat in a big way.

I guess I’m saying they need to bifurcate Total War going forward: the current moderate scale system works well for things like Warhammer (bring on 40K I say!) but for historical games they now need to actually get to the proper scale.

I’ve been playing the new expansion all day -well --not during “business hours” lol. God help us if we play during business hours …

The new dlc is very tight. It surely is still Rome 2. Warhammer 2 has is beat in almost --almost every way. But …. it is very good so far.

I’ve played Rome and lemme tell you that’s no cakewalk. About 40 turns in. If you liked Rome 2 than I suggest it may be worth it. I had some trouble earlier today on my campaign and came back to it to try a different strat, That’s a good sign.

If you are a diehard Warhammer 2 person though, it may not be worth it. The history on this one is a bit oblique as well. Meaning: If you don’t know early roman history then it may not be so good.

(40 turns in and I only have one city other than my home province. I am sure there is a better way…)

Research and the strategy part seems very tight. Combat is weird in that romans are very weak at the start.

Hey @richardlgaines, are all your battles like, one color palate?

Both in the new expansion and in Empire Divided, battles are these crazy one color things, like bright red.

Can you play as Carthage?

Can you play as Carthage?

Does not appear to be the case. They aren’t on the start menu and I haven’t pushed that far south, but looking from the main map, it looks like the only part of Africa that is included is a little chunk just containing Carthage.

Here’s the new “Rise of Rome” map stitched together from multiple screen shots (it doesn’t quite all fit on my screen in “Zoom Out” mode). Sorry for the coloring, but I have fog of war over most of the map outside of Rome and its immediate neighbors and the immediately adjacent sea zones. 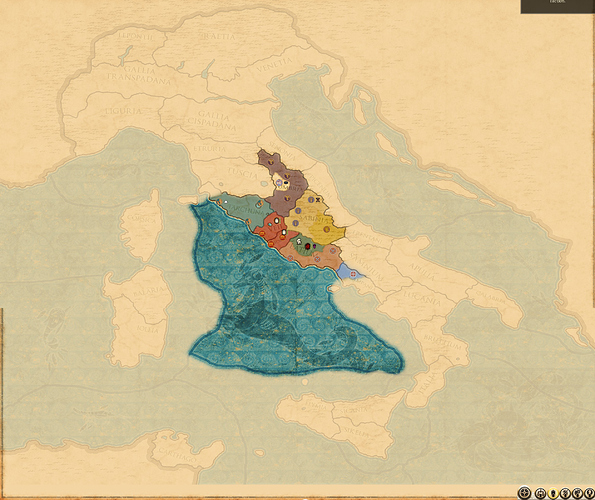 Are there spooky bats?

That’s much smaller than I thought it was going to be. 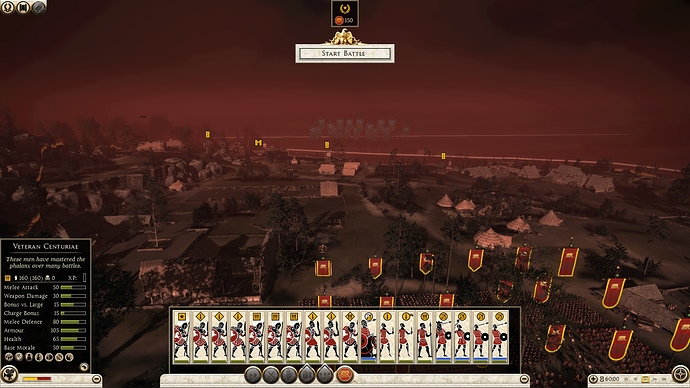 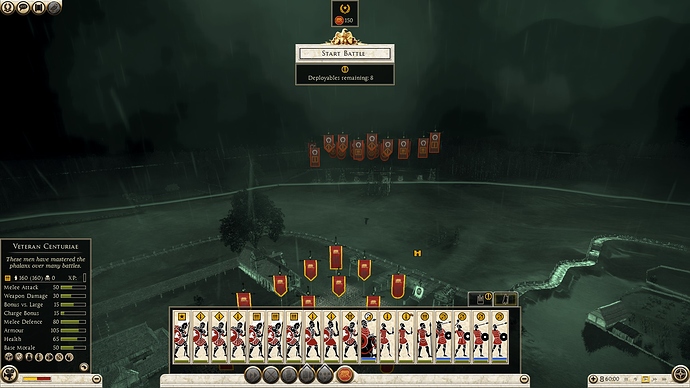 I don’t see spooky bats. But there is a setting (‘nightmare’ or something) that gives everything a Halloween feel.

I thought this was an artistic liberty done with Empire Divided, but since it showed up again i’m thinking it’s a bug.

I wonder if this Halloween mode got inadvertently turned on.

@Enidigm, I’ve been playing Rise of the Republic and have not had any color issues. Tactical battles look normal.

I actually have a different issue. Battle replays crash the game. The replay goes through the full load process, the sound of battle starts up, and then the game crashes.

It seems rather odd that the game plays normally, except for battle replays.

Question: I noticed that there are both food levels for the province and for the empire. Do I need to worry about both, or only the total empire food level. I tried searching for “Food” in the actual PDF manual and came up empty.

Also they mentioned that there is now a “Hide Foliage” option available during battles. But I couldn’t find it anywhere on the interface, it’s not where it is on Total War: Warhammer. Does anyone know how to toggle this option?