"Routine, it's lethal" -- the thread of international vacation travel

I believe there’s no thread here for travelling, so I thought I’d start one. Tips, photos, after-action reports, stories, reminiscences. It’s all good.

Note: “international” applies to any travel outside the nation of your regular residence; including of course to the U.S.A.

Just got back from a 10-day trip to Costa Rica. We visited the Nicoya (large northern peninsula on the Pacific) coast, Bijagua (a smaller, less visited town in the northern mountains) and La Fortuna (a very popular and busy tourist town near the iconic Volcan Arenal.)

I have travelled pretty extensively, but have never driven in another country before, except for a couple of days I rented a scooter in Chiang Mai, Thailand. So this was a new experience for me. We drove quite a lot.

If you’re used to driving in the U.S., driving in CR is easy. Roads were generally narrow, but well-maintained. (This has been a huge project of the central government over the past decade.) Even on remoter parts of the coast where dirt roads were more normal, the roads were fine. We rented a RAV4, and it was nice to not have to worry about clearance, but we would’ve been ok with a sedan. Many other drivers were.

The public garden in the center of La Fortuna, looking west toward the volcano. 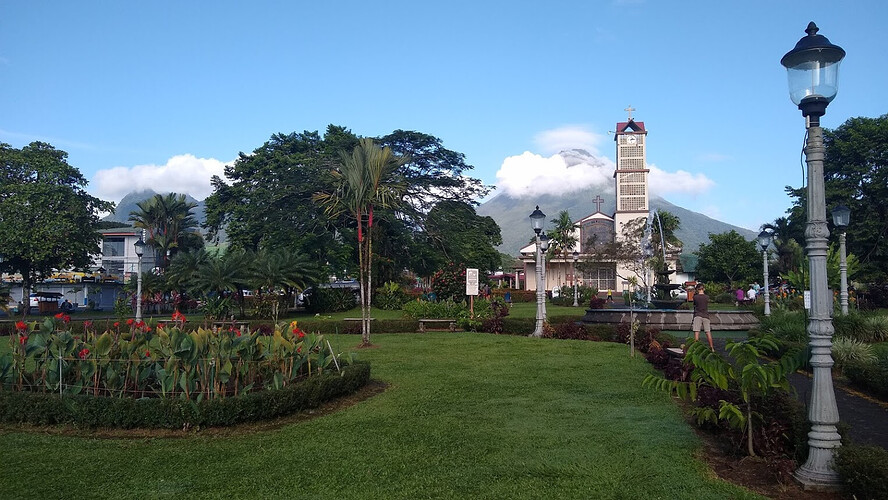 Early morning view of Volcan Miravalles from the back porch of our AirBnb in Bijagua (which was really spectacular.) This was the only cloudless view of the mountain I saw, but sunsets here were amazing, with beams of light shining through clouds to illuminate the green landscape. 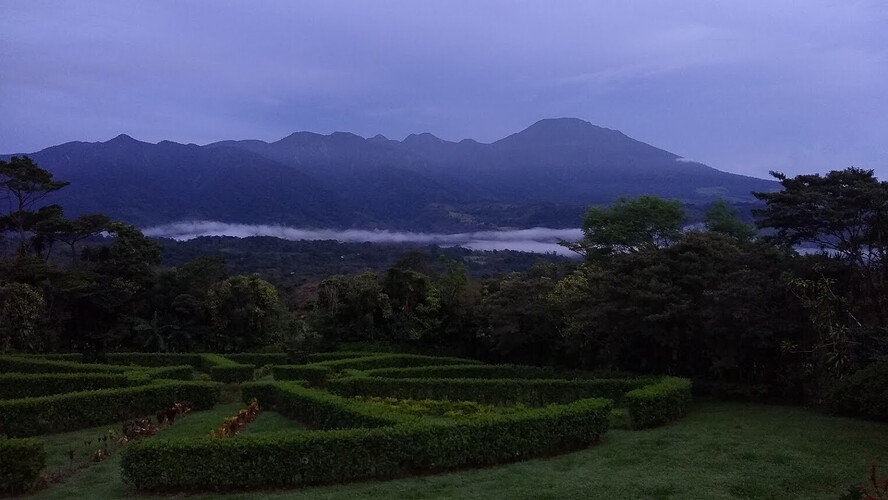 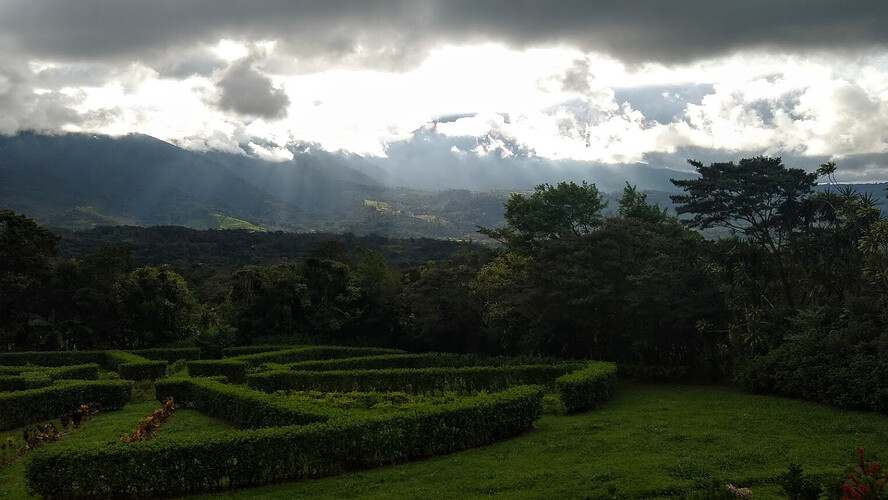 The beach at Islita on the coast, from the top of a hill I hiked to in the midday heat: 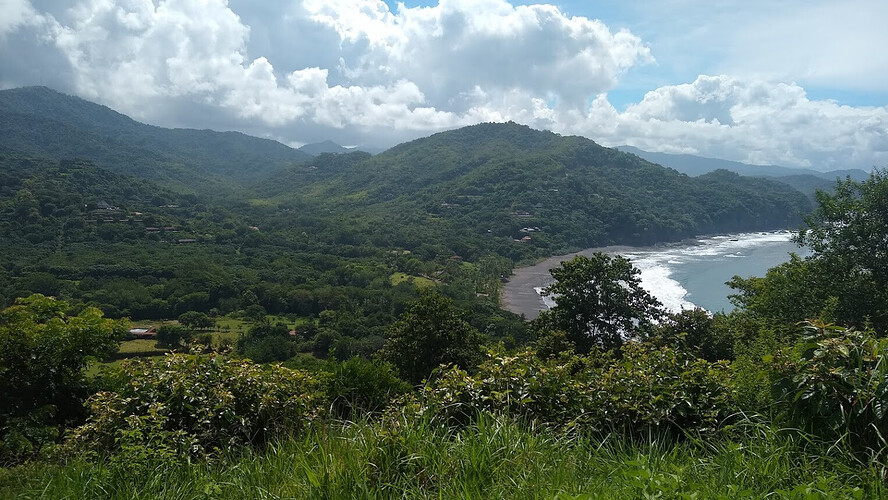 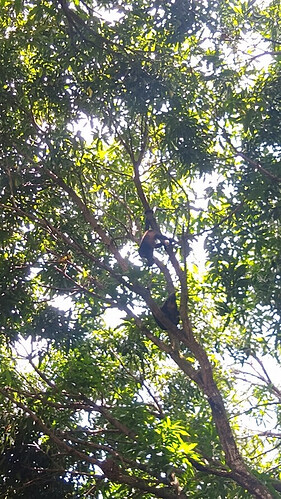 We saw sloths too, but they’re boring.

Costa Rica is on the list of places we want to see. We are probably a couple of years away from going there. We have an elderly dog and I am reluctant to leave her for more than a week or so.

When we were in France a few years ago we did rent a car for a few days. The driving was pretty simple. They drive on the same side of the road as we do in America so that made it more comfortable for us. If we had been in Paris I can’t imagine renting a car and driving around. It’s too busy and complicated. The same for Rome when we were there a few years ago. Driving felt crazy there.

An actual address that you would write on an envelope might be something like “300 meters east of the Super El Abuelo 7 km south of the Catholic church in the town center.”

In Nicaragua, there are addresses like “one block south of where the church used to be”.

Looks like a fun time, Matt. I still have a honeymoon to take when my wife when we feel more comfortable and things open up in Italy/Greece. We’ve not even begun planning for it since things are still a ways out. Though I drove for a while when I lived there, it’s tough and I’m not sure I want the added stress of that if we go there on a honeymoon. It’ll really depend on how open things are and how easy getting cabs/Uber are.

Great idea for a thread!
Costa Rica looks pretty cool, will put it on the old bucket list!

I’m still a bit uneasy of major traveling while Covid is still around and the Delta variant is causing complications. However I am planning on heading up to Norway soon for a 4 week roadtrip in campervan. I am double vaxed and the infection numbers are (still) pretty low there and I am not planing on interacting with people much, so hopefully I’ll be ok.

Last year I’d prepped a big Canada trip through the Rockies which sadly got nixed and moved back on to the list of “someday”.

My personal travel highlight has definitely been a 4 week New Zealand road trip to both islands, which was just AMAZING. Best trip of my life hands down.

If anyone needs tips there, I’m more than happy to share! 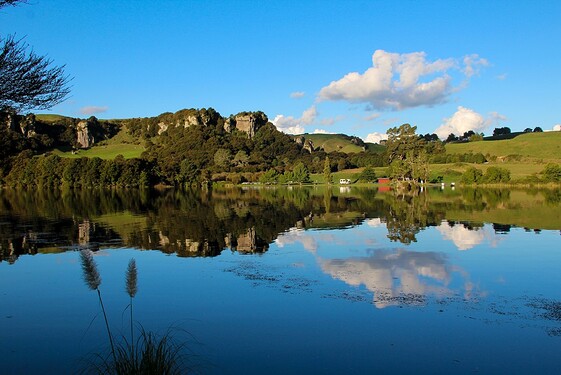 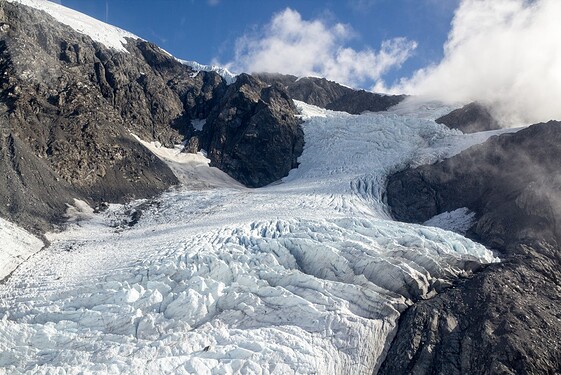 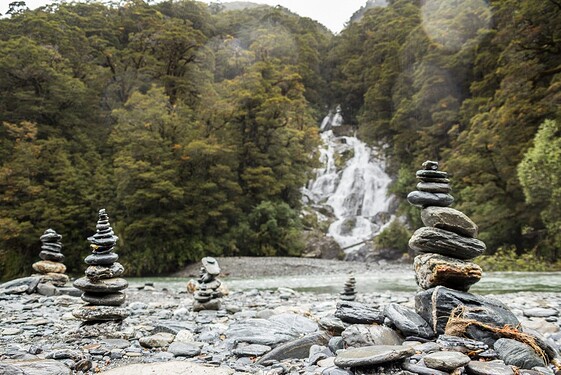 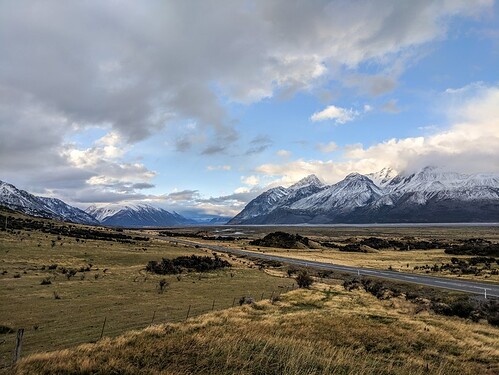 Another highlight was 2 years ago when I went around Iceland and checked out that stark landscape, though in retrospect I’d have hired a 4x4 in order to actually venture further off from the main roads and see more of the exotic locations. 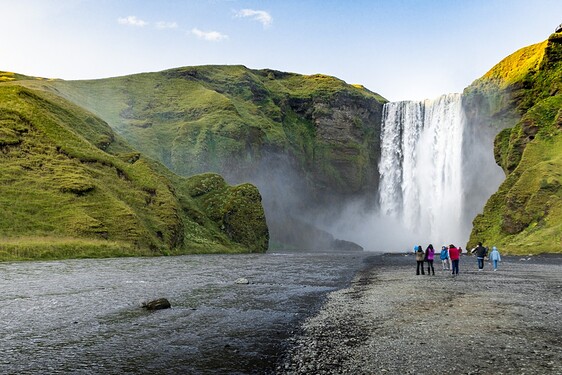 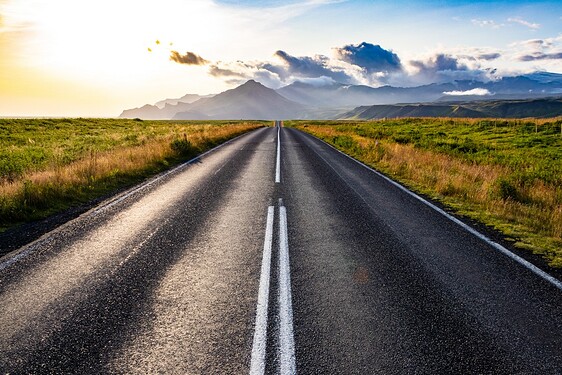 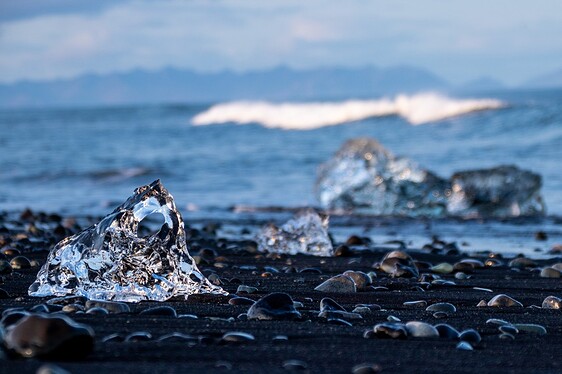 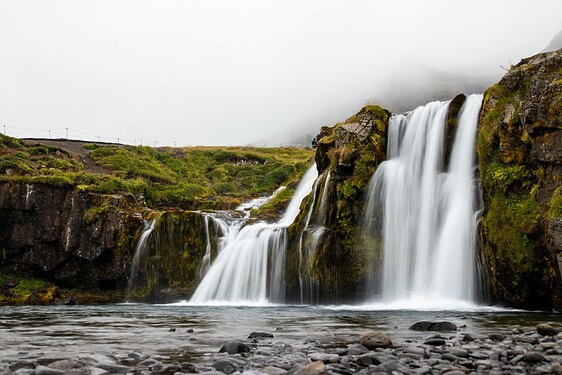 Again, feel free to ask questions if anyone is planning a trip there!

Anyway, with road tripping being such a big part of my life (especially as an adult with at least some budgetary options), its been SO depressing to be stuck all alone in my tiny apartment for 1.5 years not knowing when it would be possible again. So with the prospect of that Norway trip it feels like I can finally start living again. ;)

Hey all, got some travel planned for this year:

This July, I’m going back to Costa Rica and taking my kids this time. My plan is to head south and try to hit Corcovado (already got reservations for a place in Drake Bay, and I’m currently negotiating with a tour company to take us into the park by boat.) I’m a bit concerned about the weather; July is rainy season and the further south you go, the wetter it gets. Anyone visited in late July and have tips?

In November, we’re all going to Ireland. I’ve never visited and have no idea what kinds of activities to plan for the kids (two 11 y/o’s and a 15 y/o) there. It will also be somewhat chilly? Anyone have any tips for Ireland in November?

Flying in/out of Dublin. No set itinerary beyond that, but are vaguely looking at the southwest coast.

I went to the Galapagos last summer and that was an amazing trip. You have to be a nature lover, of course, and getting there can be a chore. What you do there is take day trips from the central island where everyone stays to neighboring islands which are essentially all nature reserves (the central island is 90% a nature reserve, as well), for hiking and maybe scuba/snorkeling. They restrict total tourism and are pretty strict about scheduling the most popular areas so they don’t feel crowded. The most amazing experience of many there was on the boat trip to one of the islands, where the boat passed through a giant school of manta rays, and these giant creatures would periodically leap from the water and do cartwheels in the sky before crashing back down.

I was very impressed with the conservation ethos of the residents we met, and I hope to return to Ecuador to visit the rain forest region.

I’ve done it twice now for business purposes in the last few months. One masked, one mostly unmaked (I was masked!) last week right after some America judge decided the government had no right to mandate masks. It wasn’t too bad overall and I didn’t catch anything. The only difference I noted is that after years of bleeding money the airlines are squeezing people for money. Less flights and they are fully booked, ticket prices are higher than I remember pre-pandemic, etc.

My flights to Costa Rica are on Aeromexico and leave from Tijuana. (TIJ airport is easily accessible from the U.S. side using the Cross Border Xpress, which is a bridge expressly for airline travellers that crosses the border directly to the Tijuana airport.) Since it’s a Mexican airline and originates in Mexico, masks will still be required for the whole flight. And Costa Rica still requires masks in indoor spaces. It will actually be safer to travel than to stay home.

I’m not actually that fussed about the COVID situation, though I will be masking whether it’s required or not. I just hate the whole palaver of flying.

I’m not actually that fussed about the COVID situation, though I will be masking whether it’s required or not. I just hate the whole palaver of flying

That’s perfectly understandable since it’s objectively awful to be crammed into right space for long periods of time. If I didn’t have to travel professionally I’d almost never fly.

I spent a week on the Dingle peninsula back in 2019 (my last real vacation!). We rented a house near the base of the peninsula, which worked out really well. We had easy access to activities on the peninsula and could also head south to the Ring of Kerry.

Favorite activities from that trip (other than a lot of beautiful roads to drive):

I have a few times, and keep in mind this was 20 years ago so climate change, but the rainy season was still the Florida style, with cloudbursts rather than toad-stranglers, I found it agreeable, though I was central/North. Though, keep in mind it gets HOT HOT HUMID HOT outside of the central valley.

For an alternative I highly recommend Panama, all the beauty and diversity and friendliness of Costa Rica, less touristed, and you can confidently rent a car and get around due to the great infrastructure, which is nice in COVID times rather than being on buses with the public.

This July, I’m going back to Costa Rica and taking my kids this time. My plan is to head south and try to hit Corcovado (already got reservations for a place in Drake Bay, and I’m currently negotiating with a tour company to take us into the park by boat.) I’m a bit concerned about the weather; July is rainy season and the further south you go, the wetter it gets. Anyone visited in late July and have tips?

Just got back from this. Drove from San Jose to San Gerardo de Dota in the mountains, then out to Drake Bay on the Osa Peninsula with a day trip out to Sirena ranger station in Corcovado. Then drove up to Manuel Antonio and back to San Jose. A short 5-6 days, but lots of fun.

Some tips this time around to add to my tips in the OP:

View from near the summit of Cerro de la Muerte on Route 2, which at about 11,000’ is the highest point along the entire 19,000 mile length of the Pan-American Highway. 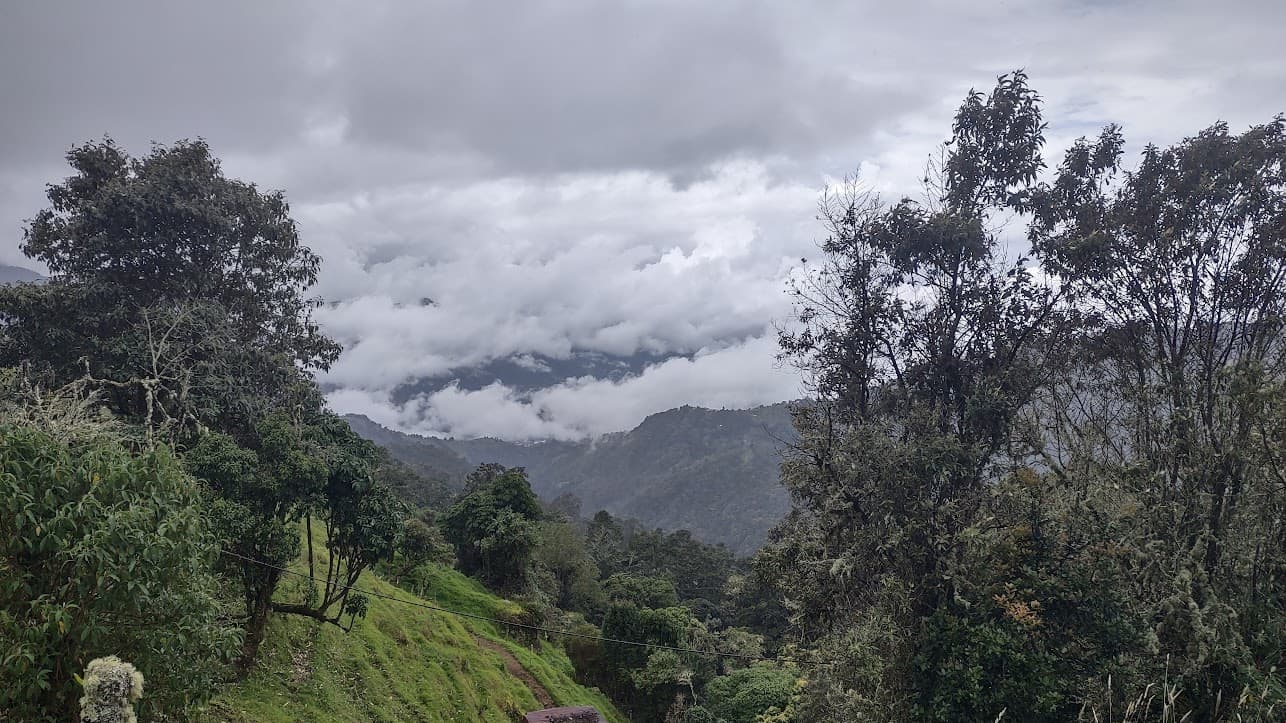 Waiting to board the boat to Corcovado’s Sirena Ranger Station on the beach in Drake Bay. Boat launches were wet. There’s no dock, so you have to wade out from the beach to board. 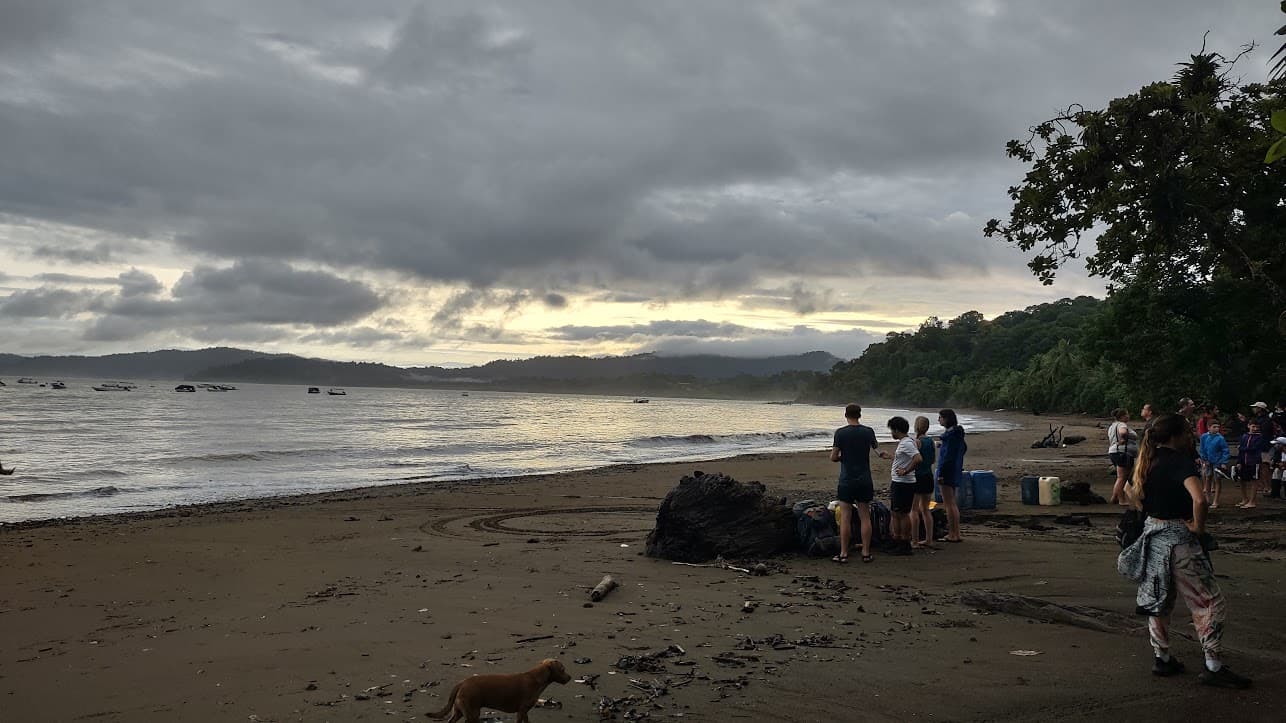 The boat ride was an hour of leaping waves in a small, crowded craft. But the payoff at the end was a few hours of the best nature observation I’ve ever experienced. We saw peccaries, sloths, spider monkeys, squirrel monkeys, coatis, a currasow, boat billed heron, and lots of other birds, butterflies, lizards, etc. The highlight was when we picked our way carefully through a thicket of coastal shrubbery to observe a tapir sleeping away the heat of the day. 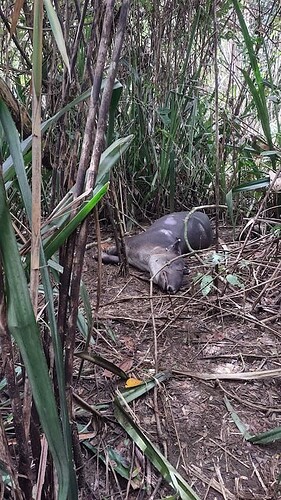 The center of Drake Bay from our restaurant balcony 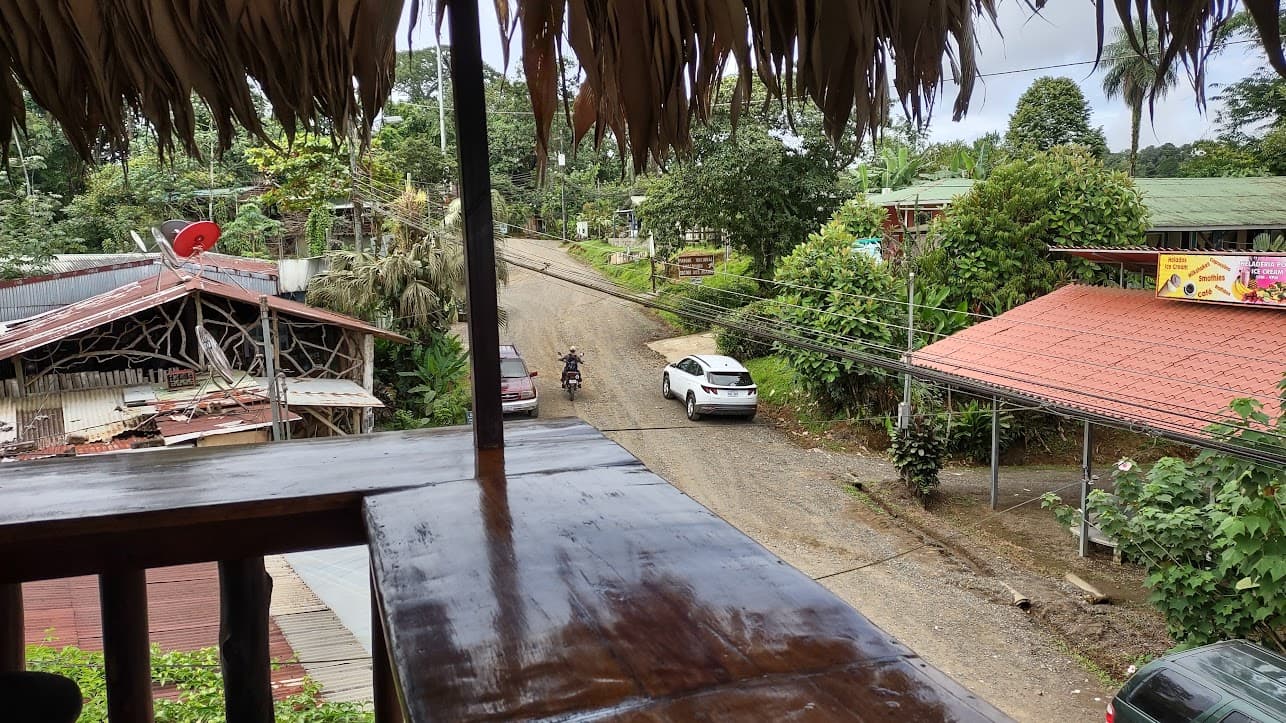 My son wading in the pool below Nauyaca Falls 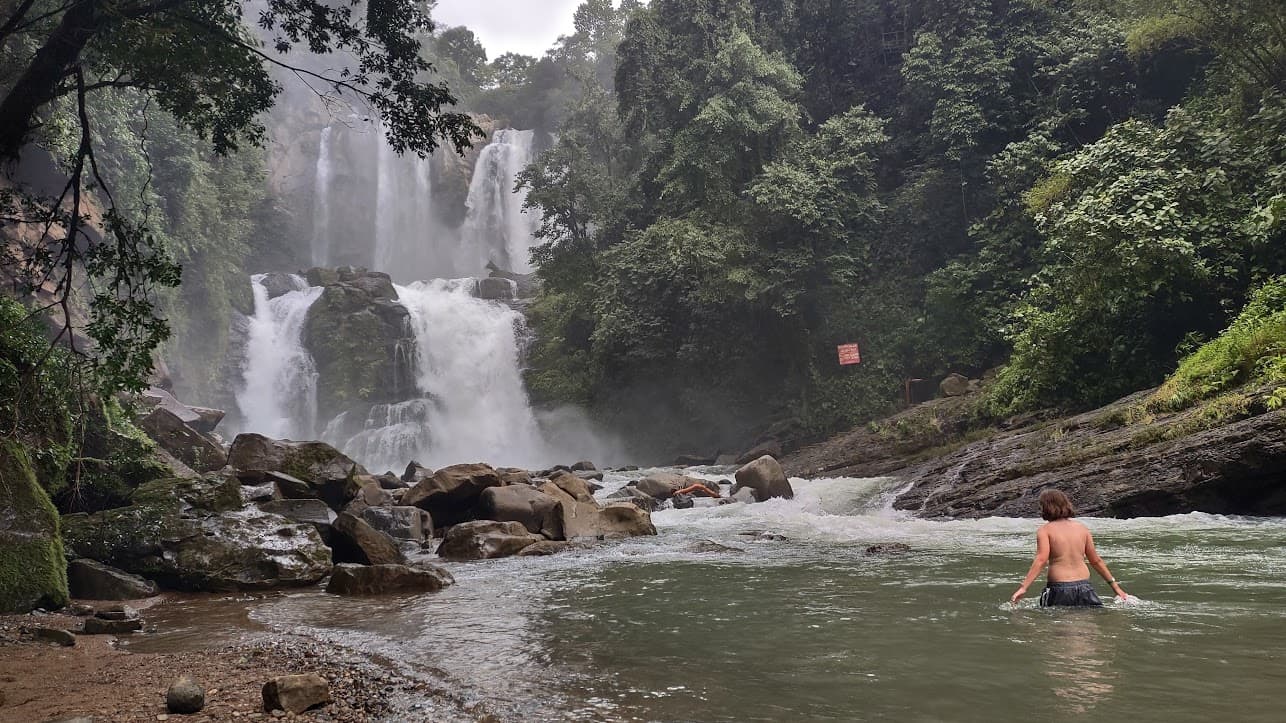 A view of the upper section of the falls 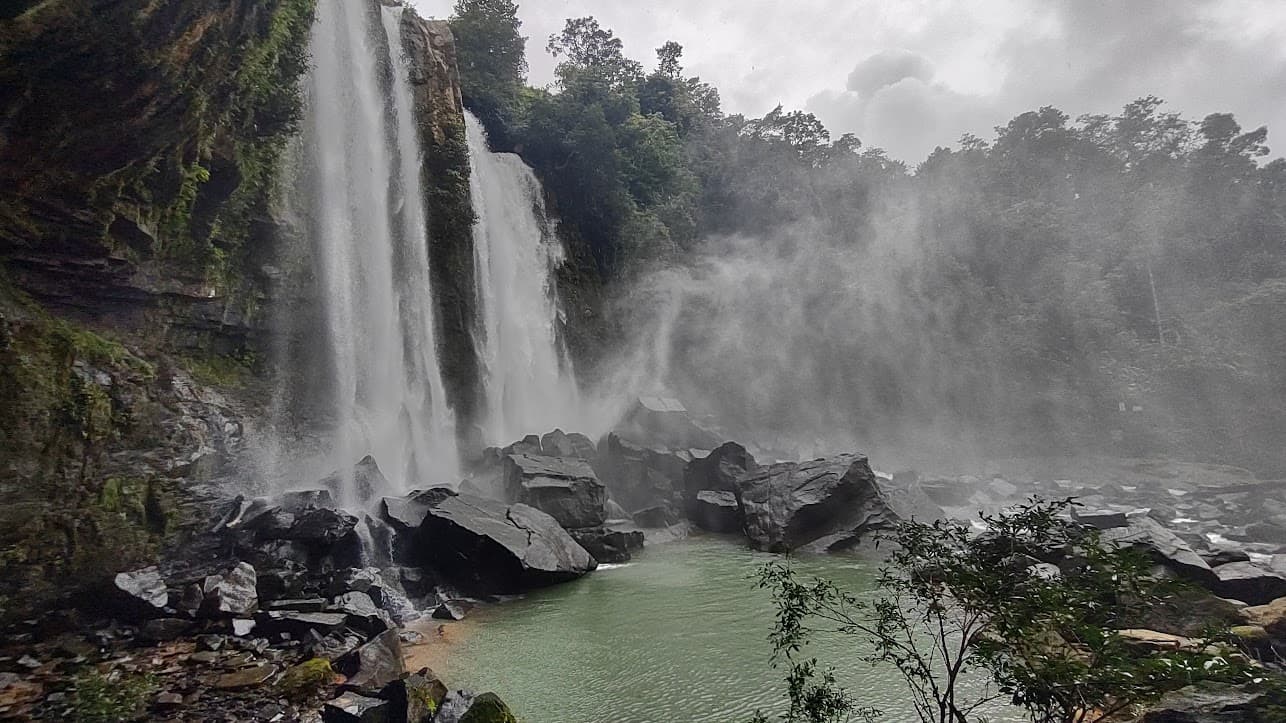 Gorgeous shots! You mentioned it was rainy season or just rain in the forecast while you were there?