OMG we found this movie absurdly long and often tedious to watch. Sure, the action LOOKS great, and some of the songs (the end sequence in particular) were super fun. But also this film does not know anything about subtlety & it seriously makes Fast & Furious look like high art. Also endless simplistic jingoism that doesn’t consider any of the complexities on the ground (not that it’s wrong WRT the Brits, of course).

Think I would have enjoyed music videos of the songs more than the movie.

Yeah I know I’m hugely in the minority here. I’m apparently a heartless grumpy old guy (at least on this) 😀

Baahubali 1 and 2 are worth a watch as well. I found them even more absurd and by that I mean awesome.

this film does not know anything about subtlety

After we saw the trailer for RRR before Everything Everywhere, I turned to my daughter and said, “I guess there’s something to be said for the complete absence of subtlety.” Still haven’t seen this, but I will for-sure go into it expecting none of that! :)

I would say that it’s not subtle in the way that Tony singing about his love in West Side Story isn’t subtle. It’s a feature, not a bug.

Very much this. It’s the Independence Day of Indian cinema: all candy, no vegetables.

Also endless simplistic jingoism that doesn’t consider any of the complexities on the ground (not that it’s wrong WRT the Brits, of course).

I’m curious to hear more about this. I confess to not being particularly well informed on the history or geopolitics of the situation beyond very broad strokes, but is popular revolt against a foreign regime in the name of self-governance jingoism?

Not that aspect, no. But the history depicted is also very streamlined & doesn’t much attempt to address any of the serious internal disagreements that led to the partitioning of India and are still ongoing & important.

From what I can tell, the partitioning of India took place in 1947. This movie takes place in 1920, and is a fictitious story based on the events at that time. Why would they get into the topic of partitioning at all??

Why would they get into the topic of partitioning at all??

Bheem did disguise himself as a Muslim man at the beginning of the film, so there was a slight nod to undercurrents of religious fractionation maybe?

Because the divisions that caused the partition were issues before independence (and those problems remain today).

But yes the movie at least acknowledges that not everyone is Hindu.

Look who got around to covering this one. 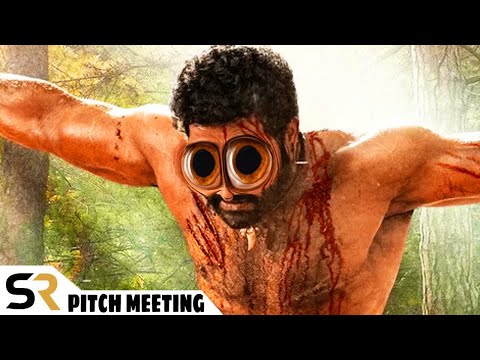 I need to watch this again. 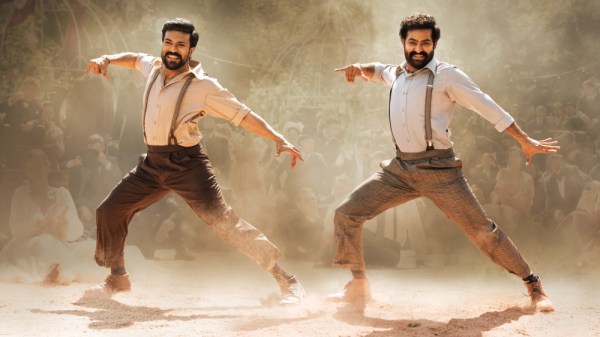 ‘RRR’ Team Reacts to India Not Selecting It for Oscars, Urges Academy to Vote...

So, finally got around to watching Rajamouli’s Eega, on the basis of it being described as his version of The Fly. It’s definitely not that, and I wasn’t really on board until about halfway through, but at that point it totally won me over.

Up until the point where Bindhu finds out the fly is Nani, I was getting kind of annoyed with the usual Bollywood/Tollywood tropes/stylisms, but from that moment on it made me appreciate that it wasn’t a Western movie. If this were made in Hollywood, the second half would have been about Nani figuring out how to become human again, and Bindu helping him, and there would have been lots of personal growth and learning about themselves. Instead, he tells her he’s going to straight up murder him, and she is totally down with that. And the training montage was gloriously silly too. 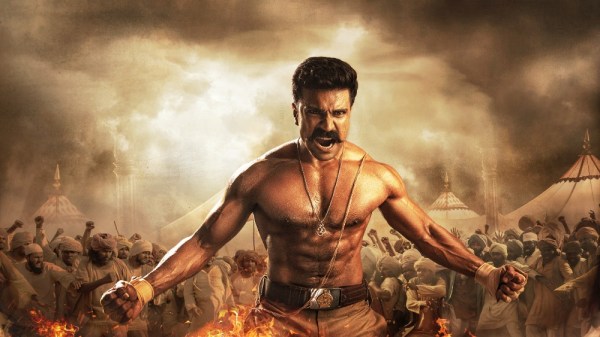 The Indian actioner of the year, if not the decade, is on course to getting a sequel. S.S. Rajamouli, director of “RRR,” has confirmed to Variety that a story for the sequel is currently being work…

We watched this right after I got a new surround bar setup that does Atmos. This movie is a freaking tech demo for Atmos it’s nuts. I haven’t been that entertained by a movie in a long time. And I generally hate movies over 2 hours long, let alone 3.