Ruined: What horror movie did Halle and Allison just watch?

If you’re looking for a podcast in which friends chat about a specific movie, I heartily recommend Ruined, in which two NY comedy writers talk about horror movies: 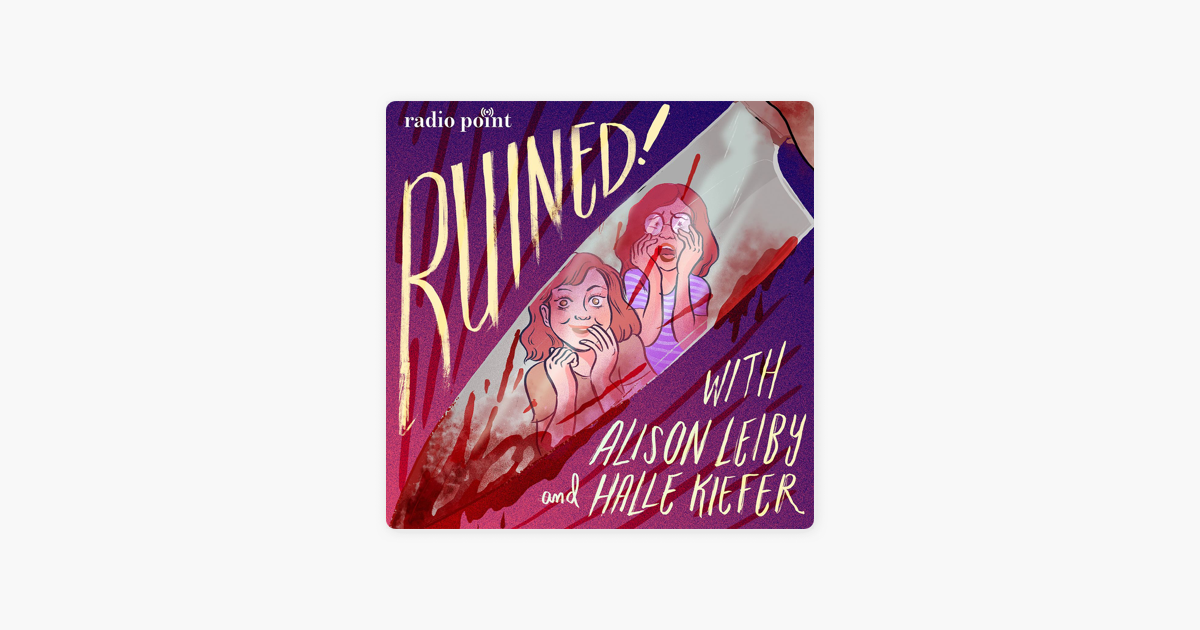 ‎Ruined with Alison Leiby and Halle Kiefer on Apple Podcasts

So for each episode, they pick a horror movie and then Halle explains everything that happens while Alison reacts. And they’re a real delight! For instance, in the latest episode on Karen Kusama’s The Invitation, they talk about the scene in the opening of the movie when the main character hits a dog with his car. It doesn’t kill the dog, so he has to bludgeon it to death with a tire iron.

Halle: Allison, could you kill an animal to put it out of its misery?

Allison (aghast): I don’t think I could kill it, but I would want it to be dead.

I love this sort of banter. I also like how they focus on one movie at a time. And I really enjoy their perspectives for being so different from my own, partly because they’re women. In their episode on The Birds, they talk about how insane it is how Tippi Hedren stalks Rod Taylor’s character. They seem to have crushes on Candyman. Their reactions to movies centered around a woman’s experience – like House of the Devil, The Invisible Man, and The Descent – are refreshing to hear.

You can just scroll through the list of episodes and pick a movie. They’ve got a pretty solid catalogue built up.

They seem to have crushes on Candyman.

I mean, who wouldn’t want to listen to that wonderful Tony Todd baritone all day?

But yes, Ruined is a lot of fun.

Oh this sounds really interesting. I struggle to find time for podcasts but my girlfriend would probably love this!

Ruined is a lot of fun.

Had you heard of it before, Soren? How did you find them?

I have no idea how popular anything is, so hopefully they’re well known and this is another example of me discovering something everyone else already knows about. Speaking of, I should tell you guys about this Squid Game thing I found on Netflix.

Yeah, I’ve been listening for quite a while now. They were guest GMs were on another podcast I listen to, Screen Drafts. They plugged Ruined while on it, and I liked them and the premise enough to check it out.

I have no idea how well known they are, but since they’ve done live events a couple of times now, they can’t be totally obscure.

Thanks for this recommend. They’re great.

I love the idea of two very obvious, long-time friends, both of whom are pretty clever and funny, talking about just about anything together. But here they’re talking about horror movies, most of which I’ve seen so bonus points.

So far I’ve listened to a couple of episodes, I think my favorite thus far is the one for The Conjuring.

“If ghosts existed and could really hurt you, there would be only a handful of Caucasian people left alive.” YEP.

“The family has 5 kids, all girls, and another one on the way.”

Right? That’s exactly the stuff I love hearing them riff on. Things that would never occur to me.

Thanks from me too. Podcasters are such a mixed bag and these two women seem like naturals. Starting with The Babadook, which I need to re-watch too.

I stumbled on to another podcast with a very similar structure: Too Scary; Didn’t Watch 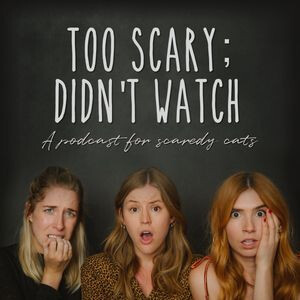 Three young women, (one’s a bit older mom) and one of them spoils movies for the other two scaredy cats.

It doesn’t quite have the charm of Ruined, but they occasionally have fun guests on.

Their most recent episode features Haley Joel Osment discussing Aliens (although how that falls into the scary category…) and Dan Lippert from the latest Paranormal Activity was on a recent ep.

From a discussion on whether you would pick up a screaming woman in bloody torn clothes on the side of the road if you’re out driving in the middle of the night.

Allison: I wouldn’t pick her up. Would you?
Halle: I wouldn’t, but I would realize it makes me a bad person.

I’m stoked for this!

For some reason or another I couldn’t get into this podcast. I listened to a few episodes but like, their banter style just didn’t work for me. It was easy for my ear to tune it out and it ends up sounding like talking noise. No idea why.

What was the other activity you were engaged in while listening to this?

Who is the female Kelly Wand. Surely she’s out there wreaking havoc and making people laugh so hard they can’t breathe.

What was the other activity you were engaged in while listening to this?

Umm, walking. I am no stranger to podcasts. I have dozens on lock. This isn’t the first time I have had this problem though. If the hosts engage in hard to describe freeform banter that is aimless it can quickly become noise to my ears.

Yep yep. I know what that’s like. Just making sure there were no extenuating circumstances. Sometimes I get involved in the other activity enough that it’s not fair to blame the podcast. Also sometimes someone says something in an audiobook or a podcast that sets me off in my own chain of thought while I’m walking, and before I realize it, I haven’t listened to the last 20 minutes because I’ve been following the other chain of thought, and I have to rewind.

It might also be their speaking style. I blame me more than anything though.

I’m loving this. I Listened to the Final Destination episode and there’s some good reflections about the film amidst all of the goofery.

I’m nearly done with the invitation, and enjoying it as well! I love their asides about when it’s time to leave a party or a dinner party. “Oh, they’re playing a game? Yeah, I’d rather watch a person die on a video before playing a game at a party.”

So I’ve listened to a few of these after Tom’s recommend and am enjoying them. It really is just the one horror-positive woman recounting the on-screen action, and then them occasionally making amusing comments with the other woman who doesn’t like horror saying “No!” a lot.

It’s a cute idea and pretty entertaining, but there’s not much in the way of analysis or commentary or anything.