Second Life... anyone playing it?

It felt like a poor man’s TSO, with less censorship.

TSO is a poor-mans SL.

I made a MUD there with a friend, was fun. If you’re clever you can make and do just about anything.

Yes. My friend was clever :D

Anyway, it’s a rather casual kind of game and very nichey, worth looking at from a “thats an interesting idea” angle.

Anyway, it’s a rather casual kind of game and very nichey, worth looking at from a “thats an interesting idea” angle.

Its a fine idea, but I’m getting the hint from this thread that its a relatively new idea, which is not right. AlphaWorld from the mid '90s featured player construction of buildings and artwork and links to websites within the gameworld. I’m amazed its still around.

[quote=Calistas]Anyway, it’s a rather casual kind of game and very nichey, worth looking at from a “thats an interesting idea” angle.

Its a fine idea, but I’m getting the hint from this thread that its a relatively new idea, which is not right. AlphaWorld from the mid '90s featured player construction of buildings and artwork and links to websites within the gameworld. I’m amazed its still around.[/quote]

I’m not sure if it counts, but allowing players to build in the world and open ended scripting was also a feature of many MUDs (mostly MUSHs, if I remember correctly) before that. The idea is pretty obvious if you’re just trying to make not-so-gamey interactive social space.

It’s hard to say what Second Life will become, in the future,
and what people will do with its tools. This next week and next,
for example, I’m covering the company’s game competition, with
7 teams of residents who’ve made games within Second Life vying
for cash and in-world prizes. Depending on how that goes, it may
be the beginning of a Second Life that’s largely enjoyed as a medium
for games within the larger metaverse (among other things). And
a few months ago, I wrote a story about two guys who created a fully
playable dungeon crawl RPG, in-world:

The wild thing is, the programmer behind it already has a day job
in the game industry, working on a next-gen MMORPG.

The wild thing is, the programmer behind it already has a day job
in the game industry, working on a next-gen MMORPG.

Are they still expanding the dungeon? Are people still playing it?

Last I heard, they were improving mob AI, adding a magic user
class, and implementing PvP. The cool thing with the last bit is
that they’re designing it so players can role play as monsters,
fighting against one or more other players. That’s a feature
I haven’t seen in many (any?) commercial MMORPGs. I believe
they have a fairly steady audience/community who keep playing
Dark Life, as they call it. They’re doing so well, last I heard, they
could, if they wanted, convert the Linden dollars they earn from
the game into real money via OGM or another third party broker,
and run their mini-MMORPG on a professional basis.

WJA, when is Linden Labs going to do the engine and scripting overhaul ? Is it still this year?

They had a pretty substantial overhaul/upgrade of both aspects
with version 1.2, which came out early this year. Though they do
upgrades almost every week, but I’m not sure when the next one
of 1.2’s magnitude is planned. I really am the in-world journalist,
and there’s a pretty substantial wall between what I know, and what
the developers do and have planned for the future. If it’s made public
knowledge in-world, I can report on it; if it’s not, I’m usually about as
much in the dark as any other resident is…

Yes, I’m not saying it’s a new idea… (well some of it is new by way of it all being a 3d mud where everyone is a god kinda thing)… I just think it’s a working and interesting idea :)

As for DarkLife, we’re currently pretty much on hold as I’ve been really busy and Mark the programmer has had a lot to deal with as well. While this has been going on the game is kinda dormant until we can come back and do the upgrade to version 2. Yeah, looking at the cash value of my holdings i’m worth around $550 (and so is he).

However, with the current cost of land and assets in Second Life it is likely we’d never do much more than break even each month if the game was somewhat popular.

And yes, it is interesting how much interest is now being placed in making SL a metaverse… or whatever… for games. I really think DarkLife was part of this change as the logs of how much time people spent playing it must have been pretty interesting… People spent many many many hours on only a small ammount of content. This and their Coney Island experiment showed that there was demand for more activities and content in the game other than nice architecture and socialising.

SL has a lot for all kinds of people in it. Lots for socialisers, lots for builder types and it’s fun to explore too.

So what’s the total membership in SL now? Thousands? Tens of thousands?

It was rather satisfying to see the wall become an object of such interest. I was the Producer/Designer for that, as well as the Casino (if that’s still around).

This and their Coney Island experiment showed that there was demand for more activities and content in the game other than nice architecture and socialising
.

Is there any advantage to socializing in SL over, say, IRC or even message boards like this one? I just don’t see that running an avatar around in 3D space adds much to the socialization thing.

Cool, didn’t know the Dark Life team was in QT3!

> Is there any advantage to socializing in SL over, say, IRC or even
> message boards like this one?

I guess it depends on whether you think there’s a qualitative difference
between conversing someone purely in text, and doing with them in-
person, as it were. And also have the scripting and building tools to
illustrate whatever it is you’re talking about. Recently, for example,
a guy was telling me about the brain surgery he had, going into graphic
detail about it, but it didn’t really hit home until he uploaded a digital
photo of the back of his head, all stapled up, and displayed that on the
side of his house, that it really hit me. Also, the AV customization is
so insanely granular, you can make an AV that looks almost exactly
like you, or whatever it is about people you want to see. Because the
AVs are so unique, I do notice you feel a more emotional attachment
to folks you like, as someone you personally know, and that’s something.

That said, my observation is that very few people in SL come to socialize.
If they last for more than a month or so, they almost inevitably become
content producers of some kind, whether they’re building skyscrapers,
or just tinkering with new avatars/clothing/hair styles/etc. Creativity is
really the medium of exchange, and the thing that determines who you
primarily socialize with, in the first place.

Let’s go for a serious necro. We have a few Second Life threads, but I’m not sure there is a definitive one. So this vintage example will do to share the delight of watching a very British board game reviewer squirm as he asks questions of a sex club owner in SL.

Do I need to mention it’s probably better not to watch this at work? 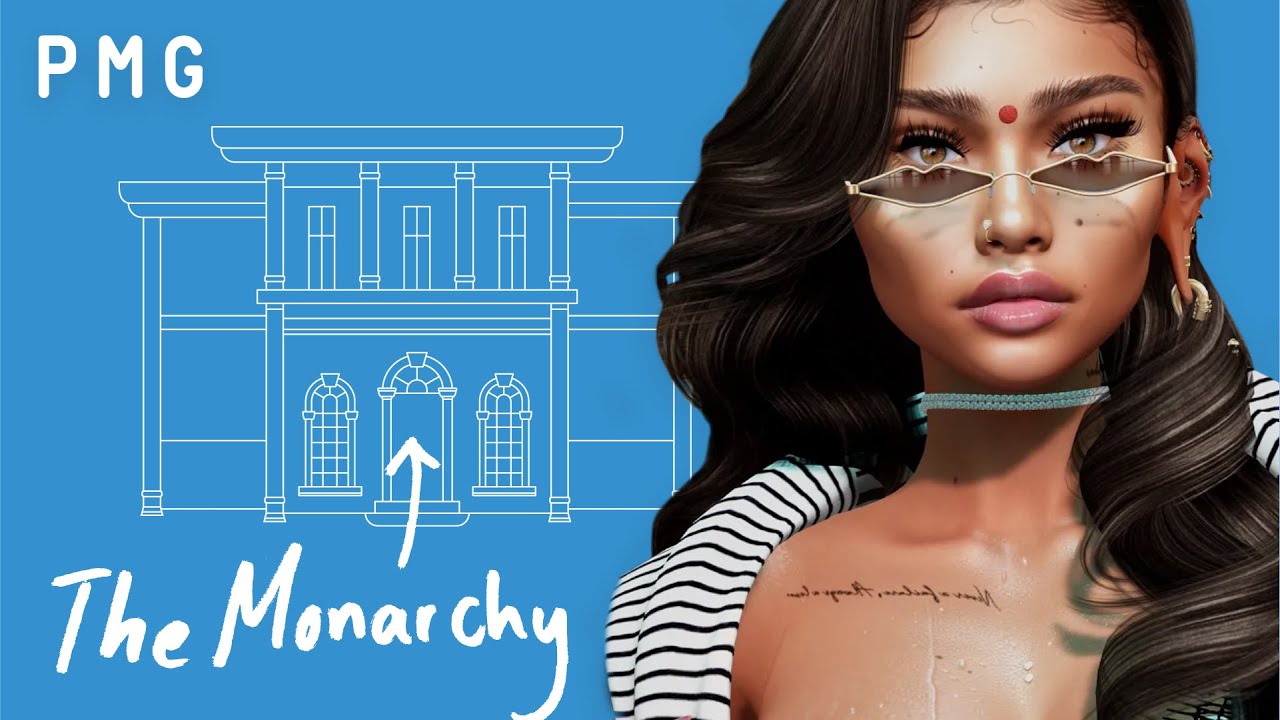 Fun watch. And good to see SL has better avatars but remains pretty true to its roots. :) And yet, it’s also still a world I remember fondly.

Is this the necro record? Sixteen years?

About a year ago I looked at it. My 8700k and my GTX1080 choked on it. More like my ‘only’ 16GB of RAM choked on it. If you do manage to start getting around, literally everything costs money. You want pants? $$. I imagine the people running that particular show are making a real living. One of the ‘working girls’ got freakin’ LASIK paid for using only Second Life income.

I know several people who made a real life income in the 2000’s. For some, it was significant. Mostly, they would be designing poses, dances or items of clothing. Some would build you a custom made house.

It’s kind of funny how the game has grown to consistently choke machines trying to render the ever more complex user created content. SL is consistent like that.

Imagine if confinement had happened when SL was the new hotness and media darling. We would all be living and working there by now. :)

I just loved seeing Quintin Smith trying to ask his questions delicately. It was awesome.

Remember back when CNET hosted an in-game interview with a Second Life entrepreneur, and in the middle of the interview a griefer filled the room with hundreds of floating penises? Good times!

I remember Anshe Chung. I think I rented land in one of her sims for a while. Apparently, she has kept busy (from Wikipedia):

For all the jankiness, clunkiness and immature lawless frontier land feel of large parts of the world, SL was a cool experiment. Our usual MMO Guild pas a lot of fun hanging out in there and attending parties to chat the night away in between raids.