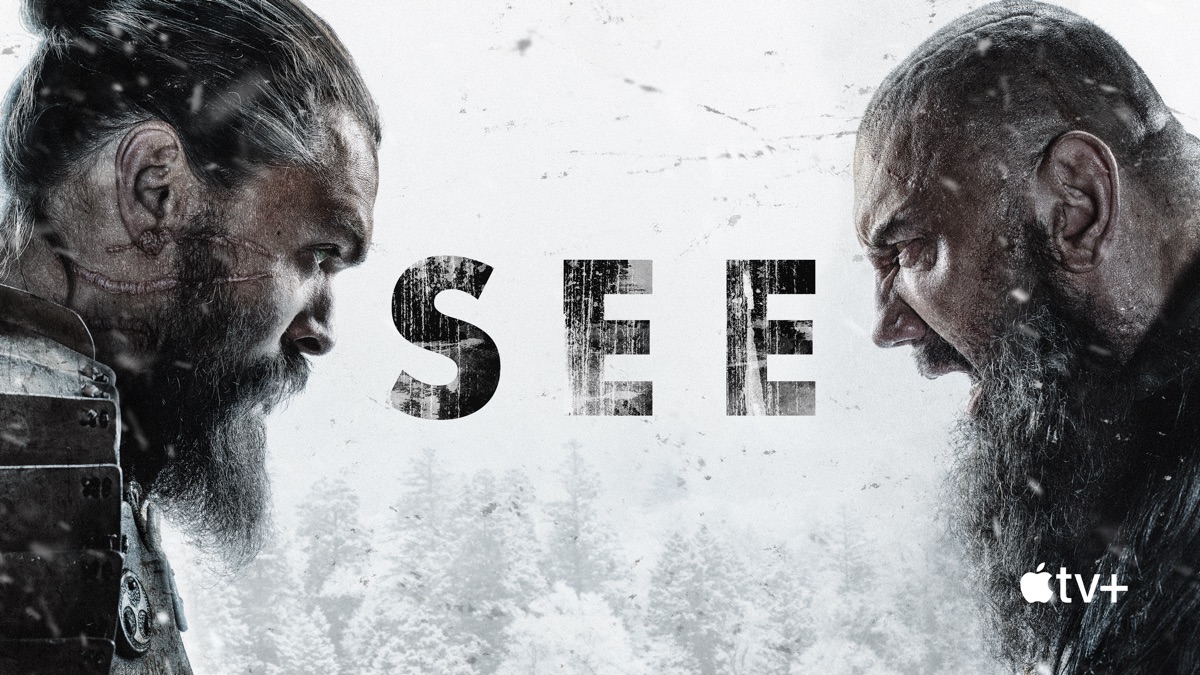 Serie about a post-apocalipse civilization where people have lost the vision. They have survived and managed to build a interesting society adapted to blind people. The serie have a lot of violence, politics and intrigue, but it fits wells the actors and its lots of fun.

“See” is a stupid name, so the discoverability is bad, I have not seen anyone talk about it, or a thread about it, so I created this one.

Critics were pretty down on the first season so I skipped it. I extended my Apple TV+ trial thanks to the PS5 promotion, so I do have a few more months to watch all their content. I hear Season 2 is coming out (or is out?). If I hear the show is improving, I’ll finally check it out. The premise does sound pretty interesting.

I have no idea why critics may not like it. Is a fun show. Season 2 is more of the same, if anything I think they do a few hard to believe twist that demand a lot of suspension of the disbelief from the viewer.

Is this related at all to the Blindness novel and subsequent movie with Julianne Moore?

I like the show overall. Cool worldbuilding. Super inventive combat. I think it’s worth watching.

It kind of leans way too into the gruesome combat to be something I like a lot though. I wish it was more talky and all about the lore. The blind on blind combat was fascinating at first because of all the weird technical tricks they used – I gotta give the choreographers credit for some really interesting scenes. But eventually I just got fatigued from sheer quantity of gore and brutality. I think this show would have been better if wasn’t trying to match GoT in those areas. SO MUCH MURDERING.

I’m not caught up on Season 2 yet, have only seen the first.

As someone who’s not watched the show but has moderate interest in it, I’m curious about some specifics. Can anyone who’s watched spoil me on a couple of things?

Knowing the above may make me more interested in watching.

I can’t explain why but I’ve had a strong aversion to checking out See and Dickinson, kind of like how I refused to ever click on Lilyhammer in Netflix when originals were getting going? I think it’s just the one-word show names with minimal explanation. And it’s funny that there’s still hardly detail on what it’s really about, minimal discussion of specific characters, specific lore, etc. But I think I’m going try it after reading this thread!

Both shows are, at the very least, interesting and genuinely different than anything I’ve seen before.