Shadows Of Forbidden Gods Is Unlike Anything You've Ever Played

Not quite out of EA, but almost. It’s already worth your time, and there are frequent updates. But don’t take my word for it. 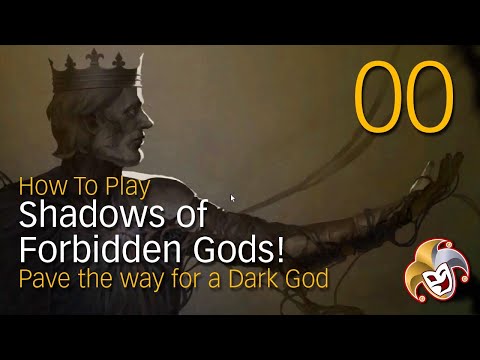 Steam Link for others:

I just discovered this game earlier this morning and bought it immediately. Can’t wait to try it.

Other than a graphics upgrade, what makes this different from the dev’s previous game that came out last year?

Apparently the focus on this new one is a bit different.

Whats the difference between this and Shadows behind the Throne? :: Shadows...

Game seems cool but I don't see any obvious differences between this game and the game made by this dev previously?

There’s no political system at all. You can’t take direct control of a ruler and make decisions and most national decisions/politics don’t exist, mostly due to this game being in a much earlier state of development than shadows2. This is by far my biggest complaint, though it’s unclear what degree to which this will be solved in the future. The next god being made (0.8?) is tied in with this so if you wait a month or two you’ll probably get a game with a lot more of this, as of right now rulers don’t really have anything to do with their money.
Agents have more options and vary internally. Every agent can do things like start plagues though the specialists have more options (only the plague doctor can start a second plague, etc.). Profile/menace instead of evidence are a lot more generic and don’t relate to specific actions or have any way of being handled at all (they’re just abstract modifiers), surprisingly. There’s a clear design emphasis on making core gameplay less complex/confusing.
While individual civilization tiles have a lot less going on with their rulers, the actual land itself has a lot more going on. Modifiers for the region and tracking for things like famine, unrest, devastation, etc. are handled largely independent of the nation/rulers themselves.
The higher budget has led to some things like custom art. Naturally, it can’t compete with horror classics, and the tone is a lot lamer in general, but that’s window dressing as always. Importantly, this has meant there’s art for UI elements like indicators for regional modifiers or unique portraits for agents so it’s a lot easier to keep track of most things going on.
Gods vs. Names: gods have tiered unlock progression instead of having everything at the start and there’s a turn limit instead of the lightbringer ritual. This means that every game you always go loud, and every game your get powerful not from something you do intentionally (getting control of a powerful nation etc.) but from something progressive you can’t really speed up or slow down (god power unlocks, getting more agent slots, leveling agents, training an agent to magic 3).

Please, don’t leave us hanging: tell us who we should hand their award for the Steam forum passive-agressive post of the day to!

Fwiw, the demo works okay on Steam Deck. There’s a few map shortcuts that seem to be keyboard only, but it’s mostly playing okay with just the touchpad mouse emulation (though scroll speed is a bit slow)

But don’t take my word for it.

Maybe you could explain a bit more about why you think it’s worth our time? I’d much rather hear from you than whomever made that video you linked. Also, had you played the developer’s other game? I can’t even tell from anything you’ve posted whether you’ve played this game!

Anyway, I’m curious about this game, but I’m skeptical about the developer, so I’d love to read more of your thoughts about it, what makes it special, and why you feel it’s unlike anything else.

First of all, it’s very boardgame-like :).

In essence you take control of a sort-of-Lovecraftian Old God awakening from a slumber. By controlling human agents the goal is to eventually have about 50% of the human communities fall under your control.

Agents can move from location to location, each move taking a turn. In populated locations an agent is assigned a task, the duration of which is dependent on that agents stats. Since you initially start with only a couple of weak agents, the early game has a bit of spamming of “end turn” button, but random events break that up a bit.

As your agents succeed, they level up, you level up, and eventually you become strong enough the break the seals holding you prisoner. Once broken through the God becomes a playable character on the map. All the while the AI is sending heroes to find and kill your agents, or generally undo your efforts. The game lasts 500 turns, although the timer can be optionally turned off.

There are 6 (I think) Gods to play, each of whom supposedly relies on different tactics, but you have to win with the first to unlock the others, and I’ve only just done that, so I can’t say how different they really are.

As to the developers previous game, the engine was a less polished version of this one. I played it a bit, but it was a lot harder to make sense of what was going on, and I didn’t really care for the opaque and fiddly political machinations. The developer seems to have learned a lot since then.

As to your skepticism, the game is clearly a labor of love by a one (maybe 2) person team, with frequent updates and lots of communication with the community. I suspect it will be a little gem.

I suspect it will be a little gem.

I was excited for That Which Sleeps and disappointed that it never came out, so I’m considering buying this game. Is it worth playing in its current state in early access?

Absolutely. I think there is one more God to be added, and 1 or 2 systems aren’t fully developed, but it’s still a very satisfying game as it now stands.

Other than a graphics upgrade, what makes this different from the dev’s previous game that came out last year?

Shadows Behind the Throne 2 on Steam

You have the dev explanation here 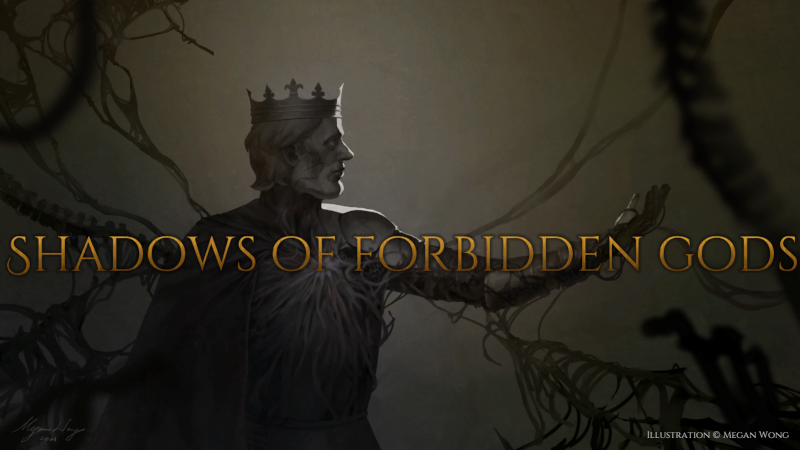 Shadows Behind the Throne 2 - Shadows of Forbidden Gods - Steam News

Shadows 2 reaches the end of its development, to allow a new edition to take centre-stage, focusing on the community favourite elements, and allowing a higher degree of polish.

and more in the comments

Shadows of Forbidden Gods :: Shadows Behind the Throne 2 Events &...

waiting until it’s out of EA

I didn’t realize we were talking EA. That’s going to ruffle some feathers around here, I suspect.

waiting until it’s out of EA

I didn’t realize we were talking EA. That’s going to ruffle some feathers around here, I suspect.

Well, given that it’s literally the first thing mentioned in the thread, anyone whose feathers are ruffled can take it up with their inability to read. :)

I’ve seen others ask it be in the title, but it’s nothing to me, end of the damn day.

Yes, I find really interesting that that totally failed project (scam? did they refund the Kickstarter?) actually made someone to make a small game first in itch.io for free, showing something like that could be done, then a paid version on Steam, and now this is the third iteration, which finally seems enough fully featured to succeed in all the empty promises that That Which Sleeps presented (although the art isn’t as good).

Thanks for sharing the history behind this, I didn’t know all that!

(scam? did they refund the Kickstarter?)

I never got my money back, but does that ever happen with failed projects?