Should I buy this TV?

I want to buy a good HDTV to play my first generation 360 on. I am looking at the Samsung 40" LNT4065F. Is there any reason I shouldn’t buy this? Price and size are a major consideration. Anything bigger than 40" is too much for my space and I have to go with a value buy. I’m mostly worried about game lag.

I don’t know much about HDTV’s so any feedback is appreciated. Thanks guys. 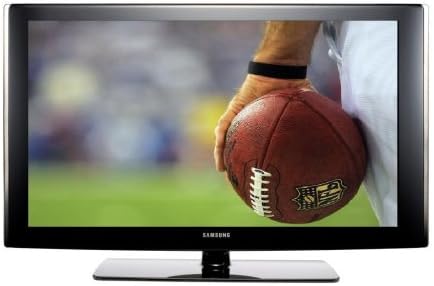 Kicks my Westinghouse’s ass. I see nothing wrong with that for the price.

If you want to save a few extra ($120) bucks, the LNT4061F is pretty much the same TV, except with a matte screen instead of a glossy. The 65’s glossy screen makes colors a wee bit more vivid, but I’ve seen 61s and 65s side-by-side and the difference is pretty small, definitely worth saving $120, especially if your viewing room lets in too much sunlight.

This might drop in price pretty soon now that Samsung has released their next generation series, the 71 series. I’d love to get the 40" 71 but people have generally loved the 65F so, while the 71 is “better” I’m betting I’d be just as happy with the 65F unless I had both sitting side by side!

Does the Amazon price include taxes? I always get confused about that. Because that would explain the price difference with Fry’s online for their more expensive tvs. No real difference for this one, especially since the shipping is up front free.

I have had the samsung LNR-409D for about 19 months now and it has been a really great TV so far (about 2 generations back from the one you linked). I haven’t had any trouble and 360/ps3/hd-dvd/blu-ray have been great on it. One feature I really like on my TV is the cablecard slot. For basically free (or really cheap like $1.50 vs $8-10 per month for a cable STB) I can watch all my cable content without an additional box. Why is that feature missing from most HDTV’s these days?

I just put my order in. Thank you guys.