Slay the Spire has a similar problem, but the art is a little better, in that it pulls off that ‘child artist’ vibe, to the point that it becomes a coherent style. Definitely didn’t like it the first couple of times, but it grows on you. Some of it even looks good. And the character animations are good enough, which they aren’t in RE.

I still think Slay the Spire’s art is repulsive

I played it for ages without noticing that the mushroom creatures were growing out of dead giant rats. My 12-year-old daughter pointed that out to me :)

but there’s a good reason for people using pixel art: it does the job well and it’s not repulsive.

Conversely, I adore the art in RE and detest pixel art, which is needlessly blurry and unclear in most applications. It’s reached a point where, with rare exception, the presence of pixel art in a game disqualifies it from purchase for me.

Dude. You can’t say no to this beauty. EDIT: sorry, fixed.

It’s a godsend for indie devs who can’t draw and can’t afford an artist!

Tooth and Tail is an ideal example of “this game might be interesting if I could see what the hell was going on.” I have a copy, and I’m sad to say the pixel art totally killed it for me.

I played it for ages without noticing that the mushroom creatures were growing out of dead giant rats.

Anybody tried streaming to iOS from steam with touch controls? Edit: works great so far.

Anyone tried to stream to iOS from PS4?

The Switch port is really well done, perfect game for the platform.

Finally got my first win, on Ironclad, after nearly 20 hours.

Gave the poker mod a shot tonite and after a little bit of trouble at the beginning, ended up playing the next 3 hours without so much as a break. The mechanics take a little to get your head around, but once you do so, it’s pretty fun.

Basically, instead of playing your cards one at a time, you play your cards (mostly) to assemble your hand. When you’re out of mana you play the hand you have and deal out the results according. All card effects are cumulative, and scale with the hand quality. Hearts heal, spade shield, clubs do aoe damage, and diamond damage hits the weakest hp creature. So if you have a 1,2,3,4,6 of hearts,spade,clubs,diamond and hearts, when you play your hand you’ll do 7pts of healing, 2 shield, 3 aoe damage and 4 damage to the weakest creature. Now, lets say instead of a 6 of hearts at the end of that, you have another 1 of hearts, giving you a pair - well, that’s 25% bonus on everything. two pair is 50%, three of a kind is 100%. The really interesting bit is how the hand mechanics play out - maybe you can only draw two more cards, and you’re holding two low pair and a high singleton. Do you discard the high singleton in the hopes of getting a full house? do you break the low pairs trying to get a triple with a better effect you need? Or do you stand pat and leave well enough alone?

Really enjoyed the mod and I recommend it 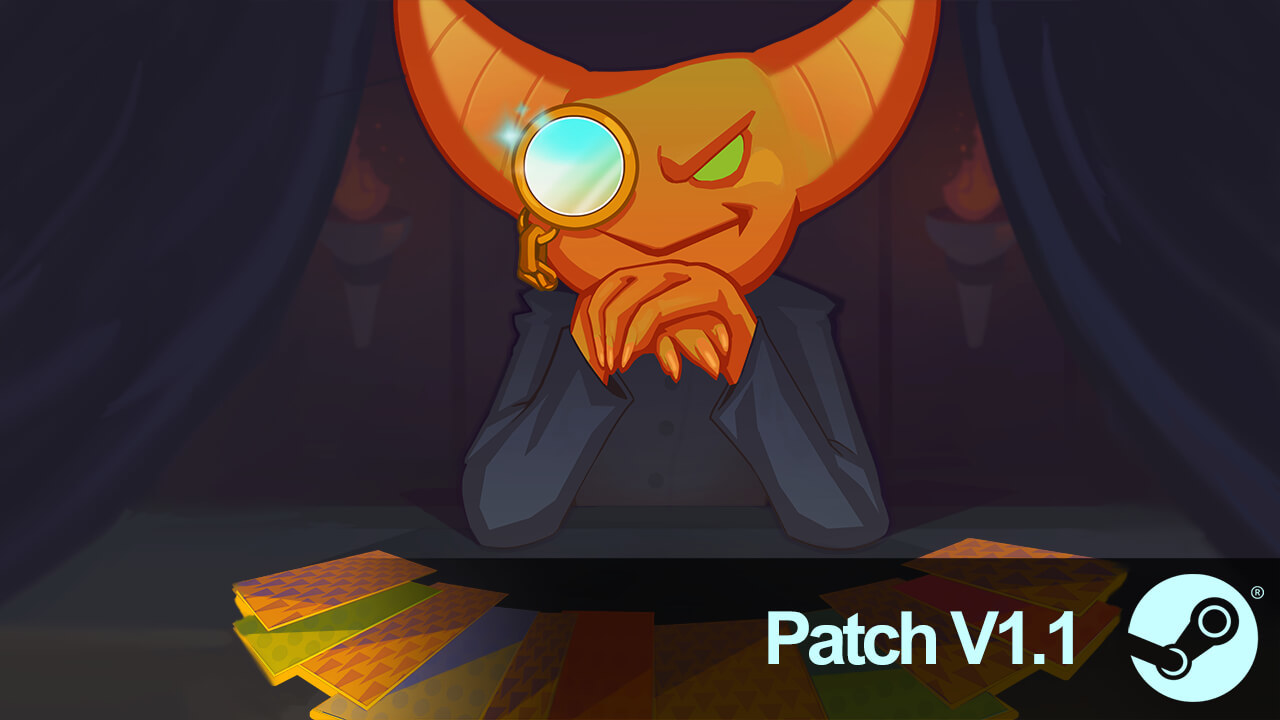 Hey everyone, It's been quite a while since release. The past few months have been pretty busy with ports and the patching of those ports but we wanted to update the PC version to contain all of the fixes, optimizations, and quality of life changes...

So I went all the way finally on my 7th game but I’m unclear on a couple things.

I beat act 4 with Ironclad, a heart shows up & I have a “victory” score of 705. Is that “ascension 0” for ironclad, and if I go again I’ll be on a slightly tougher “ascension 1” or something?

And what are people talking about with stopping after an earlier act?

I beat act 4 with Ironclad, a heart shows up & I have a “victory” score of 705. Is that “ascension 0” for ironclad, and if I go again I’ll be on a slightly tougher “ascension 1” or something?

And what are people talking about with stopping after an earlier act?

Ascension is an optional difficulty level. You chose the ascension level on the bottom when you start a new game. Each level makes some part of the game more difficult. Beating Act 3 unlocks the next highest ascension. It is specific for each character.
You don’t have to play higher ascensions. It’s there to increase the challenge when you learn an master the game’s base strategies and the starting setup becomes too easy.

Act 3 (the third boss) is the end point for game systems like the ascension unlocks.
There is an optional end boss, Act 4. It only has two fights. It is harder than the previous bosses and requires specific strategies and preparation in the three preceding acts to reliably beat, especially on higher ascensions.

Bah! I don’t consider it a proper win unless I kill the heart!

This came out on Xbox yesterday , included in Game Pass. I beat it with Ironclad my first run, though I didn’t kill the heart- no idea what was even going on with that. The Trickster is kicking my ass, though. Best run was up to the third act, but most I don’t even get off the first.

I think the first game is somehow mad easier cause I’ve beaten it too first time.

Don’t worry about not beating heart for now, complete the game as every class first.