My favorite was Chaos Space Marines, but as the rest said…

From the list of new units in the Assault Pack DLC:

Fast skirmish unit with high fire power.
Mobs of Ork Warbikers race into battle at suicidal speeds, exhausts belching greasy clouds of smoke. As they hurtle toward the enemy ranks, the Warbikers fill the air with a murderous storm of shots from their blazing dakkaguns. Surrounded by billowing clouds of smoke and dust, the Warbikers are protected from the worst of the enemy’s return fire – by the time the bikeboyz thunder out of this swirling cloud, they are all but on top of the foe.

What color are they?

The game will let you choose any color you like, but anyone that’s been paying attention knows that making them red gives them an undocumented speed boost.

There is actually a technology in the game based on the concept that “Red Wunz go Faster”.

There is actually a technology in the game based on the concept that “Red Wunz go Faster”.

Thanks. That’s actually the one I am most intrigued by.

Some buddies and I played a bit last night.

The Flayed Ones are an early unit for the Necrons and give them a really nice H2H shield. As Necros used to be the “firepower with no melee” race, this takes away some of their weaknesses.

I played Chaos and was looking forward to churning out some Land Raiders… but it’s a tier NINE tech, which means you’ll pretty much never see any in your games until you’re pretty close to winning anyway.

The last buddy played Tau… and he never built a “Gunrig”, but it sounds pretty cool. For a race predicated on mobility, a semi-fixed fortification could add something to the mix.

I’m looking forward to trying out the Guard – I suspect that the addition of a cheap transport will actually encourage me to buy some of the Guard HTH troops that I otherwise ignore. Likewise, a Space Marine transport in the mid-game sounds cool.

Yet another big Tyranid mega-creature doesn’t sound all that interesting to me, but I hope to be proven wrong.

I’m not sure why the orks needed yet another light vehicle.

I have not played the DLC, but when I last played I did feel the Tyranid lacked a late game beefy unit. Their options were kind of lackluster. Although maybe patches since have adjusted that.

I picked this up on the Steam sale, having had my eye on it for quite some time. It’s a lot of fun, but the AI seems to struggle. I’m cruising to victory without much - or any - opposition on Hard.

That’s weird, because the AI is actually pretty good. What difficulty are you playing on?

I found the AI to be rather good so I find that odd as well.

It’s a lot of fun, but the AI seems to struggle. I’m cruising to victory without much - or any - opposition on Hard.

That’s extremely strange and doesn’t match my experience at all, I wonder if you have a bug. As of a month ago (the last time I played) I’ve struggled to win at all on Medium. The AI the last time I played was coordinated, active, and aggressive. If you allowed it to play in teams, doubly so.

That was on Hard. I’ll slowly work through some different settings and see what happens.

To expand: I’ve played as Necrons and Space Marines on normal 4 player free-for-alls and just rolled. I tried on Hard as SM vs Orks on a tiny map and again had little trouble (I lost a unit taking out a city). I will bump up the difficulty and try again…

There was an AI update on June 12, I wonder if that broke it?

There was an AI update on June 12, I wonder if that broke it?

I was just wondering the same thing. The behavior @Fifth_Fret is describing is completely incompatible with my own experiences with the game, so I figure something must be broken.

I sure hope it’s something that can be fixed! I was certainly hoping for more of a challenge based on reviews here. I’m sure I can nudge the difficulty up a bit; the behaviour seems fine, it just seem short on material.

I haven’t seen anyone talking about the recent patch breaking the AI on the forums, maybe you are just some sort of Relics of War savant? 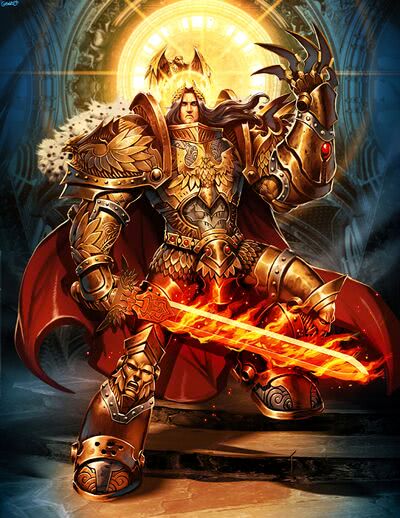 You’re not setting yourself to a level that’s giving you an economic advantage, right? The difficulty adjusts the AI levels but you can independently tweak yours - make sure the setting in the red oval here isn’t giving you bonuses: 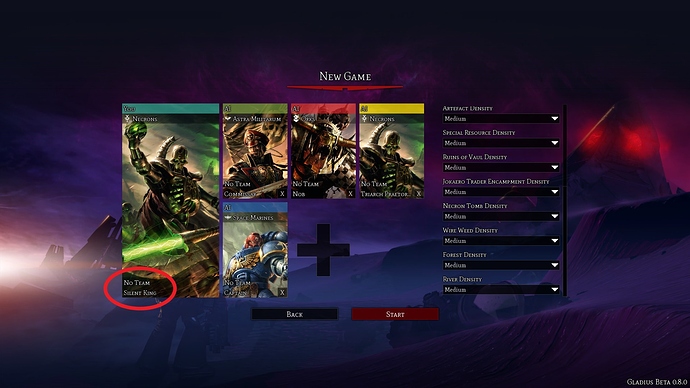 Counterintuitively, higher ranks for your own character make the game easier for you. Check the rollover if uncertain.