So, is the 3DS a dead platform?

Oh the unit is physical the same, it’s the software that’s modded now. I could’ve done it myself but the instructions made my brain melt so I paid someone else to do it.

It is a bit tedious, especially when you have to go into the system menu where the UI becomes super utilitarian. Still, I’m glad that buying a special game cartridge and being on a specific firmware that you can’t roll back to is no longer required. I bet you’ll have lots of fun with it. :)

I’m glad that buying a special game cartridge and being on a specific firmware that you can’t roll back to is no longer required.

But yeah, so far it’s been amazing. I love the Switch, but the DS/3DS is something special.

Oh yeah, I should’ve said I was just referring to that being the situation years ago. It’s much quicker, if a bit fiddly, to setup now

Well that’s good. I have to admit I’m glad folks out there will do it for me though. I was too afraid to brick the damned thing.

Hey has anyone here replaced the battery in their 3DS? Is it easy? The battery I’m currently using doesn’t seem to last as long as it used to so I wanna put a new one in there.

Edit: Apparently, if you leave this thing charged too much it reaalllly kills the battery, so apparently you charge and unplug often, rather than leaving it charging. Whoops.

Yeah, don’t leave it on the charger. I’m in the process of looking for a new battery myself, so thanks for the reminder! From what I’ve read briefly though, the replacement batteries don’t seem to endure as well as the original. I don’t know there.

This guide from ifixit should help. It is really easy to replace. 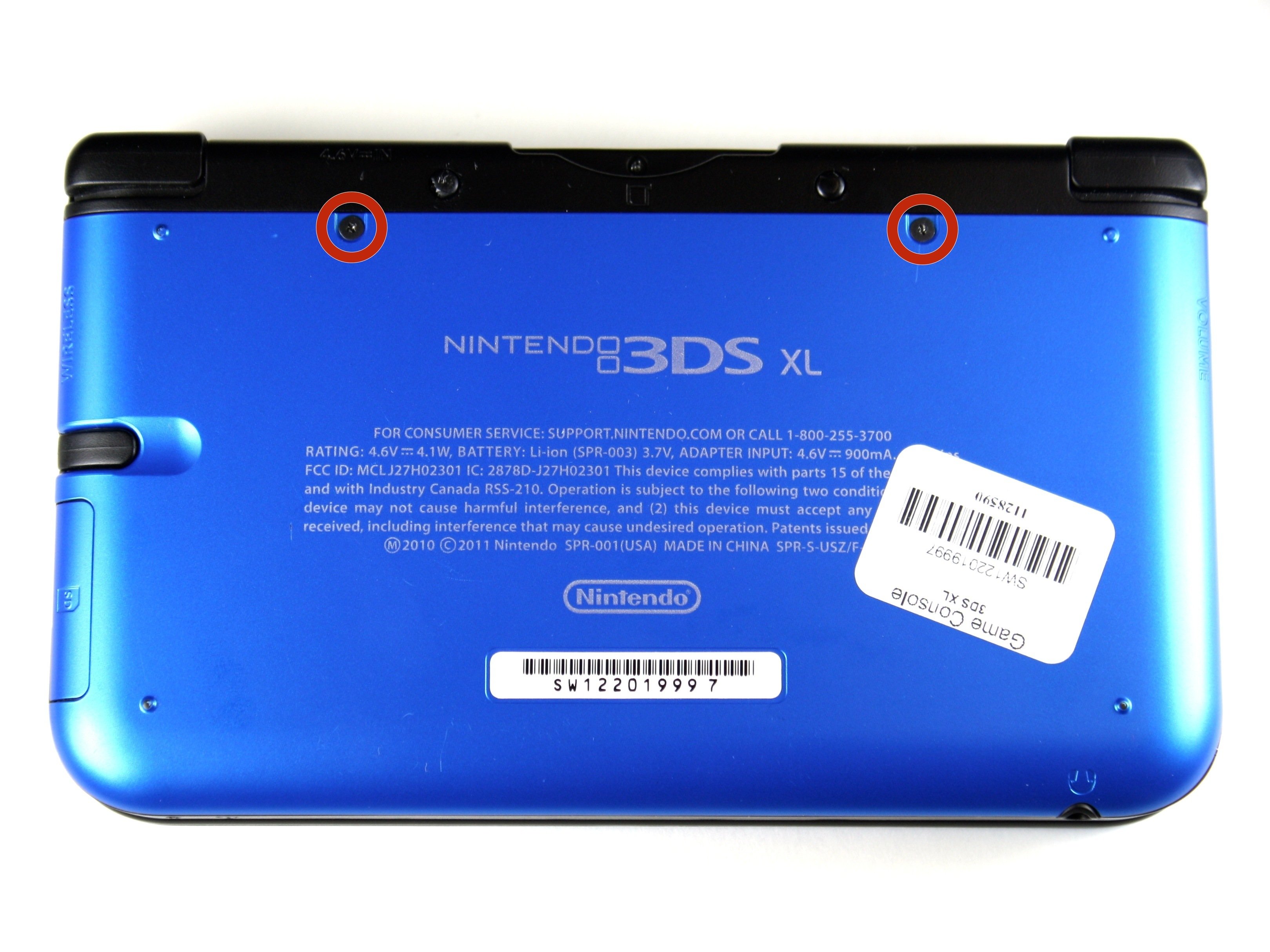 You will be able to remove the battery of the Nintendo 3DS XL which will enable you to replace it.

It’s about as complicated as replacing the SD card which is definitely worth doing if you haven’t already.

Oh yeah I got a 128gb in the thing. Ordered a new battery from eBay that does claim to be an original Nintendo model, so I hope that’s true.

Nice thinking Brian. I ended up grabbing a 128GB myself to replace the 32 I had in mine. Come to think of it, I reckon I spent as much on the 32GB years ago as I did on the 128GB now.

I’ll admit, there’s a lot of sentimentality with my DS/3DS games and library. I’m in no hurry to see them obsolete, so I also grabbed a ‘like new’ 3DS online just so I have a backup in case mine fails. Maybe silly on my behalf, but it is what it is.

The demand skyrocketed during the lockdown, at least where I’m based. A couple of years ago they were quite cheap. I got a 2DS XL not long ago and although the build quality isn’t great it’s nice and light.

Yeah, demand skyrocketed even when Nintendo announced they were ending the 3ds line. The writing was on the wall for a while. I wish I purchased a new one when I thought of it around that time, as I realised I had accumulated a decent library of games. But all the same, the one I purchased still looks in great condition and is identical to what I currently have (a blue ‘new’ 3ds).

Truth be told, if Nintendo had a Switch console that incorporated a port for the DS/3DS catridge, I’d be on that in a heartbeat. Remains to be seen what library of games they release for the Switch in the DS/3DS lineup later down the path .

Kind of impossible to do with DS/3DS games always using 2 screens.

So after folks here gushed about it, I decided to give Pocket Card Jockey a try.

Pocket Card Jockey will probably be my last purchase on 3DS. I’ve been meaning to play that since it came out.

Damn, 3DS games are stupid expensive.
Just loaded another $200 onto my account - still not sure if that will be enough.

Just loaded another $200 onto my account - still not sure if that will be enough.

Damn, amazing. I wonder if this sort of thing, if it happens enough, will convince Nintendo to reverse their decision.

That is a nice thought, but judging Nintendo by its history, I doubt anything will cause them to reconsider.

This is the same Nintendo who virtually never offers any meaningful discount on their games. Keeping the eshop open costs money. They’ll want it closed.

To frame in a more positive light though, I do hope that this is a nice reset for Nintendo so that they can develop a more unified experience from here on out. The switch is that nice amalgamation of handheld and console. No longer do they have to deal with different platforms. If they can have a Switch platform, and gradually maintain continued reverse compatibility down the line of whatever supersedes the Switch, it would be happy days for both consumer and Nintendo alike. Though admittedly, they might stand to lose money if they can’t re-release old games, maybe. Eg: I just bought Radiant Historia for 3DS which is a re-release of the DS game that I also own. But improved graphics, better story traversal make me think I’d prefer the 3DS version more? At least now I can compare and contrast. Heck, even have one game in the catridge slot and play the eshop version on a whim.

Also, I really should have posted games I’d recommend for this platform, but there’s some I’m dicey on. Eg: Would I recommend Fire Emblem: Awakening, which to me was the best game on the system even though it has a character (Nowi) who is a young sexualised girl, but hey, it’s cool, she’s really 1000’s of years old.

The same can be said for Stella Glow. It’s another SRPG game, it has a bit of that questionable young girl vibe to it, but gameplay I found excellent. Story was a little cringey at times, but also had a twist or two I didn’t see coming.

Fantasy Life - oh boy. It took a bit for me to get in the groove with that game, but it was wholesome fun. That’s certainly a game that deserves to be ported later on.

Rune Factory 4 you can get on switch (and on Steam).

The Dragon Quest Games (VII and VIII) - well I made it maybe half way through DQ VII before I got distracted, and I think I need to restart. But it’s a huge game, well worth trying out.

With regards to the other Fire Emblem games on the system - I played around with Fire Emblem Fates. Future me has it so I’ve got all three paths now available (birth right, conquests and revelation - need to get 2 of the three as DLC depending on version owned). Biggest drawback with that game was the sheer number of characters thrown at the player. Big, big list List of characters in Fire Emblem Fates | Fire Emblem Wiki | Fandom

As for the third Fire Emblem game (Conquests of Valentia), I haven’t played it much, beyond just now getting the DLC for it, so I don’t know.

I’d recommend against Xenoblade Chronicles for 3DS and get it on the Switch instead.

Tragedy! I’ve been testing some of my old cartridges to make sure they still work. Turns out 2 of my Pokemon games have suffered the fate that many of the same have previously and just don’t work anymore. The solution might be to resolder the chip, but I don’t have the skills for that. Alas.